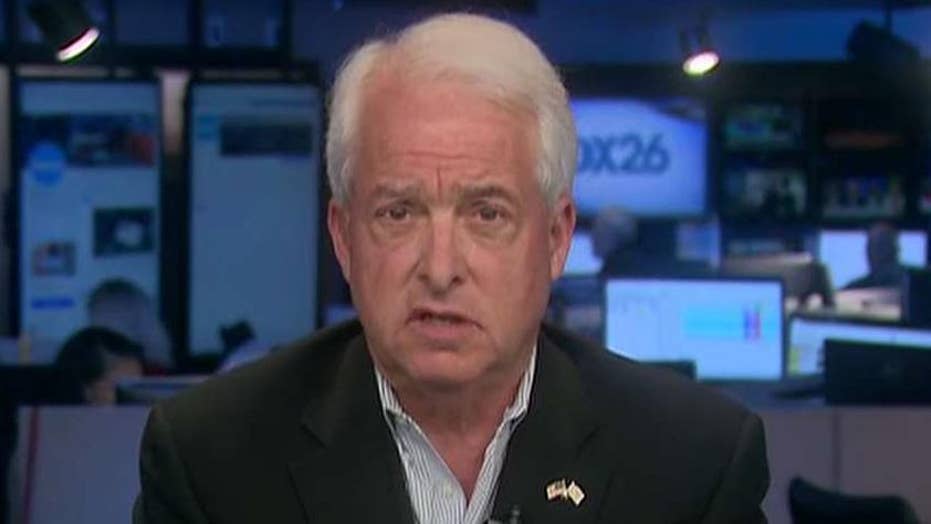 John Cox looks ahead to the November election in California

Imagine the candidates for California governor are finalists for a senior position on a bridge building project.

Imagine one of the applicants has been building and managing bridges for decades. During those years, a few bridges turned out fine. But some have cracks, and many have collapsed.

This applicant has a record of ignoring important aspects of the job – meetings about the fate of some of the fallen bridges, how to keep people safe, how to fix the problems – and the people whose lives are impacted by the failures.

By most accounts, this individual has either been absent or too busy with other projects (which garner rewards for his rich friends) to care about the problems he oversaw and the bridges that fell down.

This is essentially what Californians will get if they elect my opponent, Democrat Gavin Newsom, as governor.

The pundits and political class in California were disappointed when they were all wrong and I defeated a former Los Angeles mayor (Antonio Villaraigosa) and the sitting California state treasurer (John Chiang) in the state primary. They viewed my lack of political experience as a flaw. But for many Californians forgotten by the political establishment, that makes me more qualified to lead this state.

For the past 40 years, I have grown businesses, created jobs and built affordable housing. I know what it takes. So, in the bridge scenario, I am the applicant with a concrete history of tangible results.

I have the experience and expertise to tackle California’s skyrocketing prices and lack of affordable housing. I can help families who currently have to choose between paying their rent and putting food on the table.

I am running for governor of California because there are special interests controlling every aspect of our government, from big business to big labor. They know the current political class is for rent, and they care little about the daily struggles that Californians endure.

California needs a change. We need new ideas, new energy and a new light to be shined on the real issues facing Californians – the ones that impact our everyday lives like housing, traffic, gas prices and the overall affordability problems plaguing our state.

Everyone knows someone who has either moved away from California recently, or who is thinking about moving away in the next few years. My family came to California in the 1940s. My mom retired to the Central Valley in 1980. And this is where my daughter was born. I love California like so many people who struggle each day just to stay here.

On day one of my administration, I will focus on building 300,000 new homes per year through 2028. We must reform laws – like the outdated California Environmental Quality Act – that hamstring affordable housing developments and hamper new infrastructure like water storage and conveyance.

It is unconscionable that these regulations were recently suspended by Sacramento politicians to build new sports arenas, but not to build new affordable housing for California families that struggle to pay their mortgage.

My plans aren’t limited to housing affordability. I am the only candidate with a plan to address our state water needs in order to help our farmers and ranchers. I support Proposition 3, the bond initiative to fix water conveyance systems and complete of the state water project.

That’s a big difference between me and Mr. Newsom. His campaign coffers are filled with thousands of dollars from special interest groups that are working to make farming and ranching harder. I’m committed to keeping California number one in the world for agriculture.

As for Gavin Newsom, just look at his tenure as mayor of San Francisco to see the dramatic problems that city faces as a result of his failed management and policies.

After $1.5 billion spent on his watch, the San Francisco Chronicle reported on the results of his “Ten Year Plan to Abolish Chronic Homelessness”: “New homeless encampments dot downtown alleys. Panhandlers still pervade the city. Needles, urine and human feces still litter sidewalks. It’s not unusual to see homeless mothers with children begging downtown, people bathing in the sinks at the Main Library, and open-air crack and heroin use within view of the mayor’s balcony at City Hall.”

Millions of Californians are struggling. They are the forgotten ones, falling through the cracks. Their choices are to work two or three jobs in order to afford basic housing, groceries, and energy; or move their families out of California. And it has all happened on Gavin Newsom’s watch.

I believe that California voters will have the courage for change, and will vote for someone new on November 6.

John Cox is the Republican gubernatorial candidate in California.