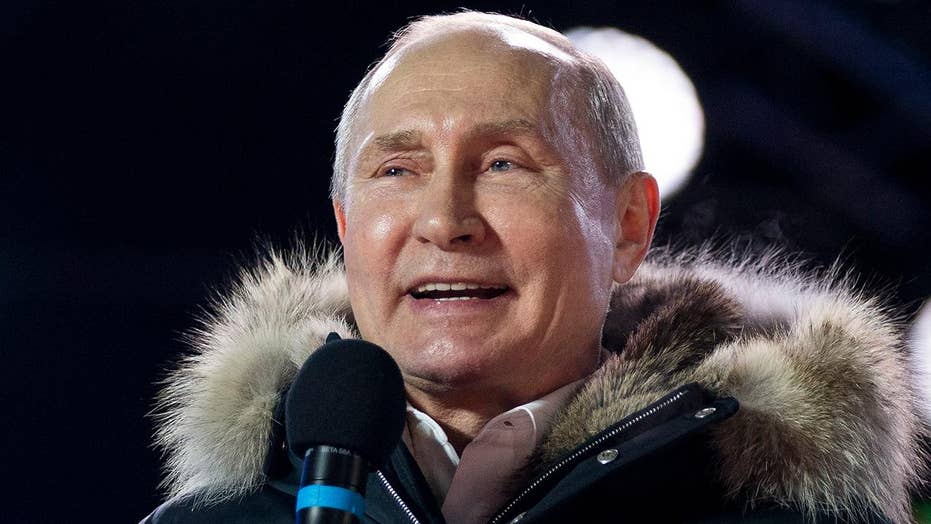 How will Putin's victory impact relations with the US?

Darkness is falling in Russia. Vladimir Putin didn’t simply secure re-election on Sunday, winning 77 percent of the vote in a rigged election. He has consolidated all power in his hands and emerged as a modern-day Czar. He has also set his country on a collision course with the West, one that could prove catastrophic.

A close look at Putin’s record and rhetoric reveals a man consumed with re-creating a totalitarian state, expanding the country’s borders and rebuilding the glory of Mother Russia.

Putin has crushed the nascent democracy that was emerging in post-Soviet Russia in the 1990s, and brooks no dissent. His critics – be they journalists, businessmen, politicians, or anyone else – disappear, or die.

Consider the latest case of Sergei Skripal. The Russian spy flipped and became a double-agent working for the West. But having betrayed Putin, he and his daughter were found critically injured in Great Britain, poisoned with a military-grade nerve agent of a type developed by Russia. Prime Minister Theresa May determined Russia was behind the attempted assassination. She also believes Moscow is behind other assassinations of Putin critics on British soil, and expelled 23 Russian diplomats from Britain.

Meanwhile, Putin has crushed the nascent free market economy that was beginning to emerge after the collapse of the Soviet empire. Russia’s re-centralized economy is suffocating. Poverty is rampant. Deaths by alcoholism and drug overdoses are exploding. One in four Russian men die before age 55. And Russians aren’t having enough children to replace themselves. Why would they? They have no hope.

Now that Putin has finished with his re-election charade, we must be prepared for the possibility that he will become even more aggressive -- kill more critics, possibly invade another country.

Yet if life is so dismal in post-Soviet Russia, then why is Putin so popular? And how should leaders in Washington counter the real and rising threat Putin poses to the U.S. and our allies?

Why Is Putin Popular?

In 1999, then-Russian President Boris Yeltsin appointed Putin as prime minister. Many Russians didn’t even know who he was. Only two percent supported Putin to replace Yeltsin as president. Yet in just a few short months, Putin’s approval rating skyrocketed to the mid-80s. When Yeltsin formally stepped down as president, Putin was easily elected to replace him.

How did the Putin become so popular overnight? By invading Chechnya. He accused the Chechens of perpetrating a series of horrific apartment bombings (without any solid evidence, mind you). Then he proceeded to bomb Grozny, the Chechen capital, nearly out of existence. The Russian people concluded Putin was the strong man they needed to keep them safe.

In time, Putin’s approval ratings dropped from the mid-80s to the mid-60s, and Putin was fit to be tied. He gave a major speech declaring that the collapse of the Soviet Union was “the greatest geopolitical disaster” of the 20th century. He complained that “tens of millions of our co-citizens and compatriots [find] themselves outside Russian territory.”

Then, in the summer of 2008, Putin and his protégé, Dmitri Medvedev, ordered Russian forces to invade the Republic of Georgia. They proceeded to occupy 20 percent of Georgia, and Putin’s poll numbers skyrocketed to 88 percent.

Fast-forward to 2011 and 2012. Russians were on the streets, protesting against government corruption and a weak economy. Putin’s numbers were deflating again, hitting a low of 61 percent.

Next, Putin sent Russian forces into Syria. Together with Bashar al-Assad, Iran’s ayatollahs and the jihadists of Hezbollah, he helped slaughter thousands of people. Millions more have fled for their lives. Suddenly, Russia was the new superpower in the Middle East. Just in time for another Russian presidential election.

Putin isn’t winning elections – even rigged ones – because he’s making day-to-day life better for the average Russian. To the extent people willingly vote for him, it’s because he appeals to the bloodlust deep in the Russian soul. Putin creates a crisis, sends Russian forces into battle, crushes his enemies, and declares victory, and the people have something to cheer.

How Should Washington Respond?

In the face of such a grave and growing threat, however, President Trump has been essentially radio silent about the most dangerous dictator on the planet. He only mentioned Russia once in his State of the Union address. He rarely if ever Tweets criticism of the Russian leader. Indeed, Mr. Trump is more critical of his own Attorney General, Jeff Sessions, than he is of Putin.

Now that Putin has finished with his re-election charade, we must be prepared for the possibility that he will become even more aggressive -- kill more critics, possibly invade another country.

Now is the time, therefore, for President Trump to impose far more — and far tougher — sanctions against Russian officials and oligarchs to punish them for their crimes and prevent new crimes. The moves he made last week were steps in the right direction, but not nearly enough.

Follow the money of Putin’s inner circle. Freeze their assets. Make it difficult or even impossible for them to use or move their money from U.S. and European banks. Prevent these gangsters from having the freedom to travel into the U.S. and NATO countries. In short: hit the Russians where it really hurts, in their wallets.

Mr. Trump must also speak out clearly and more firmly against Putin’s aggressions in interviews and tweets. He should deliver a major speech declaring that Putin poses a clear and present danger to the national security of the United States and our allies, explaining Putin is hungry for wealth, hungrier for power, hungrier still for territory. He needs to lay out a comprehensive strategy to counter Russia’s military, intelligence and cyber threats. And he needs to significantly beef up U.S. and NATO deterrent forces in the Baltic States, which currently are too lightly defended and thus vulnerable to Russian attack.

Meanwhile, the president ought to host a meeting with U.K. Prime Minister Theresa May and other NATO leaders to discuss and implement additional unified strategies.

Darkness is falling in Russia. A virulently anti-American Czar is sitting in the Kremlin, plotting his next moves. Only decisive American leadership, in concert with our allies, can stop him. And stop him we must.