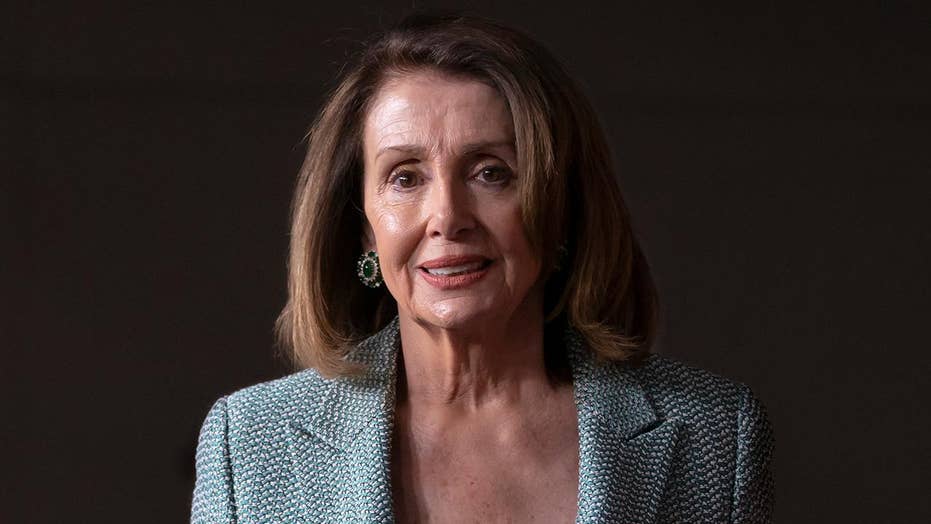 There has been a lot of talk about exoneration since the release of Attorney General William Barr’s summary of the Mueller report and I can’t help but feel that it’s missing the point.

The only person Attorney General William Barr’s summary of the Mueller probe exonerated is Nancy Pelosi. And it’s time that all Democrats wake up to that reality.

Over the past ten days or so there has been an intraparty dispute over whether Democrats should be pushing the issue of impeachment. Judiciary Chairman Rep. Jerry Nadler, D-N.Y., was on the Sunday show circuit bobbing and weaving while Rep. Maxine Waters, D-Calif., and others were more direct: Trump has committed impeachable offenses. Not only that, we should be focusing on them.

MUELLER DID NOT EXONERATE TRUMP – BARR ACTED AS JUDGE AND JURY. NOW CONGRESS NEEDS TO DO ITS JOB

Then comes Speaker Pelosi, flexing her experience and impeccable judgment just as she did during the border wall/government shutdown hysteria with wise advice for Democrats: focus on the issues and wait until we get all the facts to talk about removing Trump from office.

This is a proven strategy for success. There were barely any Democrats running on a Russia conspiracy/impeachment platform in the 2018 midterms. The line that “Democrats are running on collusion” is a favored talking point of the right, based in as much in reality as the conspiracy theory that Hillary Clinton was running a pedophile sex ring out of a D.C. area pizza joint.

Democrats ran on the promoting a positive agenda centered on the promise to protect ObamaCare – which now enjoys over 50 percent approval – and delivering smart fixes that will make sure health care is affordable and high quality. The proof is in the victory pudding with over 40 percent of Americans reporting that health care was the most important issue to them and overwhelmingly breaking for Democrats.

We picked up 40 Congressional seats (with North Carolina’s 9th district set for a new election after a GOP congressman cheated) and seven governors’ mansions. Not to mention taking back state legislatures all over the nation.

America welcomed Democrats back into power after a dismal electoral performance the last decade wherein we lost over 1,000 seats.

Just days after the 9th anniversary of former President Barack Obama’s signing of the Affordable Care Act, an achievement largely due to Pelosi’s ability to bring her caucus together, we need a much more honest reckoning of what she is offering Democrats.

Pelosi consistently shields them from uncomfortable positions like having to back her for speaker on the campaign trail. Bash her if you need to, Democrats were told. And more recently, the move to poo-poo impeachment talk without A) a smoking gun and B) a majority in the Senate gives Democrats a better chance at getting to talk about the issues that animate their campaigns and agendas.

Just look at the candidates running for president. Do you think Senators Kamala Harris, Elizabeth Warren or South Bend’s Mayor Pete wants to waste breathe on this? They’ve got an agenda to address economic inequality, advance the health care debate and criminal justice reform to roll out.

Or how about any of the new moderate Democrats that were elected in districts that went for Trump in 2016? There are a whole hell of a lot of Americans who couldn’t care less about the Russia probe and they chose us, Democrats, to represent them in Congress.

All this is to say, I didn’t know the term “Trust the Process” until last year’s NBA playoffs. There I was in Philadelphia watching 76ers star Ben Simmons put up one of the more dismal performances of his career thus far against the Celtics and suddenly the crowd erupts into a chant of “trust the process.” I got a quick tutorial from my boyfriend and the diehard Sixers fans around me and it all fell into place.

Nancy Pelosi is the Sam Hinkie of politics. Thankfully, we never made the mistake of firing her. It’s time to #TrustTheProcess.