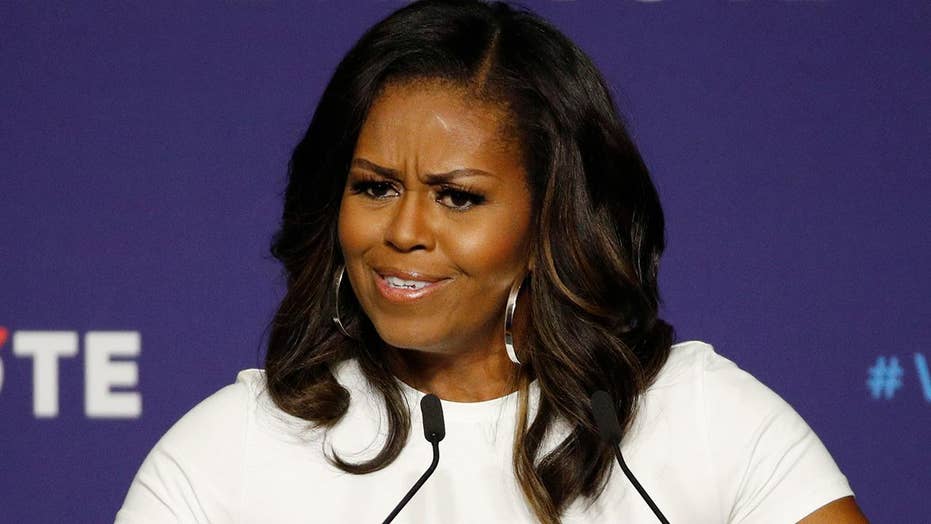 You may have noticed a recent uptick in the number of public appearances by former first lady Michelle Obama this election season. I, for one, am thrilled to see her. Not just because I miss the Obama days but because she’s promoting the most important message of this political season: vote.

In a newly released video this weekend, the former first lady teamed up with the NAACP in an effort to turn out more African-American voters. “The election is almost here. That means it’s time to use your power. It means it’s time to vote, because if you don’t, other people will.”

This is a refrain Michelle has been hitting for months. The notion that Democrats could miss taking the House back during a president’s first term – for just the third time since 1832 – is a possibility we’d be irresponsible to ignore. Our odds are around 80 percent to take the House, but Hillary’s odds to win the presidency were about 80 percents as well and we all know how that turned out.

Not to dwell on 2016 too much, but the reason we lost wasn’t crummy polling or an unpopular agenda. Quite the opposite, in fact. It was because of turnout.

Not to dwell on 2016 too much, but the reason we lost wasn’t crummy polling or an unpopular agenda. Quite the opposite, in fact. It was because of turnout.

Democratic leaders knew this was going to be our challenge.

We all remember when President Obama chided the amped-up audience at the 2016 Democrat National Convention with “don’t boo, vote.” While the line garnered huge applause and a lot of chatter about the importance of turning out, Democrats still fell short.

More specifically, black turnout was down – by a lot.

According to Pew Research, the black voter turnout rate declined for the first time in 20 years in a presidential election. It fell to 59.6 percent from a record high 66.6 percent in 2012.

I’m not naïve enough to think that Hillary Clinton would excite black voters as much as President Obama did. Many of us felt there was something special about our first black president, but it meant even more to the black community. But for the black voter rate to drop for the first time in 20 years? That’s a big deal.

Michelle Obama spoke directly to this issue at her rally in Las Vegas, “There are people out there right now who are making it harder to vote… Because you gotta ask yourselves in this democracy, why on earth would anybody, regardless of party, wanna make it harder for people to participate in the democracy…They’re finding all kinds of ways to keep you at home. Hoping that when you hear about all those things, you’ll just give up and just think that voting is just too hard.”

The result if you don’t? Living with “the consequences of other people’s choices” as Obama put it. And that plays right into Republicans’ hands because they’re banking on lower turnout and that come 2020, the Democrats won’t run a candidate that will bring those turnout numbers back up.

I remain cautiously optimistic about the midterms and Democrats’ prospects in 2020. At this moment, though, there is nothing more powerful – and should be as frequently repeated – as Michelle’s message of turning out on Election Day.

Perhaps we should update President Obama’s slogan to “Don’t #resist, vote” this time around.