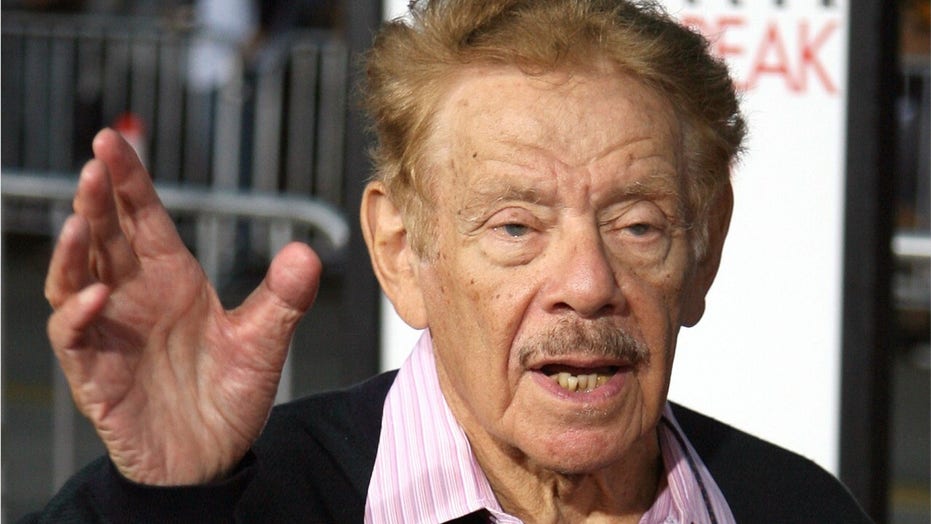 Comedian Jerry Stiller, who was best known for his role on 'Seinfeld' as the high strung father of George Constanza, has died of natural causes, his son, actor Ben Stiller confirmed.

Frank Costanza’s “Aunt Baby” may never have made it – but the real-life Gerald Isaac Stiller made it to 92, a long and storied life demonstrating that age is only a state of mind.

“I’ve never thought of stopping,” the then-84-year-old actor said in an interview. “The only time you ever stop working is when they don’t call you.”

The classically trained Brooklyn-born actor and comedian first burst onto the national scene in the 1960s with his wife and actress, Anne Meara.

“Stiller and Meara” was a wildly popular husband and wife comedy duo that appeared on variety television programs throughout the 1960s and '70s, becoming a fixture on "The Ed Sullivan Show.” Clever writing coupled with the pair’s gift for improvisational performance made them hit.

Acting can be a fickle business with many performers peaking quickly and then fading even faster. But Jerry Stiller’s career seemed to ride from peak to peak, perhaps a testimony and reflection of his versatility and humility.

When Jerry Seinfeld came calling with the role of Frank Costanza, Stiller turned down the part because he was committed to a play with Tony Randall called “Three Men on a Horse.” But the play shut down five months later and the actor needed the work.

Stiller’s agent suggested holding out for money, but the actor disagreed, wanting to see where it might lead. Where it led was comedy immortality.

“I didn’t think the lines were so funny, so I started changing the lines,” he recalled. The role, originally played in earlier episodes by John Randolph opposite Estelle Harris, was written to be a quiet, subservient-type character. Stiller took the part in an entirely different direction, creating the eccentrically loud, agitated and combative Frank Costanza.

Following his five-year run on Seinfeld, Jerry Stiller would reprise a version of the character in the hit sitcom, “King of Queens.” Playing Arthur Spooner – an eccentric and conniving nudge who lived in the basement of his daughter (Leah Remini) and son-in-law (Kevin James) – the comedian made grilled cheese sandwiches with the couple’s iron while falling under the spell of neighbor Lou Ferrigno’s gossip.

As both Frank and Arthur, the iconic and versatile performer would deliver memorable and timeless lines – articulating frustrations in phrases proving that, more often than not, life imitates sitcoms.

Whenever someone really bothers me, whether in Washington, the office or even one of our own boys, I often find myself muttering, “Serenity now!” – the calming, relaxation meditation Frank Costanza hollered to soothe his nerves.

We don’t celebrate Festivus in our house – the holiday Frank originated after coming to blows over a doll purchase for his son – but we do believe it’s healthy to “air our grievances” when tempers rise. Hold the “Feats of Strength,” please.

Though I suspect we’ll continue to enjoy Stiller's comedy for years to come thanks to reruns, his legacy goes well beyond humor and the mindless musings of an eccentric or agitated man.

In a recent interview, Stiller reflected that the reason "Seinfeld" worked so well wasn’t just because it was funny or creative.

“We weren’t thinking of our next line,” he said. “We were listening to each other. We liked each other and we just made each other laugh.”

Life would be a lot more enjoyable if we followed Stiller’s advice – if we listened more and maybe talked less, working to understand each other rather than always insisting on being understood.