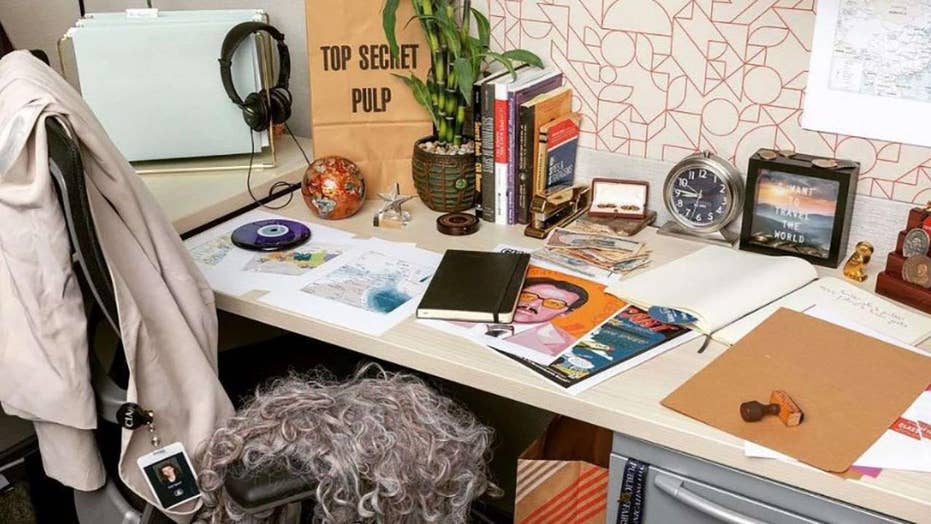 CIA joins Instagram with a staged photo of Haspel’s desk

The Central Intelligence Agency, one of the government’s most secretive agencies, came out of the cold Thursday morning by joining Instagram.

From the very first day an intelligence officer begins his training, he is primed on how to become the best salesperson in the world. Spies aren’t selling an ordinary product, however. The product they’re selling is treason. If an intelligence officer doesn’t close a deal, he might end up getting killed or spending the rest of his life inside a foreign prison.

Treason, which is generally defined as betraying one’s country, is a pretty tough item to sell, particularly because the punishment for it is unforgiving. In the United States, when Ethel and Julius Rosenberg were convicted of conspiring to share U.S. atomic secrets with the Soviet Union in the 1950s, they were executed in the electric chair.

Punishments for treason throughout the world have also included being hanged, beheaded, burned at the stake, or, more commonly today, life imprisonment. Committing treason is a massive risk that comes with huge consequences, but intelligence officers are specifically trained to have the persuasion skills get people to take that risk and help the United States.

Now, I imagine you’re not an intelligence operative who needs to persuade someone to betray their country. But, like most people, you’d probably love to have the skills to persuade anyone — a friend, family member, co-worker, boss — to do anything you want.

While I don’t have months to train you like a spy, I can share one of the best ways to elicit information from somebody without them knowing what you’re doing. When you know what truly motivates someone, then you possess the keys to the kingdom when it comes to persuasion. One of the ways to do this is using what we call the “Hourglass Conversation.”

Remember (as any spy will tell you), being completely self-serving often results in a failed operation, so make sure you aren’t using this for inappropriate purposes.

This is a process spies use to transition from macro to micro (like the shape of an hourglass). For example, by starting with a broad general topic and then narrowing in on a specific topic, and then going broad again, you can quickly pull incredibly valuable information from someone without raising suspicion.

You might ask a person about their clothes at the beginning of the conversation, then switch to their work (or the real information you want), then go back to another general such as where they like to vacation or their favorite foods. People often remember the beginning and end of a conversation — but not the middle. This is crucial.

This is why spies ask the probing question in the middle of the conversation. This is how they can determine if their target has what they want without coming off as suspicious. They can also find what motivates their target. (For what it’s worth, most civilians think targets want money, but a large motivating factor for why people spy for the U.S. is because they want a better education for their children).

In the normal world, you can use this to assess someone’s desire to work with you, to find out what makes them tick, or even what they truly think about you.

I share this knowledge to empower you. Just remember (as any spy will tell you), being completely self-serving often results in a failed operation, so make sure you aren’t using this for inappropriate purposes.

The good news is, with some practice, the hourglass technique is fairly easy to execute, and it can save you hours of time when it comes to persuading someone to do what you want and will be beneficial for everyone.

Jason Hanson is a former CIA officer, security specialist, and New York Times bestselling author of "Spy Secrets That Can Save Your Life." His new book, "Agent of Influence: How to Use Spy Skills to Persuade Anyone, Sell Anything, and Build a Successful Business" (Dey Street Books) goes on sale June 4th.