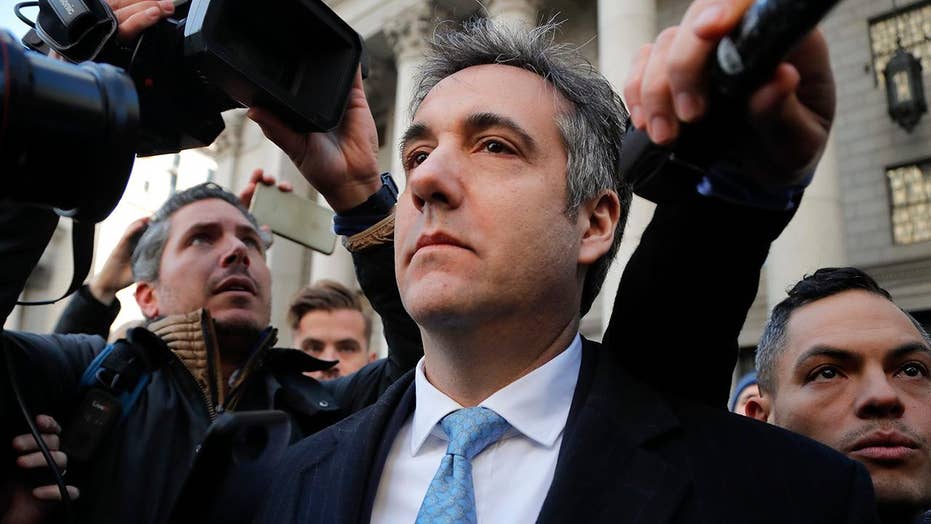 With a Republican president in place and soon-to-be Democrat-run House, the Department of Justice (DOJ) has conveniently remembered that they have the ability to prosecute people who lie to Congress.  This was a power they had inexplicably forgotten about during the 10 years that Democrats were benefiting from witnesses who lied.

No doubt there should be consequences and accountability if you testify to Congress under oath and blatantly lie or violate the law.  But the DOJ seems to have different standards based on which party’s political fortunes will be impacted.  It is this unequal application of justice that is dividing the country and threatens peace.

Michael Cohen, Donald Trump’s former attorney, struck a plea deal with the DOJ for lying to Congress.  But what about all the other egregious cases of misconduct interacting with Congress?  Why weren’t those pursued or prosecuted?

Let’s look back at how a very similar case was handled just a few short years ago.  After FBI Director James Comey announced there would be no charges against Secretary of State Hillary Clinton or any of her associates for a variety of potential unlawful acts, Comey testified before the House Oversight Committee.  I was the Chairman of the committee at the time.

When I asked Comey specifically if he had reviewed Secretary Clinton’s testimony before the Benghazi Select Committee, he confirmed the FBI never reviewed nor considered that testimony.  As Chair of Oversight, I along with JudiciaryChairman Bob Goodlatte sent a formal request to the DOJ.  We never even got a response.  Note the contradiction: Cohen is forced into a plea deal and Clinton’s lies to Congress were not even reviewed.

The inconsistency always seems to conveniently favor the Democrats and penalize those connected to Donald Trump.

Eric Holder became the first Attorney General (AG) in the history of the United States of America to be held in contempt of Congress.  Nearly a year after the formal vote in the House of Representatives, the DOJ said they were going to exercise prosecutorial discretion and not pursue charges.  Again, note the contrast.  Cohen is prosecuted. The Holder matter is not even presented to a grand jury as required by law.

Last year the DOJ settled two lawsuits involving 469 conservative groups by paying $3.5 million for the targeting done by the IRS in suppressing their applications based on their conservative nature.  IRS employee Lois Lerner and others were never prosecuted by the DOJ.  In other words, DOJ pays for wrongdoing by the IRS but nobody is held accountable.  Yet, Cohen is the one they do pursue.

In the Fast & Furious gun running operation, the DOJ knowingly and willingly allowed nearly 2,000 firearms, mostly AK-47s, to be illegally purchased by drug cartels. Border Patrol Agent Brian Terry was killed with one of those guns. Responding officially to Senator Chuck Grassley, R-Iowa, the DOJ flatly denied the critical aspects of the case.  Ten months later the DOJ withdrew the letter because of the lies and inaccuracies.

Was anybody dismissed, reprimanded or prosecuted?  No, but now that the tables are turned, Cohen is being prosecuted for the much lesser crime of not fully articulating the extent of Donald Trump’s personal business dealings.

There isn’t enough room on the internet to list all of the examples of double standards and unequal applications of the law. The inconsistency always seems to conveniently favor the Democrats and penalize those connected to Donald Trump.  This obvious disconnect legitimately erodes faith in our justice system and further divides the country.