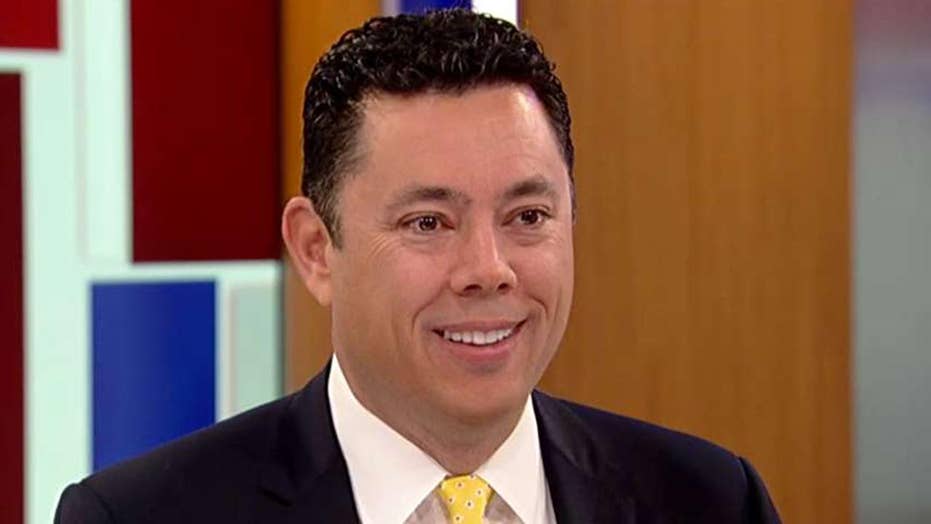 Former Republican Rep. Jason Chaffetz from Utah served in Congress while Pelosi's Democrats were in power.

Swing district voters looking to nudge the U.S. House toward the center by voting for a moderate Democrat in Tuesday’s midterm elections may get a very different result than they bargained for if the Democrat they support is elected.

If voters elect Democrats to a majority of U.S. House seats, they will enable the party to reward some of its most extreme members with chairmanships of powerful committees, pushing the House much further to the left.

The selection process Democrats use to appoint committee chairs is neither merit-based nor term-limited.

In line to take over the gavels of important committees if the Democrats take control of the House in January are these Democratic members: Rep. Maxine Waters of California at Financial Services; Rep. Adam Schiff of California at Intelligence; and Rep. Jerrold Nadler at Judiciary.

None of these House members represent center-left views. These potential chairmen bring a radical left-wing agenda to their potential positions.

Democrats, on the other hand, simply hand out committee chairmanships based on seniority. There is no term limit, so those chairmanships don’t open up very often. As a result, Democrats aren’t necessarily choosing the most talented or qualified members – nor even the people most relevant to the political moment.

More than once I was approached by young, talented, energetic colleagues on the other side of the aisle who were deflated by the reality that they would have to stay in Congress for decades before they would ever get a chance to lead. They seldom lasted that long.

These Democrats would lose elections because their center-left views were always vulnerable to the swing of the political pendulum, or they would run for offices where they really could make a difference. Meanwhile, the most extreme candidates from the safest Democratic districts are always waiting in the wings.

Take, for example, the Financial Services Committee, which oversees the banking and insurance industries, Wall Street and housing issues. Do Americans want to see stability on those issues reversed? Rep. Waters is unequivocal about her intention to reverse the Trump economic agenda.

Waters just recently told a group of constituents her priority as chairman would be retribution against the industries she will oversee. She was an early supporter of the Consumer Financial Protection Bureau – a powerful agency designed by Democrats to operate with limitless power and no oversight from Congress.

Most significantly, Waters’ views are far outside the mainstream.

Waters has advocated for harassment against Trump administration officials, telling her supporters in the summer: “If you see anybody from that (Trump) Cabinet in a restaurant, in a department store, at a gasoline station, you get out and you create a crowd, and you push back on them, and you tell them they’re not welcome anymore, anywhere.”

Waters has also called for “a 24/7 impeachment hearing” against President Trump.

Waters is not the only potential chairman whose views might scare American voters.

Rep. Schiff, known for alleged prolific leaking of Intelligence Committee investigations, is in line to head that committee. In addition to potentially putting national security at risk, he has fought against transparency, fighting instead to withhold from the American public documents that might be politically damaging to the Obama administration.

Then there is Rep. Nadler, who will head up the Judiciary Committee if Democrats win control of the House. Nadler has been outspoken about his priorities. He supports open borders and opposes security measures like the border wall – an issue that falls directly under the jurisdiction of the Judiciary Committee.

Nadler has said that under his leadership, impeachment proceedings against both President Trump and Supreme Court Justice Brett Kavanaugh will take priority in the Judiciary Committee.

These examples show that a vote for a moderate Democrat in a swing district will not nudge Congress to the center, but will instead swing the body to the left. Not because the numbers will overwhelm, but because the leadership will be overwhelmingly radical.