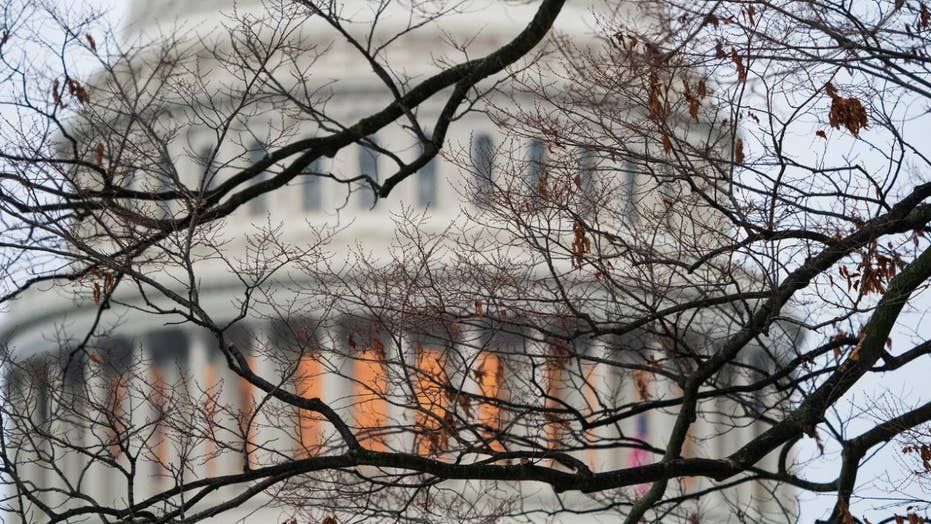 If congressional Democrats won’t provide the $5 billion President Trump has asked for to fund a wall or other physical barrier along the U.S. border with Mexico and end the partial government shutdown, then Republicans should offer an alternative proposal: $25 billion – five times as much – for border security.

To properly protect the integrity of our borders without a wall, the government will need at least an additional $25 billion. That should be the message to the Democrats.

Here’s how the $25 billion should be spent:

CLICK HERE TO READ MORE FROM JASON CHAFFETZ: TRUMP'S BORDER WALL MAY GET FUNDING AFTER ALL (THANKS TO THIS DIRTY LITTLE WASHINGTON SECRET)

Congress should agree with the Customs and Border Patrol that certain sections of the nearly 2,000 miles of border with Mexico need a physical impediment to curb the flow of human trafficking, drugs, weapons and other illegal activity.

Use $5 billion to simply fix and improve current border walls and fencing. Democrats should be able to live with this because it would enables them to keep their commitment to oppose a new wall.

Two years later there are fewer people at the Customs and Border Patrol and only a negligible increase in ICE officers. There are currently roughly 4,800 ICE officers and 60,000 Transportation Security Administration personnel.

Let’s give Customs and Border Patrol and ICE officers a 20 percent pay increase to attract the highest quality employees and to diminish longstanding retention issues. Money will also be needed to dramatically staff up as promised. Democrats should have no difficulty justifying support for federal workers to their base.

Let’s give Customs and Border Patrol and ICE officers a 20 percent pay increase to attract the highest quality employees and to diminish longstanding retention issues. Money will also be needed to dramatically staff up as promised. Democrats should have no difficulty justifying support for federal workers to their base.

For decades, the law has required an entry and exit system to track movement across the border. But that system is still not operational. It remains in development.

President Trump has done more to move this effort forward than any other president, but let’s take this opportunity to get it across the finish line.

Properly funding the entry and exit tracking system will provide the tools to address the fundamental problem of visa overstays. If you don’t know who is coming in and leaving the country, you can’t consistently enforce the law.

Further, we should track the millions of people who use a border crossing card to enter the U.S. The card is intended to be used for short trips – a maximum of 72 hours.

We have no reliable method to track the abuse of this system. Border crossing cards are valuable to criminals, drug mules, or human traffickers who might use them to travel undetected to our country’s interior. The cards are a convenience for those who live near the border, but we must have the ability to track when those cards are being abused.

With large numbers of people crossing our border illegally, we must allocate more money to detain, house, transport and deport illegal immigrants. This is especially true with criminals and those who have previously been deported but illegally returned to the United States.

The Homeland Security Department needs to be able to increase the contracting with county facilities and live with their standards of incarceration. The county facilities should be compensated to hold people while the feds process them for potential deportation.

Current law requires 100 percent of all inbound cargo to the U.S. to be inspected. However, we inspect less than 2 percent.

Our customs officials have great working relationships with South Korean and Pakistan, for instance, where we can inspect cargo as it goes into the containers.

Not true with China. The Chinese are the most secretive and difficult, from my experience. Let’s do as the law requires and inspect 100 percent of the cargo. Democrats such as Nadler have supported this previously and should do so now.

In just the last few weeks we have seen the devastation of the sanctuary policies play out in the San Joaquin Valley of California as the criminal element of the illegal immigrant population was able to evade ICE officers.

It’s time to force the issue and allow local law enforcement officers to appropriately cooperate with their federal law enforcement partners. This may be a tough pill to swallow for Democrats, but remember, in return there will be no new wall, which is just as tough for Republicans.

In just the last few weeks we have seen the devastation of the sanctuary policies play out in the San Joaquin Valley of California as the criminal element of the illegal immigrant population was able to evade ICE officers.  It’s time to force the issue and allow local law enforcement officers to appropriately cooperate with their federal law enforcement partners.

DACA stands for Deferred Action for Childhood Arrivals. Action should take place now to help the illegal immigrants brought here by their parents as children who are protected by this program.

Citizenship should not be automatic, but this population should receive legal documentation to be in the U.S. and an ability to get in line, like those who came here legally, for citizenship if they choose.

Should a DACA designee be convicted of a serious crime, then that person should be subject to deportation just like any other non-citizen immigrant.

Let’s do the same to detect and destroy the tunnels used by drug cartels and human traffickers to enter our country. We can call it Tunnel Recognition Underground Military Program (TRUMP).

The Democrats say they support “border security,” but they can’t back up the claim. Many of them have advocated for abolishing ICE, supporting sanctuary cities, and opposing an “immoral” wall on our southern border.

Perhaps the steps outlined here strike the right balance for both parties to solve the impasse and improve the integrity of our borders.

But then again, it is Washington, where delay, blame, and inaction usually prevail. #SAD.