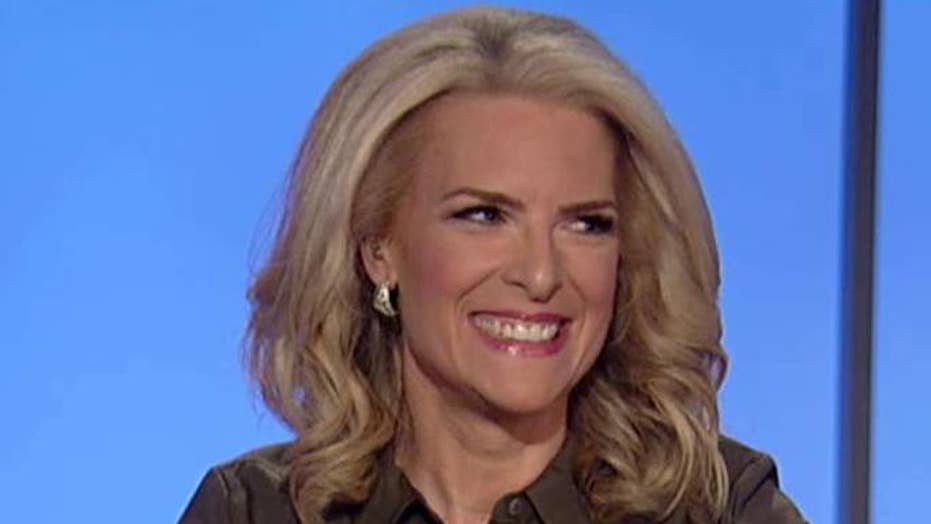 Janice Dean opens up on her true mission as a meteorologist

It was Saturday, Dec. 27, 2015 – two days after Christmas. I was on the air doing weather for “Fox & Friends” when the control room suddenly switched over to live pictures of damage from an EF 4 tornado, with winds of up to 200 mph. It had destroyed parts of North Texas, just 20 miles northeast of Dallas.

My heart was in my throat. The aerial footage showed some homes had been flattened, while others stood untouched. Emergency responders were searching for survivors. Officials were estimating that as many as a thousand homes had been damaged or destroyed. Vehicles were mangled, power lines had fallen and tree limbs were strewn all over the ground. It looked like a war zone.

Pieces of homes and other debris lined the road down Highgate Lane near Pearson Elementary School in Rowlett. I remember reading that the campus wasn’t damaged, but nearly 100 students were displaced by the storm, which killed 11 people.

This is why I wanted to visit Pearson Elementary on my book tour for “Freddy the Frogcaster and the Terrible Tornado,” the latest in my children’s series. I write these books to help kids understand why weather events happen, and what they can do to prepare for them.

I was nervous before I arrived at the campus. I didn’t want to stir up bad memories of the tornado or upset them in any way. I asked the school counselor if there was anything I should steer clear of in my presentation. She said to be honest, to read the story and then talk to the children about it. She also asked if I could stay afterward and talk with some of the children who were still having some challenges in their lives. I told her I would stay as long as they’d have me.

The reading went well. The kids listened attentively as I read my book and talked about why I got into weather forecasting. We talked about how tornadoes form and how to make an emergency preparedness kit. They all knew the difference between a tornado watch and a warning, and they knew where to go to escape a possible tornado. We took some pictures, and they gave me a little gift. Many of them hugged me and said they were glad I came to their school. It was hard to hold back tears.

I stayed a few extra minutes to talk to the kids whose families had been affected by the tornado. A boy told me his dad had to go to the hospital because of all the glass and debris that had fallen on him as he crouched over to protect him. A girl said she was still living with friends because her house was “all gone.” An older boy asked me what the chances were that this could happen again. I was honest and said there was always a chance another tornado could strike in the area, but that we are getting better at predicting them and getting people to safety before they touch down.

Afterward, the teachers told me how their little town had rallied around those who needed help, and it was almost overwhelming to hear how many people wanted to give. Some teachers were still taking care of family pets or doing laundry for those who’d lost their homes.

I also traveled to Quincy Elementary in Topeka, Kan., where they recently built a FEMA Shelter next to their gymnasium. These kids were doing tornado drills every day. They knew what the warning sirens sounded like and where to go to be safe.

I also visited Southern Hills Elementary in Oklahoma City. The children had drawn pictures to describe the weather they’d already experienced, and they were incredible. Most of the drawings featured a tornado in the background. One woman I met described how two EF 5 tornadoes to the north, in Moore, Okla., had destroyed her parents’ homes.

The people I met in every visit, regardless of their location or the severity of their storms, all had a common thread: resilience. Tornadoes are a way of life, and as one of the drawings lining the hallways of the schools said, “Oklahoma weather is tuff but Oklahoma people are tuffer. Amen.” (I have this picture.)

I came away with an urge to do more. My mission is to help educate even more kids about severe weather and how to stay safe. Weather affects all of us. It is our responsibility to teach kids what to do and when to do it. It’s not a matter of if a storm might strike. It’s a matter of when. Let’s all be weather ready – just like my little frog, Freddy.