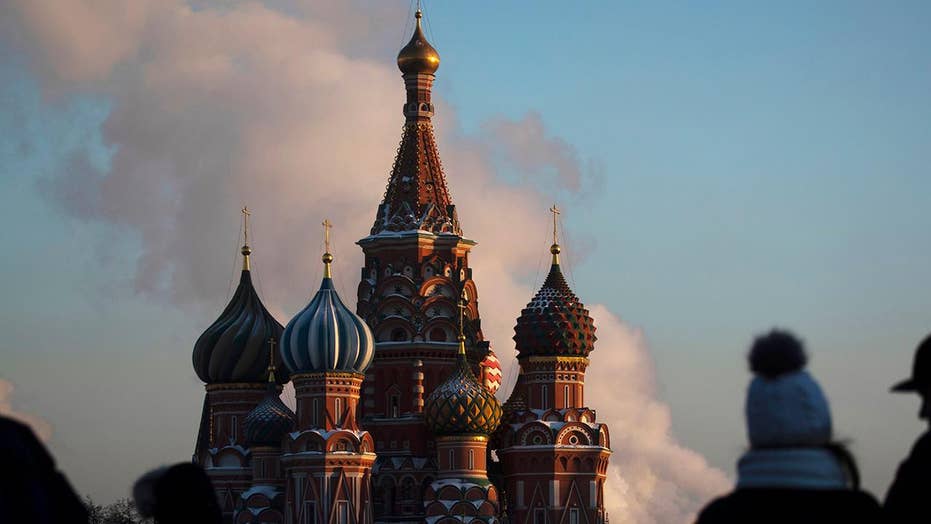 Trump has a Russia problem, but it has nothing to do with Robert Mueller's investigation. The real problem is – well, just Russia.

Moscow is a menace. And if you’re looking for someone to blame, it ain’t Trump. You do have two choices, though: Putin or Obama. Flip a coin. But before you make the call, let’s pause to review how we got to where we are in U.S.-Russia relations.

From the outset of his rise to power, Putin had two goals: first, to take complete control of the Russian state and second, to use that power and authority to sow discord among the transatlantic community, weakening the western nations politically, militarily and – where possible – economically.

THE TRUMP-RUSSIA COLLUSION HALL OF SHAME

Why weaken the West? Because it would allow Putin to establish a hard sphere of influence over the surrounding nations – especially the former Soviet states. This would not only help Putin recapture for Russia the prestige it enjoyed in the communist era, but it would also assure the perpetuation of his control far into the future.

That was always the plan, and it will likely remain the plan as long as Putinism has its gnarly fingers around the throat of the Russian people. 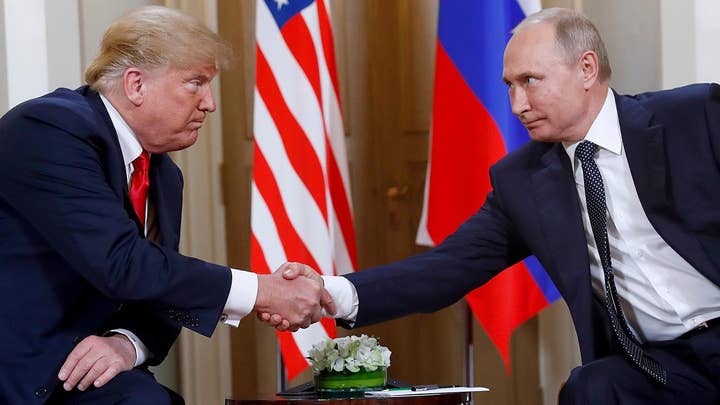 But is it all Putin’s fault? After all, Putin is just a thug with a mediocre economy and a middling military. That’s why it is also fair to blame Obama. After all, who let Russia back into the great power game?

Team Obama racked up a long list of seriously bad moves in dealing with Moscow. There was the failed “Russian reset” that was going to win Putin over with kindness. There was the gift of New START – a treaty that let Russia to build up its nuclear arsenal further, while forcing us to cut ours. They compounded that error by letting Putin get away with cheating on the Intermediate Range Nuclear Forces treaty. Then, of course, there were the bungled responses to Putin’s invasion and annexation of Crimea and his adventurism in Syria.

It’s not like no one warned Obama that Putin’s Russia was a rising menace. But Mr. “No Drama” simply pooh-poohed the notion that it was anything to worry about.

Given that history, is it any wonder that Putin thought he could mess with the 2016 elections and get away with it?

The main goal was, no doubt, simply to sow doubt and distaste about whichever candidate emerged the winner. But Trump’s speculation that Moscow would have been happier with a Clinton presidency is probably right. Her election might well have perpetuated many of the worst elements of Obama’s policies, including letting Russia undermine European energy security and energy free markets.

Looking back solely to assess blame is, of course, a largely fruitless exercise. The point of looking back to figure out how we got where we are today is to help us understand what to do to move forward.

In practice, this administration has looked back and learned the right lessons. Across the board, the team has been tough on Russia. And many on the left aren’t happy about it.

There is already a cottage industry of analysts, hopeful of a Trump defeat in 2020, advising yet another Obama-like reset: lifting sanctions on Moscow, entering new arms control deals, and ending NATO enlargement. Their argument is that what we are doing now isn’t working because Putin isn’t changing.

The flaw here lies in thinking that we can change him. We can’t. Obama’s approach certainly didn’t, and Trump’s policies don’t try to. Putin will just keep being Putin, no matter who is in the Oval Office.

What the current U.S. strategy does is something that Obama never did: recognizing Putin for who he is and pushing back on him. It’s why the administration is building up NATO, supporting Georgia and Ukraine, keeping sanctions in place and fighting bad energy projects like Nord Stream 2. The last thing the U.S. should do is take the pressure off.

Frankly, Trump’s biggest problem today is not Putin. Vlad has been put in his place. And despite the rustlings of the Russian reset “bitter-enders,” Russia bashing has become – justifiably – bi-partisan.

No, today the big problem is places like Berlin and Paris, where bumping heads with Washington is all the rage. The Euro-elite pine for an America happy to “lead from behind” and let them prate about “strategic autonomy” for Europe while raking in cash from Russian energy projects. Knowingly or unknowingly these voices are doing Putin’s work for him, undermining the solidarity of the transatlantic community. Their vitriol is far worse, more damaging, and more dangerous than Trump’s tweets.

They need to wake up. Putin is our common problem. He’s not going to change and he’s not going away anytime soon. What’s needed is a common effort to keep him from disrupting and weakening the transatlantic community.

Who knows, if the Putin had to face a common front from the West, maybe he would start to mend his ways. Then we could all live in peace and prosperity. That would okay too.