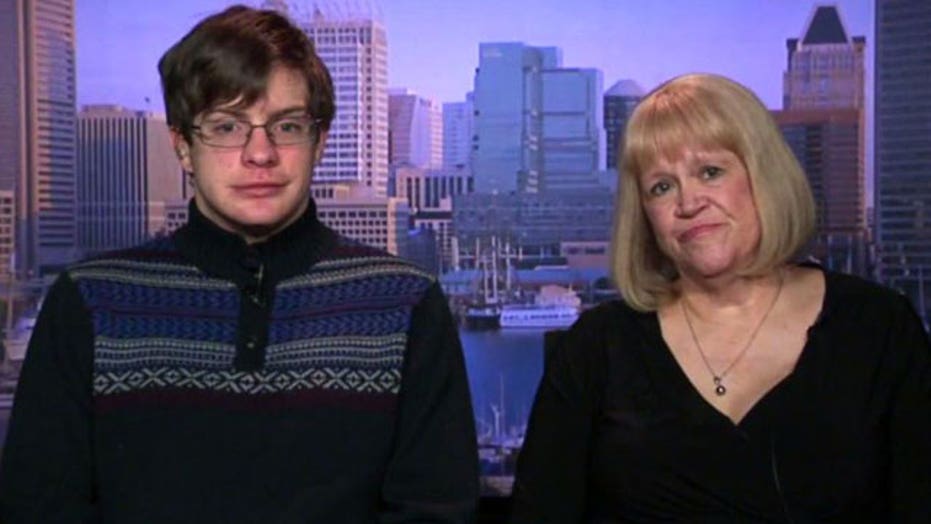 I recently appeared on Fox News to talk about the case of Rebecca Blackwell and her son Travis, who is the product of artificial insemination via an anonymous sperm donor.  When Travis searched for and found his biological father, he learned that the man had a history of aortic aneurysm – something Tyler himself had suffered with and, had he not been diagnosed in time, could have died from.

The anonymous donor in Tyler’s case actually donated the sperm used to create 34 children. Because his disorder is conveyed as an autosomal dominant trait, half those children will ultimately suffer aortic aneurysms.

The Blackwells are part of a growing movement to require anonymous sperm (and, presumably, ova) donors to disclose their medical histories and undergo genetic testing – which is not required by most states.

I have an even better idea: Outlaw anonymous sperm and ova donation entirely. Let the donors be known to the recipients and the children thus conceived, or block the donations.

Without seemingly having given it much thought at all, our society now allows tens of thousands or more of men and women to create children who will never know one or sometimes both of their biological parents, because states allow these anonymous donations.  And this policy inherently presupposes that bearing children who have no opportunity to know their biological fathers or mothers does not deprive them of anything that is inherently theirs – as a fundamental human right.

I disagree.  I believe that it is morally wrong to put in place a social architecture that means millions of children will not know their biological parents.

Am I saying it would be better that these children not be born? I am.

Anonymous sperm and ova donation presupposes that the biological connection between parents and children is without much value at all – since in a wholesale (or shall I say, retail) manner, we sanction an ever-increasing number of kids being born who have no idea who their biological fathers and mothers are and can never find out, period.

It also presupposes that men or women who anonymously donate their semen or ova are not short on some facet of empathy or humanity that ultimately means we are transmitting an undesirable personality trait to future generations.

None of this, by the way, has anything to do with adoption. When a child is adopted, many have the option of finding their parents later on. And even if they can't, their adoptions into (hopefully) loving homes were a solution to problems in their early lives that needed to be solved.

Anonymous sperm and ova donation solves no problem of any child. It is a convenience to adults who are encountering fertility problems and would prefer the convenience of jettisoning part of their child's true life history in order to commandeer that child from its true biological father or mother.

As a medical student, when extra money would have come in handy, I briefly considered donating sperm. It was a way to earn some extra cash from which classmates of mine at Johns Hopkins had already earned several thousand dollars.

One of them had joked that it was the most pleasurable work he'd ever done, and that he almost certainly had many children in the world already. He figured that was probably a pretty good thing because he was unarguably smart and good-looking with a full head of hair (which meant that his sperm probably sold better than mine might, given that I was already balding). Still, he advised me to sign up right away and get in on some of that easy money.

In my gut, I felt it would be wrong to have many children of mine born onto the planet inherently, irrevocably, forever disconnected from me.

I never could sign on with the notion that my children would not intuit that disconnect, to the detriment of their spiritual sure-footedness.

The effects of a policy that sanctions anonymous sperm and ova donation are not known. But, given my two decades of experience as a psychiatrist, I would wager anything that many thousands of children born in this fashion develop significant anxiety or depression, or both, because the first chapter of their life story is a manipulation. If they are lied to about their origins, then they have parents who are liars, by definition.

And that can't be good.

If they are informed about their origins (and I have counseled several adults conceived through anonymous sperm and ova donation who were so informed), then they can face serious questions about being abandoned and unwanted and no more than biological specimens.

Until studies can be conducted that verify or refute the potential psychological harm done by anonymous sperm and ova donation, I believe they should be halted – by law.

It is an affront to the human rights of children thus born, and an affront to one inherent dimension (the biological dimension – which is not a sterile one, but also a spiritual one) of fatherhood and motherhood.