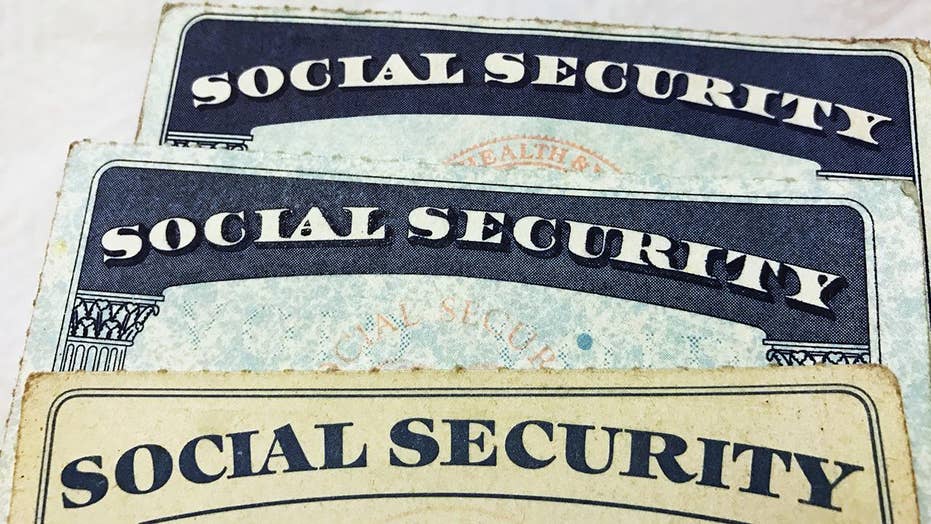 The administration is looking for ways to stop using the numbers for identification amid more hacks.

President Trump discussed many important issues in his State of the Union address Tuesday, but left out one of the most important – the need for major reforms in two giant entitlement programs for senior citizens, Social Security and Medicare, that account for most mandatory federal spending.

With control of both houses of Congress and the White House, Republicans have the opportunity now to make the reforms needed to prevent these two critically important programs from running out of money in the decades ahead.

Republicans in Congress have shown that when they stand together they can do big and necessary things – witness their passage of tax cuts at the end of last year. Now with a new year and an administration that has found its footing, it’s time for a moonshot to save America’s entitlement programs before they go broke and bankrupt us all.

Seniors are tired of being manipulated on these issues by organizations claiming to speak for them. Mature Americans are smart enough to understand that the dire risk to our entitlement programs will not only hurt them, but their children and grandchildren who depend on their sustainability.

I understand as well as anyone that many politicians believe that the mere mention of reforms to Social Security and Medicare will raise the ire of senior citizens.

Entitlement reform has been dubbed over and over again as the “third rail” of American politics, a political death sentence for anyone who dares to touch it. But as the head of one of the largest senior citizens’ groups in America, with more than 1 million dues-paying members, I don’t believe that is true anymore.

Seniors are tired of being manipulated on these issues by organizations claiming to speak for them. Mature Americans are smart enough to understand that the dire risk to our entitlement programs will not only hurt them, but their children and grandchildren who depend on their sustainability.

Together, Medicare, Medicaid, Social Security, and welfare programs provide essential funds and services to low-income Americans, people with disabilities, senior citizens, and others who find themselves in need of extra help. The great thing about Americans, though, is that we are a people who appreciate a hand up, not a handout.

After years of deficit spending – especially considering the excesses of the Obama administration – these programs still remain the top contributors to our rising national debt and deficit, with $2.9 trillion of the debt held by the two Social Security Trust Funds. Washington’s worst-kept secret is that Social Security will soon be insolvent.

Fixing Social Security so that it continues to serve those who depend on it today and in future generations, while at the same time bringing excessive spending under control, has been a Republican priority for decades.

There are four straightforward action items that Congress should take this year to set Social Security on a path of sustainable future solvency:

1) Gradually increase the full retirement age for new retirees to 69 for people born in 1972 and later, from the current age of 66.

3) Implement a tiered approach to cost-of-living adjustments (COLA) for Social Security payments, giving higher increases to those making less than $50,000 per year.

4) Provide all earners the ability to save more with Early Retirement Accounts (ERAs), which provide tax-deductible savings and allow future retirees to begin accessing funds in their ERAs at age 62.

All of these ideas are part of what we call the Social Security Guarantee Act.

House Speaker Paul Ryan, R-Wis., has made it clear he intends to tackle entitlement reform this year, and he has already entered into discussions on the issue with President Trump. This is a brave and responsible position, but he will need all the help he can get to persuade more timid politicians in the United States Senate to follow his lead.

The Senate shamefully bungled passage of a stand-alone repeal of ObamaCare, which all Senate Republicans had promised to do on the campaign stump for nearly a decade. They just barely passed President Trump’s tax reform package, after much grandstanding and will-they-or-won’t-they press games led by lame-duck senators.

The chamber that calls itself “the world’s greatest deliberative body” can actually live up to its name by buckling down and working together with the president and committed colleagues in the House to fix these entitlement programs for future generations. But they will need courageous and visionary leaders like President Trump and Paul Ryan to show them the way.

If entitlement reform finally becomes law on President Trump’s watch, his administration will come even closer to mirroring the legacy of one of this country’s greatest leaders and Trump’s own self-professed inspiration, President Ronald Reagan.

Along with cutting taxes, one of President Reagan’s major successes on the domestic front was his landmark Social Security reform, which he signed into law in 1983 after working closely with Democratic House Speaker Tip O’Neill of Massachusetts.

If President Reagan could enact Social Security reform with a Democratic majority in the House, shouldn’t it be easy for President Trump to pass a round of updated reforms when Republicans control all of Congress? You would think so.

The president is known for admiring loyalty, and America’s seniors have been a resolutely loyal part of his base, voting for him by an eight-point margin over Hillary Clinton in the 2016 election.

Older Americans remain some of President Trump’s staunchest supporters. Ensuring that Social Security remains solvent for them, their children and their grandchildren should be a central piece of the administration’s legislative agenda this year, and it would be a way for President Trump to reward them for their support.