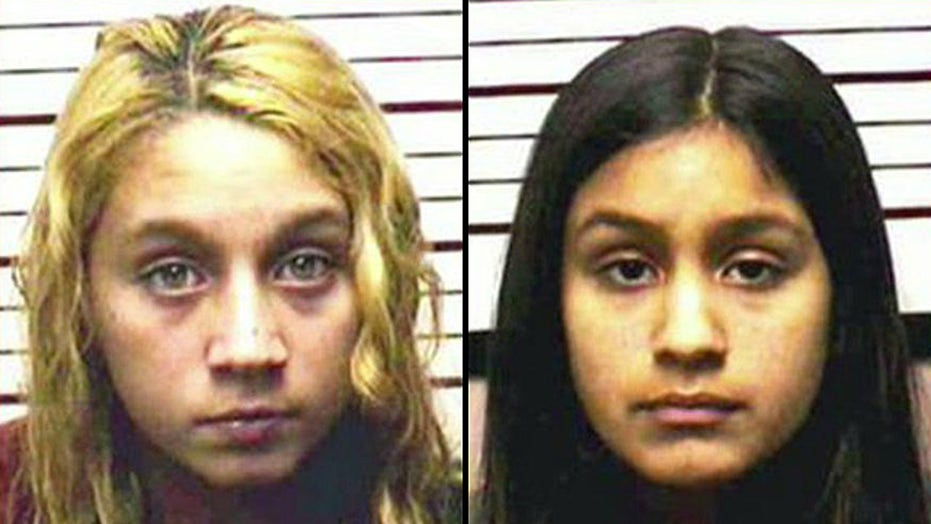 Rebecca committed suicide, or what we in the freedom-from-bullying movement sometimes call "bullycide," by jumping from a concrete silo on Sep 9, 2013.

"[T]he malicious harassment by [the two suspects]" states the Polk Sheriff's Office news release, "was likely a contributing factor in Rebecca's decision to commit suicide." The department said Rebecca through cyberbullying was told to "drink bleach and die,” “You should die,” and “Why don’t you go kill yourself.”

But that isn’t what caused us to shudder given how common such stories have become.

What caused many to put a hand over their mouth in disbelief was what one of these juveniles did soon after Rebecca's death.

The 14-year-old suspect wrote on Facebook: "Yes I know I bullied Rebecca and she killed herself and I don't give a f--k."

That brazen and audacious statement compelled Judd to arrest the two juveniles.

"We knew there was total disregard for life, and if she would say those things after she bullied Rebecca and after the parents knew that then we had to act more quickly."

Because we're conditioned to believe that people commit such horrible acts because they feel badly about themselves, we conclude that these two girls must somehow be psychologically fractured and hamstrung by low self-esteem and self-hate.

Though it is true that "hurting people hurt people," more research reveals that the opposite is true when it comes to bullying: Girls like Rebecca are stalked, harassed, beaten and slandered due to inordinate self-love.

Writes Dr. Roy Baumeister of the University of Florida in Scientific American: "Playground bullies regard themselves as superior to other children; low self-esteem is found among the victims of bullies but not among bullies themselves."

Other experts concur, including Jeane Twenge, Ph.D., and Keith Campbell, Ph.D., authors of “The Narcissism Epidemic: Living in the Age of Entitlement.”

They write, "[I]t's usually not low self-esteem that causes a kid to become a bully. Much more often, it's narcissism: narcissistic kids fight when insulted, not the low-self-esteem kids (who are likely to do nothing)."

Until we understand this more accurate but sobering dynamic, we will find ourselves in a needed war against bullying similar to the War on Drugs: Exhausted, confused and thwarted.

In order to fight this war for human dignity and help rehabilitate schoolyard bullies (who are far more likely to go to jail than non-bullies), we must understand that most bullying is not rooted in anger but an emotion far more sinister: contempt.

The late Dr. Robert Solomon of the University of Texas, Austin, was a pioneer in the field of this dangerous emotion that has motivated many of history’s despots and dictators -- bullies of the highest order.

Those consumed by contempt believe others [including institutions, hence “contempt of court”] are inferior.

Unlike anger, which is hot but short-lived, contempt is somewhat cooler but longer lasting, helping us to see why some bullies are so tenacious -- even beyond the grave, as we see here.

Worse, explains Dr. Solomon, many serial bullies believe the object of their contempt lacks value, and may be even worthless.

They make lists of “bad qualities” and harbor a “positive self-feeling” about themselves as superior.

Countless atrocities through history have been committed for similar reasons, including Hitler’s contempt toward Jews, homosexuals, gypsies and those physically and mentally challenged.

The latter is especially telling. Much like Rebecca, from whom Sheriff Judd says they can find no evidence that she harmed her tormentors, what did physically or mentally challenged people do to Hitler, to Germany?  Nothing.

Contempt doesn’t require accuracy, just an object of disdain to dehumanize and look down upon. And as history as well as today’s headlines reveal, torture almost always follows.