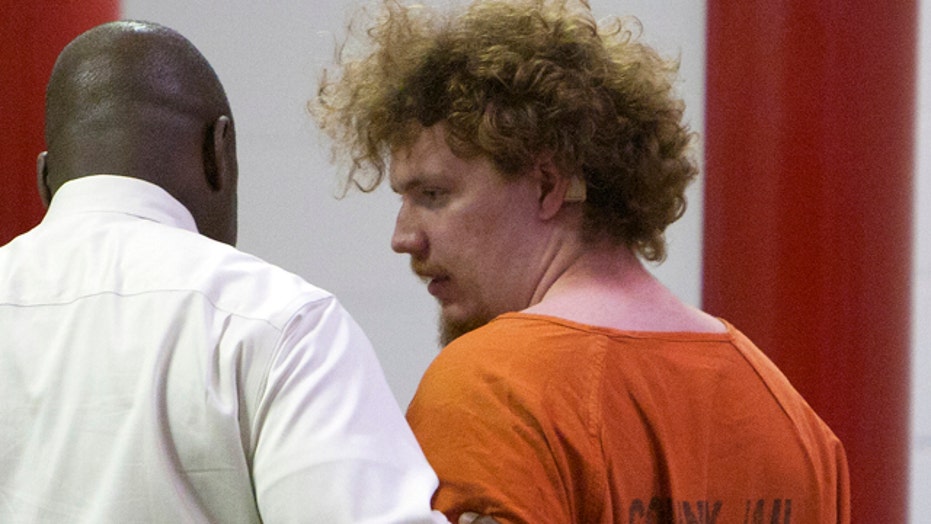 Dylan Quick, the 20-year-old accused of going on a stabbing rampage yesterday—injuring 14 people at Lone Star Community College in Texas—should settle the gun control/violence debate, once and for all.

That won’t happen, of course, because people who want to restrict personal freedoms will still turn a blind eye to the obvious: After years of America destroying its mental health care system, leaving it in ruins, as a national disgrace, cases of undiagnosed and untreated mental illness are to blame for the horrific episodes of violence that have made headlines and wrongly fueled gun control legislation.

This is true for Jared Lee Loughner, who shot Congressman Gabrielle Giffords in Tucson, Arizona.  It is true for James Holmes, the man accused of murdering 12 people in a Colorado movie theatre.  It is true for Adam Lanza, the man who murdered 20 children and 6 adults at the Sandy Hook Elementary School in Connecticut.

Dylan Quick reportedly fantasized about killing people by stabbing them since he was a child.  He reportedly walked around wearing gloves, even in warm weather, clutching stuffed animals.

I believe it will turn out that Mr. Quick, like the rest of the recent perpetrators of mass violence, fell through the colossal cracks in our decrepit system. A system of antiquated psychiatric facilities, understaffed community mental health centers and insurance companies hell-bent on restricting mental health care resources in a disproportionate fashion, compared to those targeted at other illnesses, and one which is a shameful show of prejudice towards the afflicted.

Anyone who now advocates limiting public access to knives of one kind or another, including the kind allegedly used by Mr. Quick, is either hopelessly misguided or a charlatan looking to make political points from this latest tragedy.

When America allowed third-party insurers to decide how to appropriate mental health care resources, like wolves at chicken coops, the seeds of the tragedies in Arizona and Colorado and Connecticut and, now, Texas were being sown.

When American psychiatrists decided to allow the American Psychiatric Association to coax so many in my profession out of their role as expert therapists who also prescribe medicines and into the role of “medication” doctors seeing patients for ten minutes, the seeds of these tragedies were being sown.

When state legislators and public health officials decided that shutting down state hospitals and financially choking community mental health centers nearly to death was okay, the seeds of these tragedies were being sown.

And when state and federal legislators dally with meaningless measures targeted at guns or knives, instead of the very ill folks who sometimes use them to hurt others, they sow the seeds of tomorrow’s tragedies.

There’s a reason why investigators and prosecutors and reporters and the public have such a hard time understanding the motives of men like Loughner, Holmes, Lanza and, if reports are true, Quick. It's because their motives are shrouded in the irrational thoughts born of mental illness, often in its most aggressive incarnation—psychosis.

Take all the guns away.

Take all the knives away.

The number of victims of murders with no apparent motive—born of under-treated, poorly treated or untreated mental illness—will be reduced not one bit.

Because there will still be cars, and poisons, and hammers, and axes that can be used to inflict horrible injuries. The worst episode of school violence, back in 1927, claimed the lives of 38 children, and it involved explosives, not guns or knives.

Leaders either fix things, do nothing or harm needed efforts. Those who would control weapons, instead of mental illness, are in the third category.