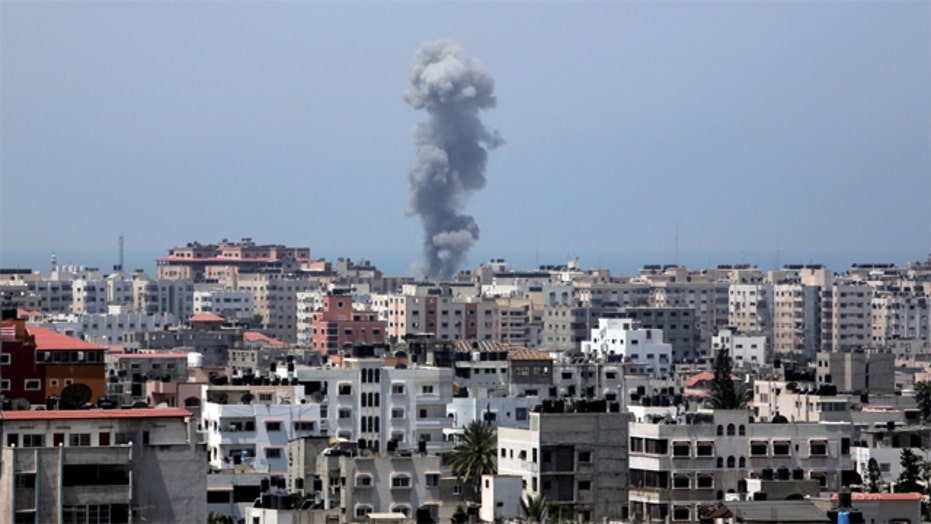 Mahmoud Abbas either did not hear or decided to ignore President Obama’s declaration before the U.N. General Assembly that the Israeli-Palestinian conflict is not the main problem in the Middle East.

“The situation in Iraq, Syria and Libya should cure anyone of the illusion that this conflict is the main source of problems in the region,” Obama said, referring to Israel and the Palestinians.

Rage overcame rationality when Abbas, head of the Palestinian Authority, spoke from the same podium two days later. His verbal assault on Israel prompted the U.S. State Department to rebuke him immediately, calling his inflammatory words “offensive” and “counterproductive.” Abbas had pronounced the peace process dead, and repeatedly accused Israel of launching a “war of genocide” against the Palestinian people.

This was a remarkable about-face for Abbas. In July, after Hamas initiated war by firing rockets and missiles from Gaza into Israel, he went on Palestine TV, asking, “What are you trying to achieve by sending rockets?” He again criticized Hamas, his partner in a unity government, when he addressed the Arab League after the 50-day war, in which more than 4,500 rockets and missiles were fired, had ended.

He did not mention Hamas in his U.N. speech. Yet, Hamas launched the hostilities barely a month after finalizing an accord with Abbas and his Fatah faction, a move that followed Abbas’ decision to dismiss Secretary of State John Kerry’s last-ditch effort to extend talks with Israel.

“Abbas has proved himself a serial rejectionist,” Times of Israel editor David Horovitz observed after Abbas’ U.N. speech. “Most tellingly, six years ago he opted not to seize upon prime minister Ehud Olmert’s bombshell offer of everything the Palestinians ostensibly seek: Israel was gone from Gaza and now offered a 100% withdrawal from the West Bank with one-for-one land swaps, the division of Jerusalem into Israeli and Palestinian sovereign sections, and shared authority for the Palestinians, alongside Israel, as part of an international, non-sovereign tribunal responsible for the Old City area.”

Abbas “has now rejected platforms for a settlement on two occasions from two U.S. presidents,” the Washington Post noted in an editorial slamming his “dangerous grandstanding” at the U.N.

Reverting to well-worn diatribes against Israel, Abbas banked on the international community coming to his aid again, just as it did in 2012, when the General Assembly voted to upgrade the status of Palestine so that, among other things, he might address that body as a head of state – the State of Palestine. In reality, no such state exists. It can be realized only through direct negotiations with Israel, not by an international community decision or U.N. diktat.

But in the runup to this year’s General Assembly, it became clear that the international community had moved on and the jihadist threat to the Middle East and beyond was the main concern. “It is time for the world – especially Muslim communities – to explicitly, forcefully and consistently reject the ideology of Al Qaeda and ISIL,” Obama declared.

Indeed, a day after Abbas spoke, the United States, Britain and Australia made clear they would oppose his call for the U.N. Security Council to set a timetable for the establishment of an independent Palestinian state on the 1967 borders.

Unlike Abbas, Israeli Prime Minister Benjamin Netanyahu still speaks of a negotiated, sustainable peace. And this time, at the U.N., he challenged Arab countries to join Israel in advancing the peace process.

Though not entirely new, his initiative to first make peace with Arab states makes eminent sense. After all, this has already taken place with Egypt and Jordan. In fact, the White House and State Department have regularly called on Arab leaders to develop “confidence-building measures” with Israel, like the economic initiatives that got a start in the 1990s with the multilateral Arab-Israeli talks that followed the first Gulf War. Though Arab countries shut down those links in response to Israeli-Palestinian violence, Eli Avidar, who headed Israel’s trade office in Qatar from 1999-2001, told the Associated Press that Netanyahu’s proposition is “absolutely realistic.”

The U.S. concurs. “Arab states must adapt to a world that has changed,” Obama said in Jerusalem in March 2013. “Now is the time for the Arab world to take steps toward normalized relations with Israel.”

At the U.N. this year, the president called on Arab and Muslim nations to address the roots of extremism in their own societies, to cut off the funding of jihadist groups and to stop educating their youth to hate. Such steps could go far to quell the forces responsible for the current violent rampages of ISIS and other jihadist groups.

If Arab countries are to truly tackle extremism, recognizing Israel must be part of the equation. Several Arab states and Israel today have increasingly convergent interests. Changing the conversation is precisely what distinguished Anwar Sadat of Egypt and King Hussein of Jordan. That's true leadership. Abbas has decided to sit this one out. Which leader of an Arab country is ready to step forward?