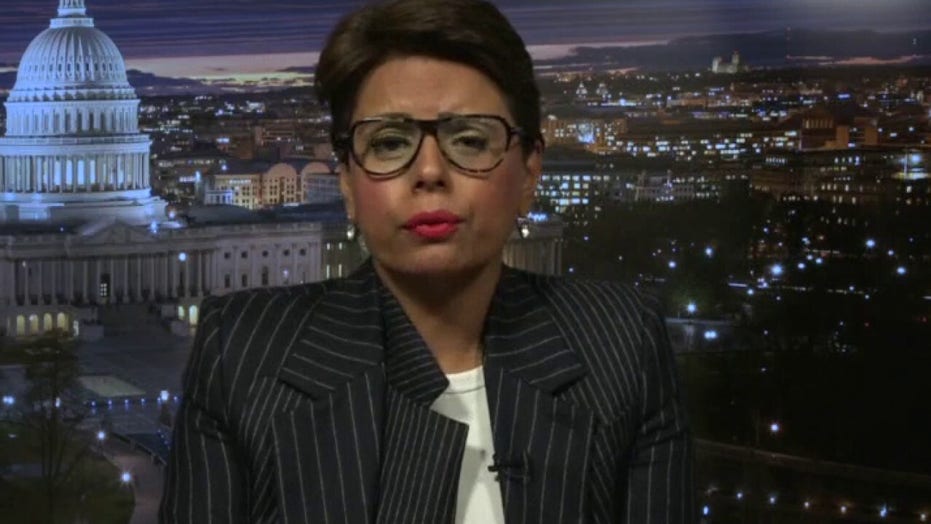 Dr. Ahmed on Israel-UAE peace deal: This will change the Muslim world forever

As a Muslim who understands that nothing in my faith requires me to oppose Israel and the Jewish people, I was honored to attend a White House ceremony Tuesday when agreements normalizing relations between Israel and the United Arab Emirates and Bahrain were signed.

Make no mistake: these are historic developments that now bring the number of Arab nations recognizing Israel to four, following Egypt in 1979 and Jordan in 1994. The fact that President Trump and his senior adviser and son-in-Jared Kushner were able to broker the new agreements is a testament to both their vision and effectiveness.

Israeli Prime Minister Benjamin Netanyahu joined representatives of Bahrain and the UAE as the guests of President Trump at the signing ceremony.

The establishment of Israeli-Saudi relations will likely have to wait for Saudi Crown Prince Mohammed to succeed his more conservative father, King Salman, on the throne. Saudi-Israeli peace and diplomatic ties will be a major development, finally bridging the divide between the Muslim world and Israel, and between Muslims and Jews.

Palestinian leaders who continue to reject peace talks with Israel and refuse to deal with the Trump administration are making a big mistake, as they find themselves increasingly isolated.

We can only hope that in time they or a new generation of Palestinian leaders will come to the realization that it is in the best interest of their own people to make a just peace with Israel based on compromises by both sides.

Regardless of political or religious affiliations, all Americans should be grateful for the success President Trump has achieved so far on the path to peace between Israel and its Muslim neighbors.

Fortunately, President Trump has continued to keep the door open for the Palestinians.

President Trump paved the way for the Palestinians to reach a just settlement when he announced an Israel-Palestinian peace plan at the White House in January, where I was also in attendance. Netanyahu immediately agreed to support the Trump plan and called on Palestinian leaders to meet him at the negotiating table, but the Palestinians instantly rejected the plan.

Regardless of political or religious affiliations, all Americans should be grateful for the success President Trump has achieved so far on the path to peace between Israel and its Muslim neighbors.

Israelis and Arabs (including Palestinians) can reap tremendous benefit from trade, engagement and peaceful relations. The hostility, wars and terrorism that have cost far too many lives and treasure since the modern state of Israel was created in 1948 need to come to an end.

To achieve the progress President Trump has brought about at any time in history is extraordinary. To do so when humanity has been under siege around the world by the most devastating pandemic in a century — and to do so 19 years after the 9/11 terrorist attacks on the United States redefined the free world’s relationship to radical Islam — is simply breathtaking.

Inevitably, some Muslim-majority nations are already conspiring as entrenched saboteurs to oppose peace between Israel and its neighbors. Most notably, the leaders of Iran remain committed to the destruction of the Jewish state of Israel and call the U.S. “the great Satan.”

Ironically, Iran’s hostility to the Arabian Gulf states — which are threatened by its military might and nuclear ambitions — is an important factor motivating some of those nations to establish relations and a tacit alliance with Israel against a common foe.

While it may seem that the map is being redrawn around Israel and the Gulf states, we are in fact witnessing a historic separation of Muslim nations on sectarian, ideological and geopolitical divides.

KT MCFARLAND: TRUMP MIDDLE EAST PEACE APPROACH WAS NOT CONVENTIONAL. HERE'S WHAT MADE THE DIFFERENCE

Nine years into the Arab Spring, Gulf Arab states are also extremely concerned about destabilization through fleeting popular movements that can open the gate to anarchy and turn them into failed states. The stability of their governments is a paramount concern, much as we believe it is here in the United States.

But the war within the religion of Islam against the radical political movement of Islamism also comes into the equation.

The ideological origins of much of Islamism come from the mothership of all Islamism — the Muslim Brotherhood— which is steeped in Marxism, enlivened with anti-Semitism and harbors explicit totalitarian ambitions.

The Turkish president has already threatened to end ties with the UAE and may be considering ending diplomatic ties with Israel. That would be a tragedy for what was the world’s first secular Muslim democracy and the first Muslim nation to have diplomatic relations with Israel.

The Arabian Gulf states are diametrically opposed to Shiite Islam Iran, which today deploys Islamist proxies at war in Syria, Yemen and inside Iraq in opposition to Sunni Islam. By contrast, under Erdogan, Turkey — a NATO member state — is now in an alliance with Iran, while at odds with fellow Sunni Muslim-majority nations.

Bahrain is the only Shiite-majority Gulf state in the Middle East ruled by a Sunni monarchy. Bahrain’s leaders fear a Shiite insurrection, such as the 2011 uprising that was quickly quashed by its powerful ally Saudi Arabia during the early months of the Arab Spring.

At the request of Bahrain, the Saudis simply rolled their tanks 15 miles into Bahrain over the King Fahad Causeway connecting the two nations and put out the fires in Bahrain’s capital of Manama.

To the Saudis, Bahrain is the epicenter of the Saudi-Iranian Cold War. The Iranians consider the tiny island nation of Bahrain a remnant of 18th century Iran.

Bahrain is also deeply allied with the United States, hosting the U.S. Navy’s 5th Fleet and engaging deeply in combating radical Islam from the outset of the Global War on Terror. And Bahrain is deeply irked by Iranian interference that has become unbridled in much of the Middle East.

Though small, Bahrain is a strategic and powerful nation in the Arabian Gulf at the gateway of some of the most valuable and critical waterways in the world. Bahrain needs every deterrent against a bellicose Iran that it can amass, so establishing relations with Israel makes sense.

In fact, establishing relations between Israel and all of its neighbors makes sense for the entire region. Historically, Muslims and Jews have lived together peacefully for far longer than they have been at war, going back to ancient times. We are all the descendants of Abraham, and we can achieve far more in cooperation than confrontation.

Much more remains to be done to end hostility and establish strong ties between the Jewish state of Israel and the Muslim world, but President Trump has helped pave the way for the day with the agreements he has helped bring about between Israel, the UAE and Bahrain.

One thing is certain: we can look forward to rapid progress, for there will be no holding it back.