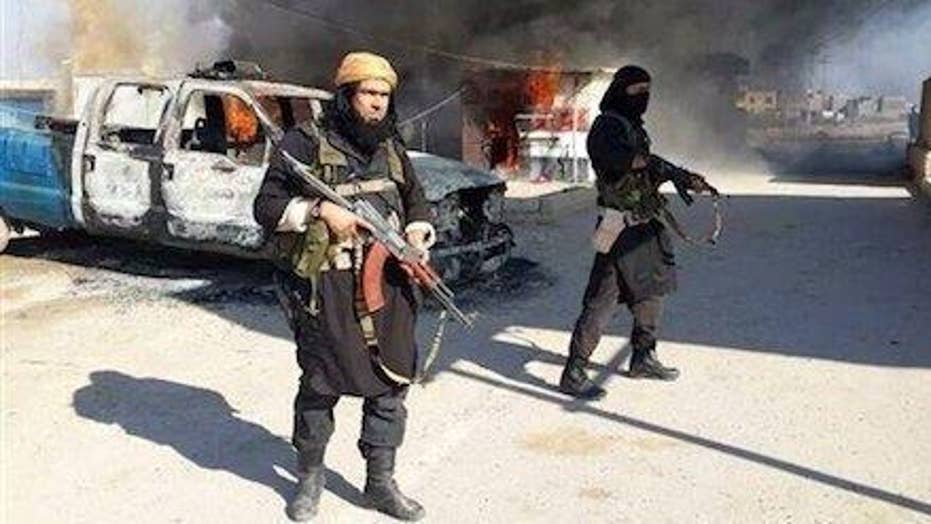 Spend whatever it takes to defeat ISIS?

In an absurd campaign season, we’ve hit an inflection point.

Against the backdrop of a terrorist attack in Brussels that took at least 31 lives and injured over 300, the too-fresh memory of the attacks in Paris and San Bernadino, and the news that seven Iranian hackers were indicted for cybercrimes, our politicians have officially lost the plot.

The credo of American politics has always been that politics ends at the water’s edge, and that when we’re under assault – particularly here at home – we pull together as Americans.

What’s happening now is diametrically opposed to that credo.

Neither the Democrats nor Republicans alone are to blame. Both sides are.

The time has come when America must unify around a common understanding of who the enemy is. It’s not President Obama, Hillary Clinton or George Bush. The enemy is them, the terrorists that are coming for us and our way of life.

President Obama should have come home from Cuba after the news of the Brussels attack broke. Instead, he gave this great tragedy a mere 51 seconds of time in a press conference while attending a baseball game with Cuban dictator Raul Castro where he talked to ESPN and did the wave. All while Brussels burned.

Adding insult to injury, Obama continued to Argentina, where he tangoed at a lavish dinner in a widely publicized video.

Nothing about these choices reflects an understanding of the fear gripping Americans or the sorrow besetting our allies.

Across the aisle, former mayor of New York City Rudy Giuliani alleged that Secretary Clinton was one of the creators of ISIS, an outrageous remark on every single level.

Let me be clear: the blame for the rise of ISIS falls at the feet of both Republicans and Democrats. President George W. Bush got us into Iraq in the first place, and on faulty information. Secretary Clinton and President Obama pulled our stabilization forces out too early, leaving a power vacuum that radicals jihadists seized upon.

It follows that the time has come when we must unify around a common understanding of who the enemy is. It’s not the president, Hillary Clinton or George Bush. The enemy is them, the terrorists that are coming for us and our way of life. I can assure you that when they get here, they aren’t going to ask our party identification, race or ideology.

And we won’t be ready unless we use this election to strengthen our nation, not tear it apart.

We need a clear and unambiguous plan to counter ISIS.

First, we need a greater presence in Europe. Donald Trump is wrong to argue that we should reduce our role in NATO. We can’t disengage from Europe. Those nations, and many Muslim nations in the Middle East, are our strongest allies in this fight.

Second, we may very well need to send more troops to Iraq and Syria as Senators John McCain and Lindsey Graham have argued. The administration’s decision last week to send troops to Iraq after one of our soldiers was killed was surely correct and we cannot be tentative and fearful.

Third, and most critically, we cannot be partisan. The fact that the president hasn’t organized a national bipartisan discussion on terror, as well as one for our allies to reinforce our coalition as we did during the Gulf War, is not only disconcerting, but a failure. We are facing a level of risk at home and abroad that is almost incalculable. Now is not the time to be shutting down on the national or international level.

You can’t do what Hillary Clinton has done and stick to the Obama talking points. And we can’t do what the GOP did and try to demonize the Democrats.

We must recognize that we have a common interest and common purpose and take the best from both sides to work together.

This may sound naïve and illusory, but it is right and reasonable.

As a responsible Democrat who has worked for Republicans and believes that people of good will can and must work together, I implore our political class to lower the tone and come together, as Speaker of the House Paul Ryan has called for, in order to introduce civility and results-oriented policy after a series of attacks that could represent the escalation of global jihad to previously unimaginable levels.

We can do so much better.