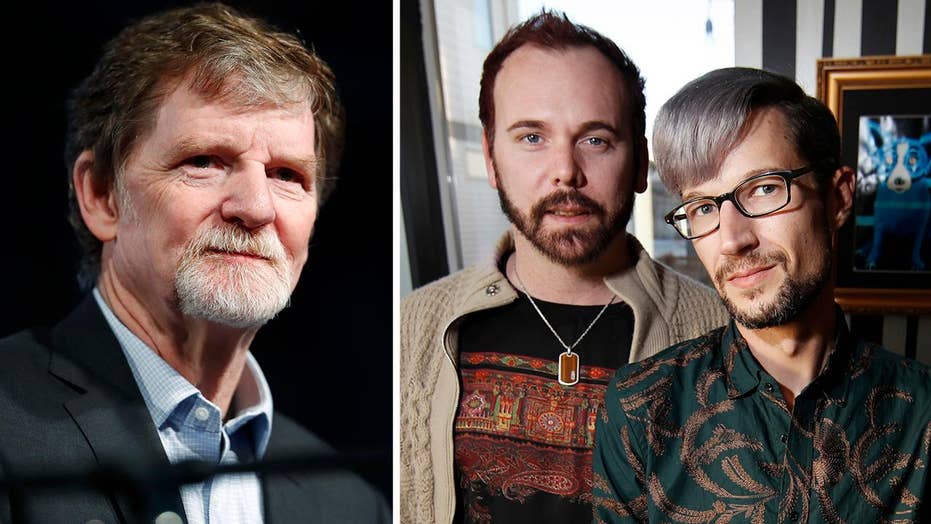 Citing his Christian beliefs, Colorado baker Jack Phillips was sued for refusing to make a cake for a same-sex couple.

The Supreme Court is expected to rule by June in the case of Masterpiece Cakeshop v. Colorado Civil Rights Commission, which involves a baker who refused to make a cake for a same-sex wedding. The high court heard oral arguments in the case Tuesday.

Attitudes toward the case seem to have split along partisan lines. Liberals tend to see it as about illegal discrimination against sexual orientation. Conservatives are more likely to take seriously the claims that free expression and free exercise of religion allow the baker to turn down work if it goes against his conscience.

It’s a mug’s game to figure out which way the justices will vote, but some of the questions they asked during oral arguments may give us an indication of their thinking.

The first half of the oral arguments had Kristen Waggoner of the Alliance Defending Freedom and U.S. Solicitor General Noel Francisco speaking on behalf of the baker, Jack Phillips.

If there was any question which way the liberals on the court were leaning, it was quickly answered by their tough inquiries. The liberals tended to dominate this section – especially Justices Sonia Sotomayor and Elana Kagan – and asked many probing questions to see how far the attorneys would go in defending Phillips’ actions.

The questioning was all about the baker’s free speech. Apparently, the religious freedom argument didn’t interest the liberal justices as much, perhaps because Supreme Court precedent states that neutral laws – such as civil rights statutes – don’t violate the Free Exercise Clause of the First Amendment.

If the case was to be about free speech, Waggoner wanted to make it about compelled speech. The government generally can’t force someone to express things he or she doesn’t believe.

And, according to Waggoner, “not all cakes would be considered speech, but in the wedding context, Mr. Phillips is painting on a blank canvas. He is creating a painting on that canvas that expresses messages.”

If the case turns on whether a wedding cake is food or art, perhaps this comment from Justice Neil Gorsuch is worth noting: “I have yet to have a wedding cake that I would say tastes great.”

Now the court conservatives came to the fore, with Justices John Roberts and Samuel Alito asking how far a state can go in forcing people to do something against their beliefs.

But court watchers were most interested in Justice Anthony Kennedy. He asked questions of both sides, but was perhaps most pointed when bringing up the religion issue.

Kennedy noted that one member of the Colorado Civil Rights Commission had made a statement that could be taken to show hostility toward religion. Not long after, Yarger noted that if a baker says he won’t sell a cake because of an objection to interracial or interfaith marriage, that would be discrimination.

Kennedy replied: “Counselor, tolerance is essential in a free society. And tolerance is most meaningful when it's mutual. It seems to me that the state in its position here has been neither tolerant nor respectful of Mr. Phillips' religious beliefs.”

Is this a peek into how Kennedy is leaning? He’s been a strong advocate of both free speech and gay rights. But does this exchange suggest he’s sympathetic to Phillip’s situation?

We probably won’t know until the Supreme Court issues its decision.

Until then, we can only guess what the court will say. Perhaps some of the justices will surprise us.  But, based on what we saw Tuesday, the most likely result seems to be yet another 5-4 decision in a controversial case, with Kennedy as the deciding vote.