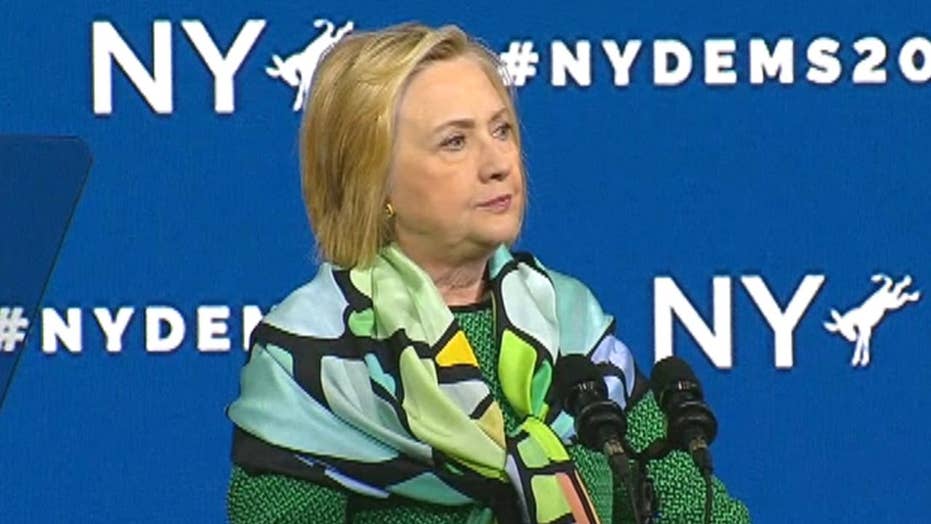 Hillary Clinton strolled through the Memorial Day Parade in Chappaqua, an affluent New York City suburb where she now lives. She attends the parade every year, but on Monday the buzz was about who she attended it with – New York Gov. Andrew Cuomo, who finds himself in a Democratic primary battle with “Sex and the City” actress Cynthia Nixon as he seeks re-election.

The parade was a good respite for Clinton, who has spent the better part of 18 months seeking sympathy and blaming everyone but herself for her still bitter loss to Donald Trump in the 2016 presidential election.

Over the course of Clinton’s public appearances she has made striking comments about American voters, and in particular women voters – especially women who voted for Trump over her, accusing them of being insufficiently committed to female empowerment.

Clinton all but branded such women as traitors to their own sex and opponents of the advancement of women. Why else, in her mind, could women possibly oppose her efforts to become America’s first female president?

Does Hillary feel uncomfortable with a woman in a position of power and exercising leadership of one of the most populous states? Does she feel being governor is really a man’s job?

More than half of white women voters cast ballots for Trump. And some 61 percent of white women without a college degree also backed Trump over Clinton. Trump also carried about 44 percent of the college-educated white female vote.

This must have been extraordinarily upsetting to Clinton, who saw herself as the champion of women and deserving of just about every woman’s support. Particularly since her only real campaign message was shattering that glass ceiling to catchy pop songs.

Just last month, while speaking in India, Clinton railed on about how Democrats “do not do well with white men, and we don’t do well with married, white women. … And part of that is an identification with the Republican Party, and a sort of ongoing pressure to vote the way that your husband, your boss, your son, whoever, believes you should.”

In Australia, Clinton once again spoke of perceived sexism in American politics and culture by telling interviewer Julia Gillard: “There is still a very large proportion of the population that is uneasy with women in positions of leadership. … There is this fear, there is this anger, even rage about women seeking power, women exercising power and people fall back on these attacks like you’re a witch or you should go to prison.”

One of these deplorable women Hillary Clinton is referring to must be the person she sees every time she looks in the mirror. How else could anyone possibly explain her betrayal of womankind with her endorsement of Andrew Cuomo over Cynthia Nixon?

Unless, of course, Clinton’s choice of Cuomo over Nixon is based on her own study of the policy positions and leadership qualities of each candidate and she is supporting the one she feels best represents her as a constituent. But if that’s the case, then that also applies to intelligent, independent women who chose Donald Trump over her.

Yet since her election loss, Clinton has refused to account for that scenario and instead written female voters off as puppet slaves trapped in some kind of “Mad Men” reality.

In urging more people to support female candidates for office, Clinton recently told a Rutgers University crowd:  "We have to keep that pipeline full. It’s not one and out. It’s keep getting more women to run, keep convincing young women to be part of it.”

But then Clinton did what she is famous for – doing exactly the opposite of what she said was her position, by endorsing Cuomo over Nixon in the Sept. 13 New York primary for governor.

According to Clinton, the only reason she must be endorsing Cuomo over Nixon is because her husband Bill, her brother, or her son-in-law are pressuring her to do so. Hillary must also be afraid, angry, even full of rage, over Nixon challenging Cuomo. Does she feel uncomfortable with a woman in a position of power and exercising leadership of one of the most populous states? Does she feel being governor is really a man’s job?

With Clinton’s endorsement, perhaps Nixon could surge over Cuomo in the Democratic primary for governor. Nixon also could have been helped if former Vice President Joe Biden would have endorsed her instead of Cuomo. But neither Hillary nor Biden endorsed her.

Of all the female candidates seeking office this year, perhaps none hold as high a profile as Cynthia Nixon, who offers a path and a face for the far leftist Tea-Party-like insurgent wing of the Democrats desperate for fresh faces.

But because Clinton chose to give in to her worst sexist impulses and accept male domination – the same thing she’s repeatedly accused female voters of doing when it came to her own candidacy – Nixon looks to be a footnote in New York politics. Meanwhile, both New York City Mayor Bill de Blasio and Andrew Cuomo plot possible presidential runs in 2020.

This certainly isn’t the biggest or most blatant example of hypocrisy in Hillary Clinton’s history, but it is one of the more illuminating ones, given how much she has attempted to align herself with Women’s March activists and targeted women voters for their own choices when she ran unsuccessfully for president.

And as she’s done so often over the course of her career, Hillary Clinton sets a trap for herself and then walks right into it. Even as she encourages more women to run for office, as she wrote for Cosmopolitan last October, her establishment cronyism prevents her from helping many women shatter the glass ceiling she tried and failed to shatter herself.

Clinton has stated she will be marching side by side with the Democratic Party all the way to midterms in November. “I will be there every step of the way because we are going to take back the country we love.” she declared in while in Washington.

As it turns out, that march she is on includes the old boys’ network she simultaneously claims needs to be dismantled for real change to occur in America for women. With Hillary there are always two standards. The ones she expects of everyone else, and the ones she holds for herself.

It turns out, once again, that the only person standing in the way of real change is Hillary Clinton.