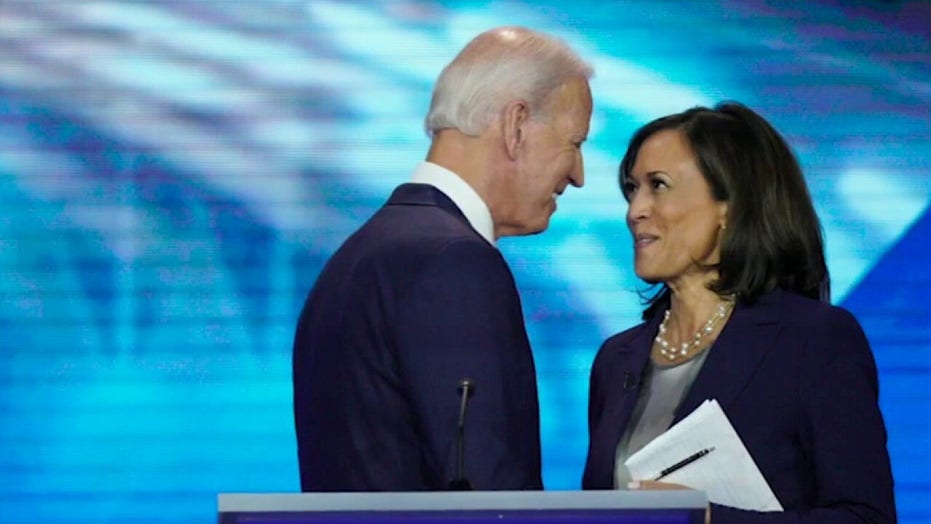 Turns out Joe Biden may have been a critical player in the plot to frame retired three-star Gen. Michael Flynn. But don’t expect reporters to ask him about it. They can’t.

Democrat candidate Joe Biden has not held a press conference in 87 days. Think about that. The man who wants to be the next president of the United States has not seen fit to answer questions about:

The protests and riots which shook Minneapolis, New York, Atlanta, Washington and other Democrat-led cities after the death of George Floyd.

DOUG SCHOEN: DEMOCRATIC DIVIDE BETWEEN PROGRESSIVES AND MODERATES IS GOOD NEWS FOR TRUMP

The rising movement within Biden’s party to #DefundThePolice and the growing attacks on cops.

The takeover of downtown Seattle by anarchists.

The criminal destruction of historical statues across the nation.

Tens of millions out of work.

And so much more…

It has been nearly three months of nonstop drama and heartbreak for our country, and Candidate Biden has remained mum. He has occasionally read scripted remarks off a teleprompter, and he has sometimes spoken with local media hosts. But he has refused to answer questions, even from a largely supportive press.

For most Americans, Biden is the Invisible Candidate.

Uncle Joe is running without a doubt the strangest presidential campaign in this nation’s history. Not only is he refusing to engage freely with funders, the press or the public at large, his backers increasingly advise him not to do so.

Recently, as the former vice president approached a small forum in Pennsylvania, reporters kept 50 feet away from the candidate politely called out, “What about a press conference, sir?” Neither Biden nor his handlers responded.

Other than that tiny event in Lancaster, Pa., Biden has left his basement only a handful of times, mostly car trips to nearby spots where he delivers prepared speeches and then scoots away before anyone can ask questions. His sole airplane flight took him to Houston, to attend the funeral of George Floyd.

His managers want him incommunicado; they know that any time Biden opens his mouth he could destroy his chances of unseating Trump.

Even his virtual fund-raisers are curtailed, with the candidate reportedly answering one or two pre-arranged questions, and then scuttling off the phone. His wife Jill is doing much of the heavy lifting, holding recently, for example, a virtual roundtable with Sen. Kamala Harris, D-Calif., in which she spoke about “Joe’s plan” for health care. Did any of the attendees wonder why Joe himself wasn’t hosting the conversation?

Perhaps the most revealing decision of his campaign was to turn down an interview in late April with the New York Times, even as many were criticizing his lack of engagement. Though the liberal Times was duty-bound to treat the former VP kindly (and did, in spite of the rebuff), “The Biden campaign declined to make him available…”

Most astonishing is that Uncle Joe’s invisibility is working for him. When he first descended into his basement, he led President Trump by about six points, according to RealClearPolitics. Today, that advantage has expanded to nine points.

His managers want him incommunicado; they know that any time Biden opens his mouth he could destroy his chances of unseating Trump.

Remember it was just five weeks ago that Biden told radio host Charlamagne tha God that “if you have a problem figuring out whether you’re for me or Trump, then you ain’t black,” sparking widespread condemnation and a dip in Biden’s polling.

Most recently he told the Lancaster group that the coronavirus had killed 120 million Americans, instead of 122,000.

He followed that goof with this typical verbal tie-die: “Donald Trump needs to stop caring about how he looks to start caring about what America has happened to the rest of America.”

Republicans are optimistic that Trump will trounce Biden in the traditional presidential debates, and have petitioned the Commission on Presidential Debates to allow a fourth encounter. They argue that with more mail-in early voting, they should meet in early September; currently, the first debate is scheduled for Sept. 29.

Democrats have stopped that idea cold. Having seen Biden frequently stumble during the primary debates, they know the freewheeling give-and-take could sink their candidate.

In addition, knowing that Trump is energized by a live debate audience, Democrat officials are using COVID-19 as an excuse to dispense with that tradition. They also hope that without the ritual booing and applause, the debates will be less interesting and viewership will crater.

They have also scaled back their convention, eliminating opportunities for the candidate to meet with backers or the press, hoping few will tune in.

You have to wonder, can Biden really hide through Election Day?

It seems unimaginable that Americans will elect a man who is afraid to speak to them. They may hate Trump, and they may blame him for the nation’s troubles, but can they actually vote for a candidate unable to hold his own in public?

Biden is not home free. Strategists have noted he needs a huge turnout to win. He won’t get that unless he can gin up excitement among Democrats – excitement which is clearly lacking today.

Speaking to Stephen Colbert after the infamous interview with Biden, Charlamagne tha God implored the candidate to work harder, and especially for black votes. “We just know that there were 4.4 million registered voters who showed up in 2012 but didn't show up in 2016, and a third of them are black. So there’s no guarantee they're going to show up this year. So you really have to give them a reason to show up.”

It isn’t just the black community that may need to hear more from Biden. In the recent Kentucky primary, Biden carried only 58 percent of Democrat votes; Donald Trump won 98 percent of GOP votes.

Biden may be leading in the polls, but he has work to do. Work that can’t be done in a basement.