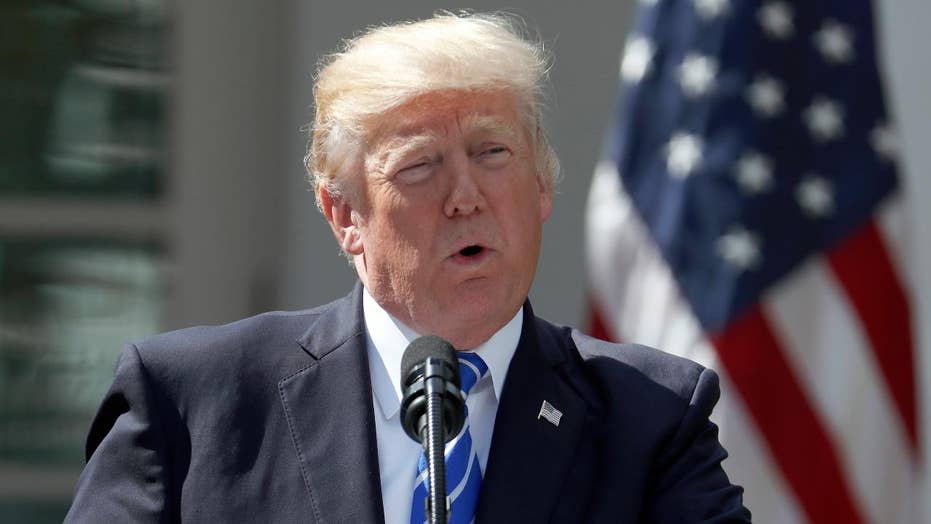 As President Trump travels to Indiana this week, stumping to reduce a corporate tax rate that is the highest in the world and a full 10 points higher than the global average, predictable critics on the far left have dusted off the tired “corporate welfare” refrain. The class warfare page in the their playbook is getting a little dog-eared, and it’s holding our economy and our workers back. It’s past time for Congress to put aside rhetoric and partisan bickering and work together to strengthen America’s ability to compete globally.

It’s true that taxes are necessary to fund the services we expect from government. But excessive taxation kills innovation, economic growth, and job creation while holding back wages.

There’s no question that America’s corporate tax burden is beyond excessive. A 2008 OECD study found corporate taxes are the type of tax that most stifles economic growth. Business tax cuts support higher wages for workers just as much as they support business owners and investors, according to a growing body of academic research and practical experience in the locations that have tried it. Regardless, those who claim the benefits of tax reform would go to investors ignore the fact that much of Wall Street’s capital arises from American’s 401K investments and public employee pension plans. The investors who stand to benefit are ordinary American families preparing for retirement.

As the author of Indiana’s corporate tax reforms, I can tell you with confidence that the Hoosier state’s experience stands as an instructive example as we enter the national debate. During the depth of the Great Recession, legislative leaders in Indiana engaged in a thoughtful, bi-partisan dialogue about ways to strengthen our economy, encourage job creation and attract investment. We recognized that Indiana’s comparatively high corporate tax rate hurt efforts to attract new business growth, and, to make matters worse, much of our corporate tax burden was being shouldered by thousands of small and mid-sized Hoosier businesses that lacked the legions of accountants and lawyers to shelter income and lower effective rates like the big names of the Fortune 100.

A blue ribbon economic development study committee recommended that Indiana’s business tax rates be reduced and simplified “to lower costs and improve competitiveness.” Working with Governors Mitch Daniels and Mike Pence, the General Assembly found bi-partisan support to enact two rounds of corporate rate cuts that vaulted the Hoosier State ahead of our competition and has placed us in the top 10 states in the nation for our business climate.

While Indiana lowered business taxes by nearly 50 percent, our neighbors in Illinois increased them. The predictable result – as of 2017 more than 50 companies have relocated operations from Illinois to Indiana, bringing jobs and enhancing our state tax revenue so that we can invest in improving our roads, schools and other priorities. Indiana’s unemployment rate remains among the lowest in the Midwest, below the national average, and a dramatic 1.5 percent lower than Illinois. Hoosiers’ personal income growth is strong, our budget is balanced, our credit is rated AAA, and we have a rainy-day fund reserve that approaches $2 billion. It’s a formula that the nation could and should emulate.

As Indiana lowered rates, we have also reduced or eliminated many tax incentives, allowing our low flat rates to be our strongest selling point. Recently, our tax incentive review process was recognized by the Pew Foundation as one of the best in the nation. For our colleagues at the federal level, Indiana’s experience suggests cleaning up the code, eliminating excessive breaks and loopholes, and using the savings to dramatically lower rates is a winning formula.

Of course, there is some tax reform that can only occur at the federal level. Allowing for a limited-duration repatriation of the more than $2 trillion in foreign profits being held overseas by U.S. companies at a reduced rate would create a massive pool of domestically available capital for businesses to invest here at home. Encouraging the return of these overseas profits would also create an influx of tax revenue to the government to help pay for any temporary revenue loss from a rate cut.

Over the long term, lowering tax rates would not only reduce the incentive for large corporations to engage in offshore tax shelters, but would also reduce the tax burden on smaller domestic businesses, giving them additional capital to invest in operations and workers.

Until Congress acts decisively, the U.S. will be hamstrung in its ability to compete for jobs and investment against our global rivals. Making America great again requires a healthy business sector. President Trump is right, our flawed and excessive corporate tax structure is holding our economy back from what it could be.

Senator Brandt Hershman is the Majority Floor Leader and Chairman of the Committee on Tax and Fiscal Policy in the Indiana Senate. He is a two-time recipient of the Tax Foundation’s award for Outstanding Achievement in State Tax Policy and a member of the GOPAC Board of Legislative Advisors.