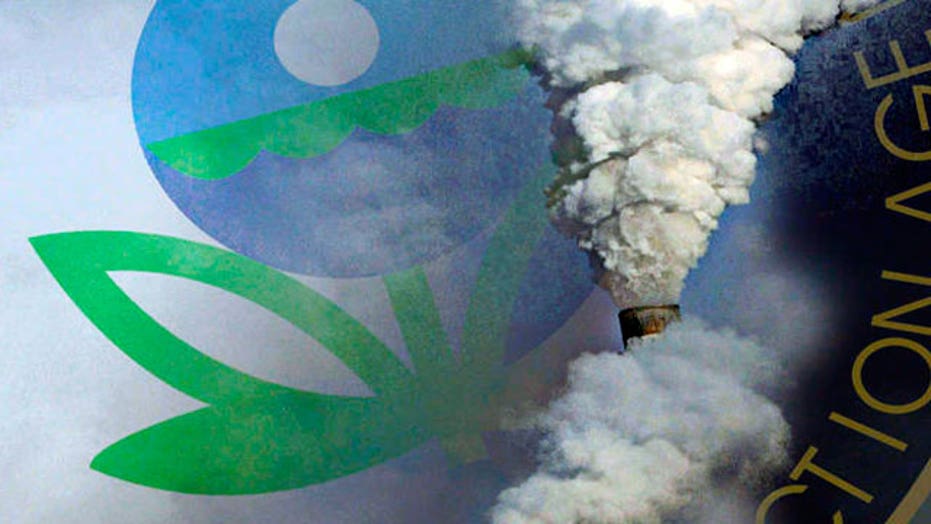 One of the leading leftwing environmentalists last week described the hundreds of thousands of Americans who may lose their jobs due to the Obama administration's new anti-carbon regulations as "collateral damage" in the fight against global warming.

The offensive comments were issued by William S. Becker, the head of the Climate Action Project, a well-funded environmental group.

In his piece in the Huffington Post praising the new Environmental Protection Agency regulations to stop climate change, he lamented that "there is nothing explicit in the [Obama] plan to mitigate or adapt to the economic disruption the clean energy transition will cause for coal and oil-country families."

He said that the pain and suffering to the estimated 200,000 families put out of work is an "evolutionary step in technology and the economy" and a move toward "economic progress."

Mr. Becker wants more government programs to help the "disrupted" families, as though yet another government job training program will solve the problem that these workers' lives have been turned upside down. Perhaps this is what the left means by "environmental justice."

The "let them eat cake" attitude may strike readers as unbelievably offensive and cavalier. Imagine the outcry if a Republican referred to middle class job losers as acceptable "collateral damage." The story would be on the front page of every newspaper in the country and if Mr. Becker were the head of an industry group he would almost surely be facing intense pressure to resign.

But Mr. Becker is at least giving an honest assessment of the negative  impact of the radical anti-carbon lobby's crusade on middle class families.

The job losses in the coal mining, oil and drilling, construction and trucking industries are acceptable to the left climate change zealots, especially if it means the U.S. will take a mostly symbolic step to reduce global greenhouse gas emissions.

One study by the U.S. Chamber of Commerce finds that the new EPA regulations will destroy 200,000 mostly blue collar energy jobs, reduce the U.S. GDP by about $50 billion a year and cost families thousands of dollars over the next decade in higher energy costs.

The workers who will be harmed live in places like Wheeling, West Virginia and Bakersfield, California and hundreds of energy industry towns in between.

Will voters in these areas tolerate these disruptions to their lives? Will they accept that they are"colletaral damage" to the radical  green movement? We will see.