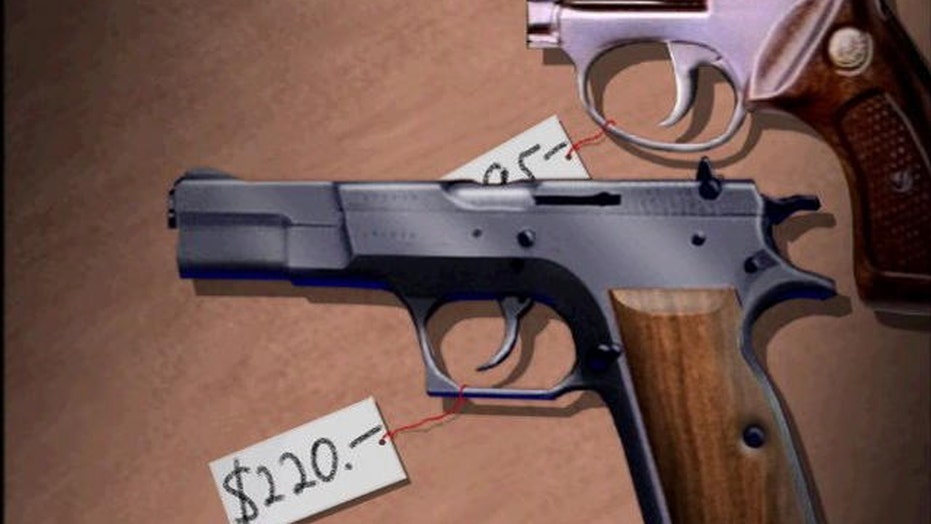 Gov. Malloy's budget proposal includes increasing the state portion of the pistol permit renewal fee from $70 to $300 and new permits from $140 dollars to $370

During the 8 years he was president, Barack Obama’s administration experienced an explosion in gun sales, with annual background checks more than doubling between 2008 and 2016.  In the eighteen months leading up to the 2016 election, gun sales set one new record after another.

So when a pro-Second Amendment candidate won the election most observers figured that gun sales would at last begin to drop. But it hasn’t worked out that way.

Conventional wisdom held that the sharp rise in gun sales over the course of Obama’s presidency was supposedly driven, at least in part, by the threat of gun control. That’s why everyone expected gun sales to decline after Trump’s victory.  Yet, the average monthly gun sales from November through February are up from the already very high level in October.

In fact, there was a large increase in gun sales immediately following the election.  November had a record-setting month for FBI background checks. On Black Friday, there was a single day record of 185,713 checks.  While December sales were not quite at record levels, they were still the second highest monthly total ever.  January’s and February’s sales data slipped below last January’s and February’s, but they were still the second highest January and February sales on record.

Anecdotal stories right after the election suggested that people — particularly minorities — might be buying guns out of fear of a Trump presidency. The National African-American Gun Association saw a 7% increase in members just over the Thanksgiving weekend.  NBC News contacted gun storeowners who reported seeing up to four times as many black and minority customers.  The Liberal Gun Club says that its membership is up 10%.  Many news stories quote liberals saying that they bought a gun for the first time after the election.

There were other signs that gun control was losing popularity. “Miss Sloane,” a pro-gun control movie, flopped miserably in December.  Despite being heavily advertised and promoted in the mainstream media, the film’s second weekend saw an average of fewer than 10 viewers per day per movie theater.

In November, Nevada narrowly passed a ballot initiative that imposes background checks on private transfers. And the victory of less than one percentage point came only as a result of $20 million in spending personally funded by Michael Bloomberg.  This amounts to an incredible $35.30 per vote.  The same initiative lost in Maine by 4 percent despite similar massive spending.  So much for the oft-repeated claim that 80 to 90 percent of Americans favor such laws.

Yet, there is broader statistical evidence that liberals at least temporarily changed their views on guns.  Gun sales in November right after the election rose most sharply in the most heavily Democratic states.  Among the seven states (plus the District of Columbia) that the New York Times categorizes as consistently voting for Democrats, there was a 20.6% increase in background checks from October to November.  By contrast, there was only a 4.5% increase among the 19 states that the Times labeled as consistently Republican.

Excluding California, there was still a 13.1% increase in gun sales in the other heavily Democrat states and DC.  This was still almost 3 times the increase in heavily Republican states.

But California’s massive 44% increase in sales in November and December was undoubtedly due in large part to new regulations banning the sale of certain guns after December 31st.  January’s sales in California plummetted so much that they were down 28% below the level in October.

These changes fit in with general national trends in gun use and ownership.   The number of concealed handgun permits has soared from about 4.6 million in 2007 to 14.5 million in 2016.  And over the last four years some data indicates that permit-holding has been increasing about 75% more quickly among minorities than among whites.  The number of women with permits has increased twice as quickly as the number of men with permits.

According to a December 2014 PEW poll, 57 percent of Americans believe that gun ownership “protects people from becoming victims of crime.”  Thirty-eight percent believe that it “puts people’s safety at risk.” That’s an 8-percentage point increase in positive views from just two years earlier.  Except for Democrats as a whole, every group identified by PEW had come to view gun ownership more positively.

The two groups with the largest attitudinal shifts were blacks and women.  Compared to two years before, nearly twice the percentage of blacks answered that gun ownership does more to protect them than harm them.  It rose from 29 to 54 percent.  For women, the increase was 11 percentage points.

Gallup polls have also shown remarkable changes over time.  In 2000, only 35% of respondents thought that guns in the home made them safer.  By the end of 2014, that answer was shared by 63% of people.  Even 41% of Democrats answered that way.

The sale numbers imply that while the sudden increase in gun sales in Democrat states was likely temporary, a more fundamental change might be occurring for blacks.  Why Republicans keep buying guns at high rates is still a question.  It surely doesn’t fit the mantra that “fear drives gun sales.”

As women and minorities come to support gun ownership in increasing numbers, gun control advocates will find themselves facing an uphill battle.