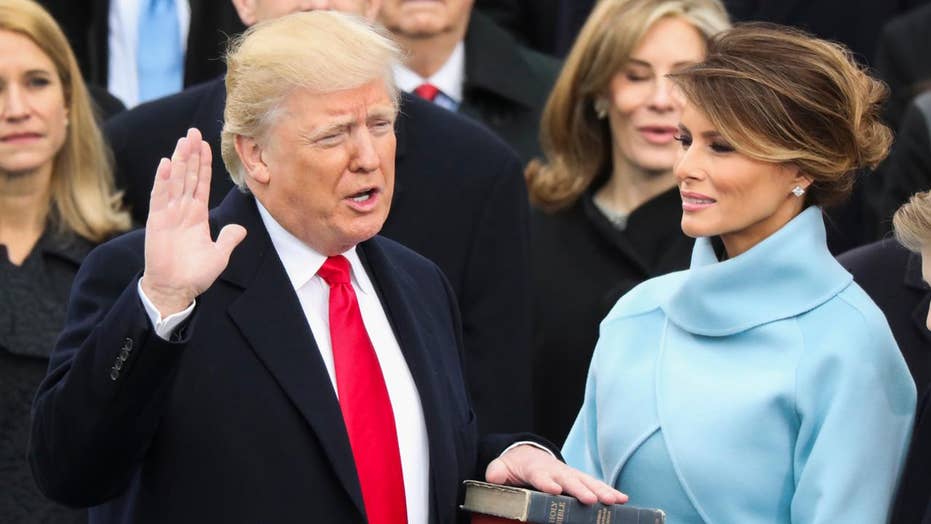 President Trump will travel to CIA headquarters Saturday to meet with the nation’s leading spies and analysts.

The visit comes at a strained time between Trump and my former intelligence colleagues, largely because their commander in chief initially rejected – and later acknowledged – their assessment of Russia’s meddling in the 2016 campaign. He did so in very personal, unforgiving terms.

But Trump has his own reasons to be frustrated: former intelligence leaders smeared him with unproven allegations of a treasonous relationship with Russia. Even President Obama took a dim view of how they handled the unvetted rumor.

So how does Trump reset his relationship with our nation’s spies? One simple idea: show that he can think and act like one.

Spies live by a unique set of rules. Some are formal, some are unspoken. All told, they guide how clandestine officers think and behave, shaping their view of themselves, their colleagues, and the world. If Trump can adopt these rules, he will earn the trust and respect of the men and women that he needs to protect the republic.

Spies live by a unique set of rules. Some are formal, some are unspoken. All told, they guide how clandestine officers think and behave, shaping their view of themselves, their colleagues, and the world. If Trump can adopt these rules, he will earn the trust and respect of the men and women that he needs to protect the republic.

Here are the top five.

1. If You Mess Up, Fess Up: When a spy makes a mistake, the consequences can be grave. People die. Nations stumble. Yet all people fall short. The path to redemption at the CIA is straightforward – acknowledge the error, apologize, and help find a solution.

Trump made a mistake in slamming the intelligence community and their assessment of Russia’s meddling in the election. Healing that wound involves an apology and commitment to listening more carefully in the future. No other words will do.

At the same time, Trump should rightfully remind CIA officers that unvetted rumors have no place in American intelligence. Especially when it involves domestic politics.

2. All for One, One for All: Spies understand that diversity is important. Foreign targets present themselves as every race, religion, gender, ethnicity, and sexual orientation. Recruiting these informants takes officers who match that complicated diversity. To be clear, this isn’t about some form of liberal social engineering. It’s about mobilizing good human sources of information.

Trump should acknowledge and embrace this ethos of diversity, ensuring that the intelligence community has the full range of officers and assets it needs to keep the nation safe.

3. Challenge Your Assumptions: In the civilian world, we’re encouraged to stand firm in our beliefs. In the world of espionage, beliefs are temporary. Why? With every passing second, new reports pour in from around the world with updated information. Spies have to be on the watch for new insights that challenge their assumptions. It’s dangerous to assume you’re always right.

Trump should champion this culture and explain that the country needs this perspective to prevent fighting the wrong wars or adopting the wrong tactics.

4. Innovate or Die: The CIA’s mission hasn’t changed since the 1940s but virtually everything else has. Two years ago, the Agency’s director launched reforms in the spirit of keeping pace. Regrettably, many of those changes have fallen flat and made the country less safe. Still, changes are needed.

Intelligence officers would welcome Trump’s reversal of the failed reforms, focusing instead on the core problem: a culture of yes men (and women). Changing organizational charts won’t matter if you don’t change the Agency’s leadership.

For proof of the dysfunction, Trump should ask for employee surveys that capture their lack of trust in senior management.

5. America First: Spies embody the spirit of President Kennedy’s call to be an idealist without illusion. They understand America’s promise as leader of the free world but know others seek to destroy her. They’ve seen that we have no permanent friends, only permanent interests.

Trump should acknowledge that America is strong only because we make it so. Allies like the Europeans or NATO are critically important, but no other nation or entity will replace firm American resolve in the face of adversity.

No matter how Trump handles his first engagement with the CIA, he and the country should understand one final rule of spies: fidelity to the American people. They do not serve a political party. And they do not flee if their preferred candidate loses an election. They stand firm with the Constitution and offer faithful service to their commander in chief.

It’s now up to President Trump to show that their loyalty is well placed.