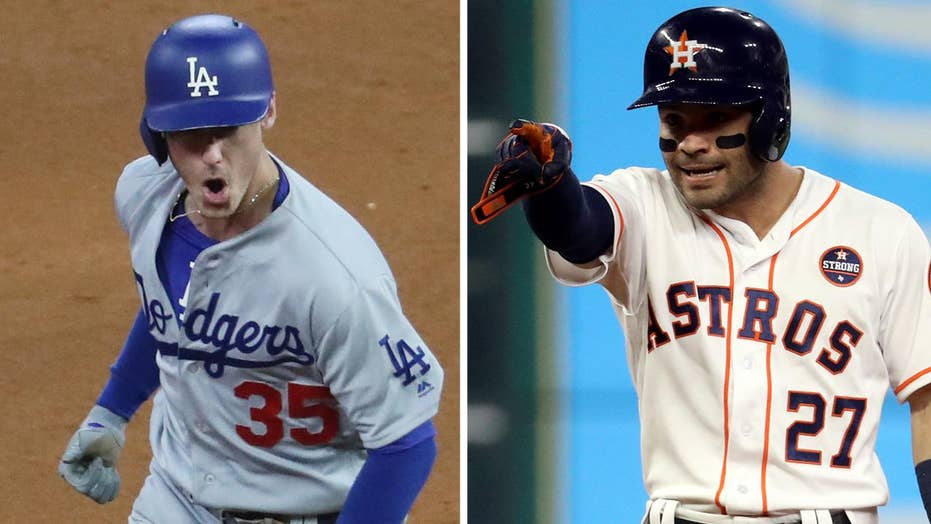 Many stars are hoping for a series-deciding Game 7 between the Los Angeles Dodgers and the Houston Astros.

As the Astros and Dodgers moved into extra innings in game two of the World Series last week, fans seemed to light up and lean forward in their seats, as if tenth innings were the reason they watched games.

Even this Mets fan, originally torn about whom to root for in the 2017 Fall Classic, sat on the edge of my seat in disbelief as Houston clawed its way to a win against Los Angeles.

Game two – a game ESPN described as “so completely insane and ridiculous that you wouldn't believe what happened if you didn't watch it” – was a cocktail of suspense and excitement that reminded fans why they follow baseball … biting our nails as the 11-inning back-and-forth unfolded – with the Astros tying it up in the ninth, two Dodgers homeruns answered to tie it up again in the tenth, and the Astros finally managing to squeeze out a 7-6 win in the eleventh.

Game five was another mindblower, with the Astros winning 13-12 after an exhausting 10-inning home run bonanza that winning pitcher Joe Musgrove called “the craziest game of my life.”

The sweetness of these wins, however, was missed by many young people who have written off learning the rules of such a “boring” game.

One could say a good baseball game is like a good song. Punctuating the rhythm of the game are crescendos of excitement, which are only sweetened by the quieter parts.

Many young Americans were raised on football, soccer, or basketball, noble sports no doubt, but somewhere along the line they found themselves incapable of sitting through America’s pastime.

In the age of shorter and shorter attention spans, those in their teens and 20s who cannot sit through a Marx Brothers movie, much less a baseball game, are missing out.

The suspenseful quiet that takes up a large part of the game leaves room for the players’ human quirks to steal the spotlight, fascinating fans as every movement tugs on the fate of the game.

Detroit Tigers pitcher Mark Fidrych, for instance, talked to himself on the mound in the 1970s, sparking the lore that he was really talking to the ball. Another pitching legend, Gaylord Perry, twitched before pitches on purpose, driving batters up the wall.

The New York Mets were home to some of baseball’s greatest characters, leading Manager Casey Stengel to say that his beloved (but losing) “Amazins” “are a much improved ball club; now we lose in extra innings!”

The rules of baseball also set the groundwork for artful suspense. In game seven of the World Series, the ninth inning, with two out, bases loaded, two strikes on the batter, the batting team losing by no less than three runs, the losing team can still win the entire championship on a single pitch.

It was that sort of scenario that made famed Mets coach Yogi Berra warn, “It ain’t over till it’s over.”

True, some modern changes threaten the game. Even during the span of this writer’s childhood, games at Shea Stadium, Citifield, and the old Yankee Stadium got louder with more distractions and sideshows in case fans were getting bored. Some of the extras, like team mascots (Mr. Met!) and the kiss-cam are a blast, but the game itself was always the most exciting part.

Diehard fans of other sports like football, basketball, hockey or soccer, may object to baseball being exciting. There is none of the standing around, looking at the grass and kicking the dirt that goes on in baseball in those other pasttimes.

However, one could say a good baseball game is like a good song. Punctuating the rhythm of the game are crescendos of excitement, which are only sweetened by the quieter parts.

I remember around 2002 my dad took my little sister and me to a Mets game at Shea. My sister, around seven at the time, announced on the way there that she would catch a foul ball in her cap, showing us from the car back seat how she would hold her cap up.

“That would be nice, pet lamb,” my dad said.

A little kid can sit for hours holding a cap up in hopes of taking a piece of the game home. Surely the rest of us bored grown-ups can take some time to appreciate a game that has it all, from grit to art.

Babe Ruth put it in fewer words: “The only real game in the world, I think, is baseball.”

Mairead McArdle is a writer for Fox News Insider and has reported for the Washington Examiner.