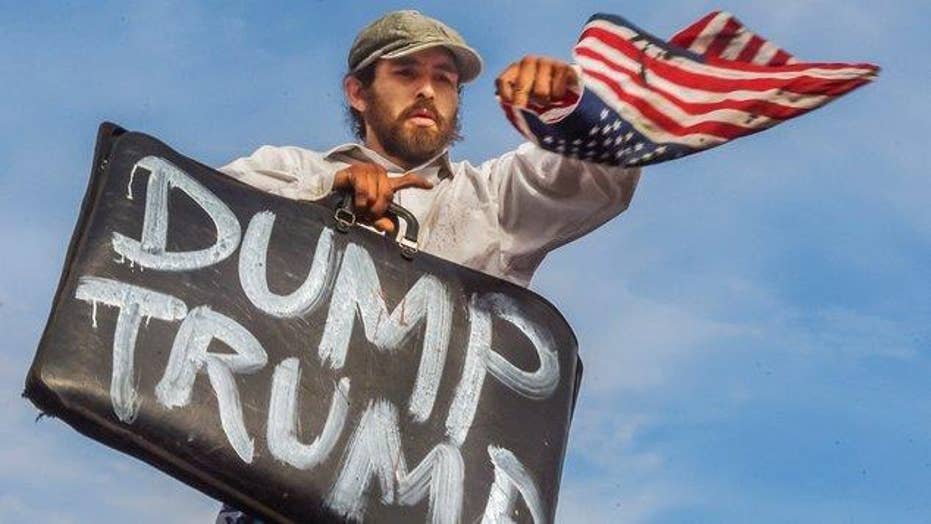 During a shouting matching Thursday night between top aides of Donald Trump and Hillary Clinton, the President-elect’s campaign manager Kellyanne Conway summed up a key reason for why my Democratic Party lost – and will likely continue to lose. “There’s a difference for voters between what offends you and what affects you.”

To understand what she meant, look to the recent developments in Indiana. Millions of voters in the Rust Belt are in awe as 1,100 of their fellow blue-collar workers at Carrier narrowly missed being laid off. Instead of training Mexican replacements, these Hoosiers are celebrating an American paycheck.

WE HAVE 1,100 HAPPY FAMILIES AND A NEWS MEDIA UNABLE TO REPORT ON SUCCESS

In normal times, my fellow Democrats would have celebrated this modest victory in the fight against globalization. They might have even applauded the president-elect for helping make it happen.

But these are not normal times.

Media reaction captures how tone deaf we have become. My party is advancing stories of outrage over the generous tax incentives that Carrier received – some $7.0 million at present.

We’re hearing disbelief that companies can now blackmail Trump into getting their own sweetheart tax deals. Even trade critics like Bernie Sanders are complaining that Trump didn’t save enough jobs from being shipped overseas.

While there’s merit to these concerns, Ms. Conway knows that however offended some people may be, there are far more who are affected by the outcome.

From now until Christmas, we will see narratives of hard working Americans emotionally recalling how much they feared joblessness and bankruptcy once Carrier shut off the lights. They will tell us of the Christmas that almost was, complete with heartbroken children with no presents under the tree.

But now? There will be presents aplenty. And they will have President-elect Trump to thank for it.

Facts aside, how does this look to average Americans in North Carolina, Michigan, and Wisconsin? For better or worse, the headline is clear: Trump is a president who picks up the phone and saves jobs. Democrats are whiners. It doesn’t matter whether that’s fair.

My party continues to make this same mistake with Trump over and over.

During the election, Secretary Hillary Clinton levied a million arguments for why Trump wasn’t fit for the presidency. He was accused of hating women, gays, Latinos, Jews, Muslims, and overweight beauty queens. He had a bad temperament. He was a Russian spy. He bankrupted contractors. He hadn’t paid taxes since the 1980s. His skin was orange and his hair fake.

Since the election, we’ve stuck to the same script. His chief strategist is a white supremacist. His cabinet picks are Islamophobic. His business interests are in conflict with Washington protocol.

But guess what? Most voters didn’t – and still don’t – care. In the Rust Belt and rural communities, they have bigger problems to tackle. Idle factories, saw mills, and coal mines. Families falling apart from opioid addiction. Incomes that have less buying power than 40 years ago. Kids living at home because they are swamped with student debt.

They’re running out of hope.

Enter Donald Trump and his willingness to shame an American corporation into submission. First with Ford in Kentucky. Now Carrier in Indiana.

Love him or hate him, voters see a man who delivers.

All of which begs the question: how will Democrats be relevant in this new era of a hands-on president? After all, the country needs a faithful opposition. We are not China with their one Communist Party.

Thankfully, the path to relevancy is surprisingly straightforward.

First, we must swallow our pride and acknowledge that Trump is America’s president. It doesn’t matter if we don’t like the man. The American people have chosen.

We gain nothing by supporting Jill Stein and Hillary Clinton as they engage in fruitless recounts. No more excuses. We lost and it’s time to move on. The 2018 elections will wait for no one.

Next, let’s celebrate if Trump succeeds. When over 1,000 men and women in Indiana keep their paycheck, let’s be joyful and figure out how to do it again. Wishing for his failure – or minimizing his successes – is petty and undignified. Voters see right through it.

Third, let’s find common cause with Trump where it’s in concert with our values. Start with renegotiating NAFTA and our participation in the WTO. Collaborate on rebuilding America’s roads, bridges, and rail lines. Update our water systems to avoid lead poisoning in our children. And let’s build high-speed internet service for our rural communities.

Of course, there are important differences between the parties where compromise will be tough. The social safety net – Medicare, Medicaid, and Social Security – is a fiscal mess. Republicans want fewer benefits, Democrats higher taxes. We’re all going to have to give a little. Nobody will get everything they want.

Make no mistake, there are areas where we simply cannot compromise. We believe in a woman’s right to control her body. We believe that gay and lesbian Americans deserve equality. But even here we can at least be civil as we disagree. Voters and the courts will decide who is right.

All told, Democrats have a choice: we can make the next four years productive for the American people, or we can choose obstruction.

But let’s remember that the friends and family of those Carrier workers are watching. And so, too, are the American people. If we handle ourselves poorly, neither history – nor elections – will judge us kindly.