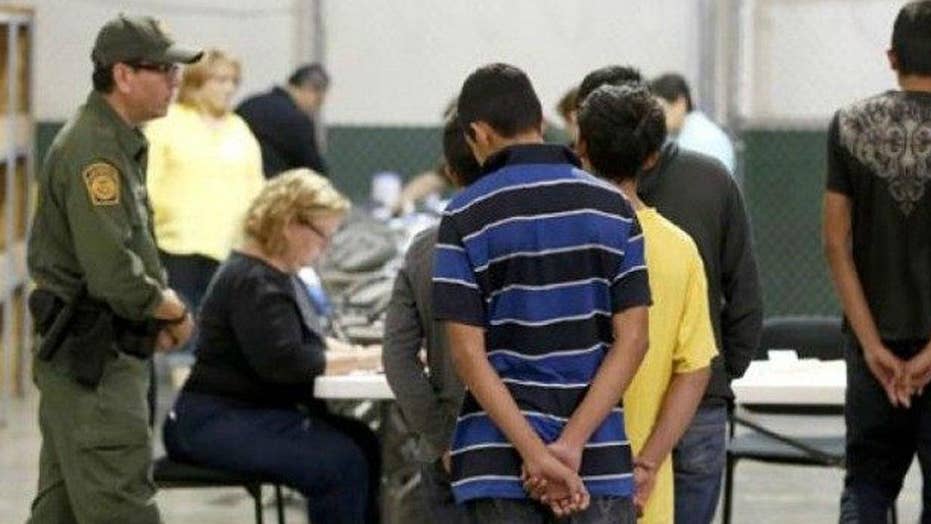 The House of Representatives recently passed two laws to crack down on illegal immigrants in the United States – Kate’s Law (H.R. 3004) and the No Sanctuary for Criminals Act (H.R. 3003). Both were prompted by the tragic 2015 murder of Kate Steinle by an illegal immigrant named Juan Francisco Lopez-Sanchez, and by the perception that illegal immigrants have created a crime wave.

That perception is simply untrue.

Illegal immigrants are not all criminals, as most immigration offenses are civil violations and not criminal ones. Civil violations in immigration law are punished with deportation, while criminal violations are punished with jail time. The Center for Migration Studies estimates that 66 percent of illegal immigrants who entered in 2014 did so by overstaying a visa, which is not a crime. It’s difficult to prove in court that the other 36 percent committed a crime by entering illegally.

Fear of an illegal immigrant crime wave is sparked by the fear that they are overwhelmingly murderers, rapists, and thieves. In reality, illegal immigrants have lower incarceration rates and live in places with lower crimes rates than native-born Americans.

Regardless, fear of an illegal immigrant crime wave is not sparked by the specter of people breaking administrative immigration rules, but by fear that they are overwhelmingly murderers, rapists, and thieves. In reality, illegal immigrants have lower incarceration rates and live in places with lower crimes rates than native-born Americans. Far from perpetrating a crime wave, immigrants actually decrease crime rates.

Those who think illegal immigrants are unusually crime-prone tend to make several errors when making their case. The most common is to only look at non-citizen incarcerations in federal prisons. First, that is a bad measurement because non-citizens includes illegal immigrants and also legal non-citizens, so it is an over count. Second, federal prisons only hold about 10 percent of all prisoners, with the other 90 percent incarcerated in state and local prisons and jails.

Federal prisons hold prisoners convicted of federal crimes or crimes committed while crossing a border, including immigration offenses and drug smuggling, which disproportionately lead to foreigners being imprisoned. In May 2017, the last month for which data are available, 46.3 percent of federal inmates were incarcerated for drug offenses and 8.2 percent for immigration crimes. Imprisonment of non-violent drug and immigration offenders is not the hallmark of a crime wave.

American cities with more illegal immigrants do not have higher crime rates. Even immigration restrictionists like Representative Steve King, R-Iowa, admit that legal immigrants are less crime-prone than natives, but they also live in the same cities as illegal immigrants. This makes it difficult to estimate how illegals affect crime rates on the local level.

However, the evidence strongly suggests that they at least don’t worsen them. A study of recidivism rates in Los Angeles conducted by two RAND Corporation scholars discovered that there was no difference between rearrest rates over a 30-day period between illegal and legal immigrants. While not perfect, this study is still broadly consistent with the others.

Alex Nowrasteh is the immigration policy analyst at the Cato Institute's Center for Global Liberty and Prosperity.