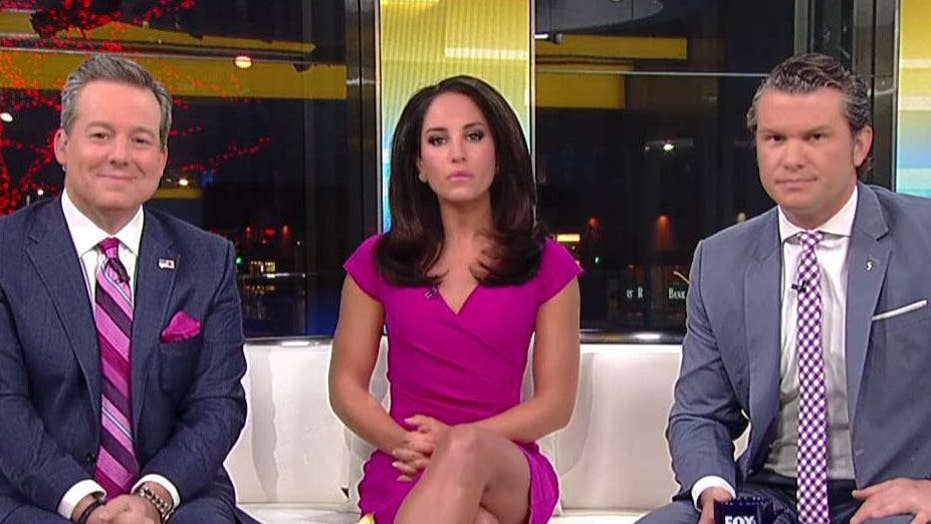 Nancy Pelosi doubles down her defense of Omar, says she has a 'different experience with words'

Rep. Ilhan Omar in unquestionably an anti-Semite, but cloaks herself in victimhood – portraying herself as a “Muslim under siege” unfairly attacked because of her religion. This is how Islamism – a hateful political ideology pretending to be a religion – operates.

Like Omar, I am a naturalized American Muslim woman of color. But unlike the Democratic congresswoman from Minnesota, I don’t hate Jews and I don’t hate the Jewish state of Israel.

I have studied the Koran and know it says Jerusalem belongs the Jews. The Koran devotes an entire chapter to the Children of Israel – and considers the Israelites to be a nation bestowed with special Divine favor.

And I know that Muslims, who are the majority population in 50 nations, should be able to accept tiny Israel as the only Jewish nation in the world. Muslim nations and their citizens would be far better off if they had normal diplomatic, trade and cultural relations with Israel. Many crave normalization.

Sadly, Democrats in the House of Representatives – led by Speaker Nancy Pelosi of California – were forced to capitulate Thursday to the false narrative peddled by Omar.

The Democrats watered down a resolution originally condemning anti-Semitism – a unique, genocidal hatred – into one condemning bigotry against a broad range of groups. Worse, they failed to sanction or condemn Omar for the vile hatred she has expressed repeatedly to the Jewish people and their national homeland.

Thursday’s House vote will continue to reverberate as a national disgrace.

But in reality, Omar deserved all the criticism she received. She invited it on herself by hateful comments that harmed millions of American Jews and America’s close and loyal ally Israel.

Had a member of Congress repeatedly attacked Muslims in the way Omar has attacked Jews, he or she would have been rightly condemned and punished. Prestigious congressional committee assignments would have been taken away. And in that case it would have been perfectly appropriate for Congress to pass a resolution denouncing anti-Muslim xenophobia.

There is no reason not to react then same way when a House member embraces anti-Semitic tropes in her speech that have been responsible for discrimination, expulsion and mass murder of Jews for thousands of years

The Holocaust, which claimed 6 million innocent Jewish lives, took place within the lifetimes of millions of older Americans. And it was just in October that a gunman seething with hatred for Jews killed 11 of them at prayer in a Pittsburgh synagogue.

Anti-Semitic violence is not a thing of the past. Words are weapons and when the words are anti-Semitic they can be lethal, inspiring some individuals to take the next step and turn to violence against Jews.

Omar’s anti-Semitism has been in full-throated, open display entirely consistent with the crude Islamist neo-anti-Semitism that typifies the indoctrinated Islamist.

Yet centrist House Democrats were under siege by the radical left-wing of their party and ultimately strong-armed to incorporate not only all bigotries in the resolution they passed Thursday but, in a false moral equivalence, Islamophobia.

Just as anti-Semite Jeremy Corbyn has taken over leadership of Britain’s Labour Party, a new generation of leftist Democrats – including not just Omar but Reps. Alexandria Ocasio-Cortez of New York and Muslim freshman Palestinian-American Rashida Tlaib of Michigan – are revealing their animus towards Jews and Israel in an alarming manner.

When justifiably attacked for her repeated anti-Semitic comments and tweets, Omar quickly shapeshifted into citing victimhood based on her Muslim identity. This is the classic inversion practiced by Islamists who seek to be privileged as a religious minority in pluralist democracies – at the expense of denying other minorities the very privileges they claim.

Thus, the sentiment directed at Omar in response to her obscene and clearly defined anti-Semitism now becomes falsely labeled as “anti-Muslim bigotry.”

On the left and in much of the media, Omar was portrayed as the victim – not the attacker for her anti-Semitic rants.

But in reality, Omar deserved all the criticism she received. She invited it on herself by hateful comments that harmed millions of American Jews and America’s close and loyal ally Israel.

This is how Islamism operates. In plain view, by assuming the role of the persecuted minority and by seeking the protections and freedoms awarded to religions.

There was no justification for broadening the House resolution to denounce bigotry against many groups instead of focusing on a denunciation of anti-Semitism. Why would any decent person refuse to condemn the hatred of Jews when Jews have been attacked?

As a Muslim woman, I certainly condemn all who blindly hate me and all my co-religionists. This is anti-Muslim xenophobia. But that should not make me or any other Muslim immune from criticism if I take actions that deserve criticism. We are all responsible for what we say and do in life.

Like other anti-Semites, Omar does not see herself as a bigot. Following the example of Jew-hater Louis Farrakhan – who last month called her “sweetheart” and urged her not to apologize for her anti-Semitic remarks – she sees herself as a defiant icon of tolerance for other groups.

Omar and other anti-Semites believe they are quite justified in attacking Jews. They see their anti-Semitism not as hatred but as a revelation – theirs is a brilliant understanding of the “true nature” of Jews, of U.S.-Israel relations, and of the “Israel lobby” in their view.

The congresswoman and her defenders – including seemingly progressive Democrats – view her anti-Semitism as a defensive response to anti-Muslim bigotry. This is precisely how Nazi ideology portrayed the anti-Semitism that justified the mass murder of the Holocaust.

Encompassing all bigotries with anti-Semitism in the House resolution trivializes the single most-enduring and lethal genocidal hatred that has coursed through civilizations. A great damage has been done to America’s Jews.

While many Democrats who broadened the House resolution to condemn all sorts of hatred may have embarked on this task with true sincerity, they have been held hostage to a true coup d’état driven by Islamist ideologies.

This House resolution now lays the ground for all public discourse to be judged on Islamism’s rules of engagement: denying anti-Semitism while propagating it; claiming false moral equivalency of Islamophobia to anti-Semitism; and pretending that any critical scrutiny of Islamism and Islamists is motivated by anti-Muslim prejudice.

The House resolution elevates criticism of Islamists to the equivalence of genocidal hatred directed at the only persecuted minority in the world – the Jews – who have been confronted by their own near-extinction.

The protection of any future anti-Semitic speech – by a Muslim in particular – is now established. To criticize a Muslim for anti-Semitism will now get you labeled a hater of all Muslims.

This is a victory for America’s Islamists – and a defeat for all other Americans, not just for American Jews.