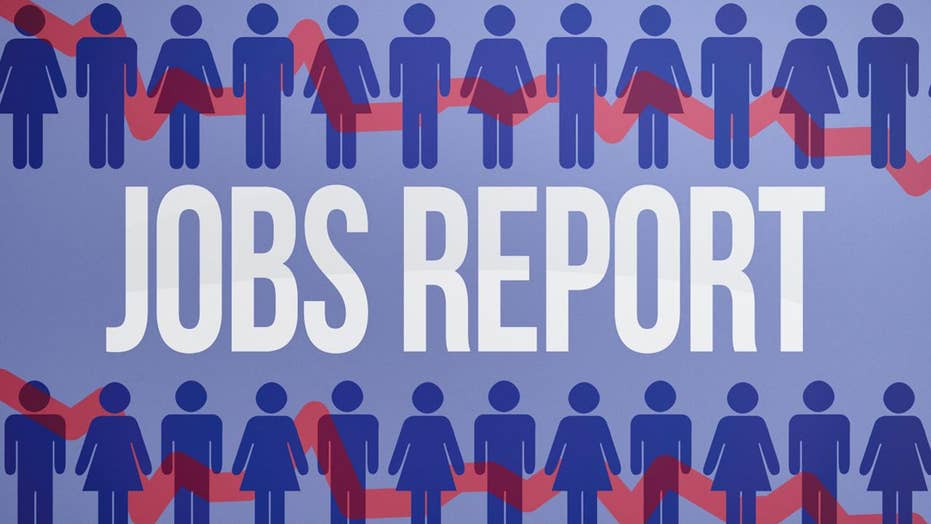 The recent news that the U.S. economy added only 98,000 net new jobs in March, far below the 219,000 expected by Wall Street, illustrates the importance of creating new jobs and preparing Americans to fill them.

In a recent Fox News poll that asked people what they most wanted President Trump to get done, creating jobs was far and away the most popular choice. Trump recognized the power of this issue long ago, promising throughout his campaign that he would create new American jobs to replace manufacturing jobs that have disappeared.

The most effective way to achieve the president’s goal would be to help more low- and moderate-income people prepare for and receive a challenging college education.

More dramatically, another Georgetown University study found that 11.5 million U.S. jobs created between January 2010 and January 2016 were filled by workers with at least some college education – including 8.4 million with bachelor’s degrees. But only 80,000 of the jobs created during the period – less than 1 percent of the total – went to workers with a high school diploma or less. And this came after 5.6 million such jobs were lost during the recession.

Fortunately, both President Trump and Education Secretary Betsy DeVos have pledged their support for enabling more Americans to get a better education. “Both the president and I believe that providing an equal opportunity for a quality education is an imperative that all students deserve,” DeVos said Feb. 23 at the Conservative Political Action Conference.

But sadly, far too often today a young person’s educational attainment is unfairly limited – not by academic ability, but by parental income.

The enormity of the educational opportunity gap between the wealthy and those of modest means is illustrated by a White House report that states: “While half of all people from high-income families have a bachelor’s degree by age 25, just 1 in 10 people from low-income families do.”

Many experts have written about the actions we need to take to help a greater number of academically qualified low- and moderate-income students go from high school to college. These include sharply increasing financial aid, changing admissions policies to recognize the special challenges these students face, and establishing mentorship and internship programs to help students succeed in finding suitable work.

But long before students reach 12th grade, schools need to do more to prepare them to continue their education.

An important step that would benefit all K-12 students – particularly moderate- and low-income ones – would be to make the school year longer, because disadvantaged students are more likely to fall further behind academically during a long summer break. The closure of schools for most of summer is driven by school budgetary concerns (keeping schools open longer is costly) and not academic ones. A three-week summer vacation would be ample.

When I ran a program for three summers for 300,000 students while I was New York City schools chancellor we were able to raise reading and math scores by two grade levels – remarkable progress that benefitted our students. The lesson was that more time-on-task works. We don’t have another program that’s as effective.

In addition, schools need to use the newest education technology (edtech) in a smart way. Edtech has the potential to transform the way we teach. Students can proceed at their own pace and can be provided with gameified memory tasks.

Edtech monitors a student’s progress, alerts teachers when a student is having difficulties and keeps parents posted on their child’s progress. Edtech frees up teachers to spend less time on routine tasks and more time providing individualized instruction that is tailored to each student’s academic needs.

Finally, schools need better teachers. When I was schools chancellor I worked with the teachers’ union head at the time, Randi Weingarten (today the head of the American Federation of Teachers), to rid the New York City schools of individuals teaching on “emergency credentials.” These people had little training and were hired just to fill empty slots. Students everywhere deserve better.

Together, we created the NYC Teaching Fellows program in 2000, and it continues operating to this day with over 9,000 fellows in 80 percent of the city’s 1,800 public schools. Over 30 other cities have adopted the program.

The program invites professionals from other fields to become teachers and simultaneously complete a tuition-subsidized master’s degree in teaching. More programs like it are needed. While there are many wonderful teachers – and all of us have memories of the teacher who made a critical difference in our lives – we need to do more to get the best in the classroom.

Education is the most powerful job creation tool our nation has. As robots and automation continue wiping out manual labor jobs, we have an obligation to all our young people – regardless of family income – to prepare them for college and the jobs of tomorrow.

Harold O. Levy was New York City schools chancellor from 2000 to 2002. He was executive director of the Jack Kent Cooke Foundation, which awards scholarships to  high-achieving students from low-income families, from 2014 until shortly before his death in 2018.