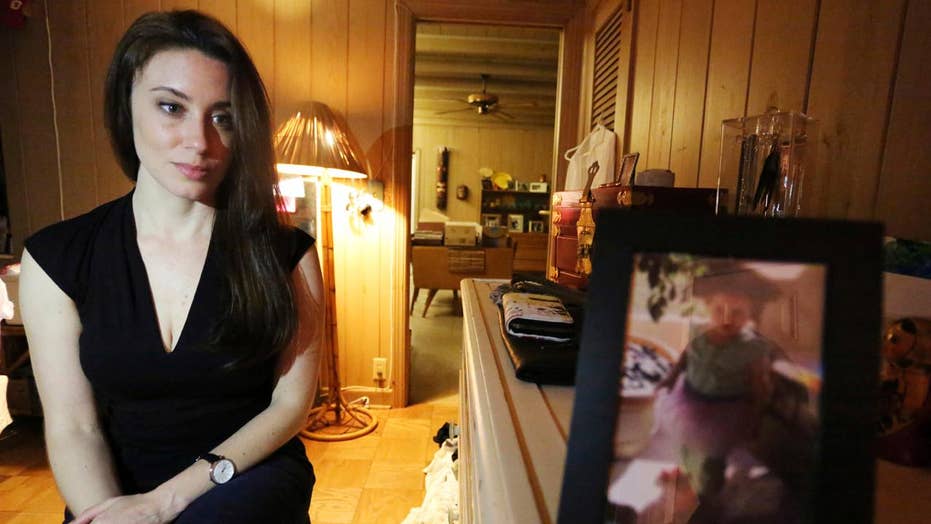 Mother acquitted in death of 2-year-old daughter speaks out

Casey Anthony, who was acquitted in 2011 of murdering her 2-year-old daughter Caylee, has resurfaced. She granted an interview to the Associated Press, which was published this week. In the article, she reiterates her claim that she did not kill her daughter—that when she last saw Caylee, “I believed she was alive and was going to be OK, and that's what was told to me."

That statement would seem to be supportive of the theory Ms. Anthony shared with mental health professionals who evaluated her prior to her trial:  that her father George was the one who had imperiled Caylee’s life and should have been on trial.

Casey Anthony also stated to the AP, “"I don't give a s--- about what anyone thinks about me, I never will," I'm OK with myself, I sleep pretty good at night."

Why wouldn’t she? I never believed she killed her daughter, and said so in my book, "Inside the Mind of Casey Anthony."

I reiterated my position after the depositions of psychiatrist Jeffrey Danziger, M.D. and psychologist William Weitz, Ph.D., regarding their official psychiatric evaluations of Casey Anthony, were released.

She also did not qualify for any psychiatric diagnosis.

She did not qualify for antisocial (sociopathic) personality disorder.

She did not qualify for narcissistic personality disorder.

She did not qualify for borderline personality disorder.

She didn’t even come close.

“Certainly,” Danziger told prosecutor Jeff Ashton, “there was no exaggeration or malingering (faking) or amplification of symptoms.”

The real story of Casey Anthony is that of a girl who buries her inner self so deeply (including unspeakably, unthinkably intense feelings of pain and humiliation and rage) that she is, for all intents and purposes, absent from her own existence. Gone. A ghost. A stranger to us, and even to herself. Back then, I called her condition “Identity Suppression Syndrome”—a term I coined. And I stand by that assessment, 100 percent.

But there is much more to say. Because the material in Danziger and Weitz’s depositions rings so true for a victim of horrific sexual abuse that it is stunning. It still gives me the shivers. I won’t state here whether Casey Anthony’s father George is a pedophile and child rapist, but I challenge any other mental health professional with any experience treating victims of trauma to review the depositions Danziger and Weitz rendered and come away asserting that Casey Anthony’s words ring untrue or seem fabricated.

“I’m not a big person.” She sounds almost apologetic. She sounds powerless. And that’s the way victims of sexual abuse sound.

But there’s more. “My first real sex was at age 16,” she said. Asked by Jeffrey Ashton what she meant by that, Danziger stated, “Well, as opposed to anything that was intrafamilial.” Meaning, with her father.

I have listened to victims of sexual abuse by family members for over 15 years. And that is the language of a victim. Pure, and simple, and heartbreaking. Word-for- word. “My first real sex.” Where on earth would Casey Anthony have learned to flawlessly mimic the lexicon of a victim of child rape?

“What would you do the next day [after being raped by your father]?” Danziger asked her.

Still think Casey Anthony sounds like a sociopath? She doesn’t test anything like one. And I am here to tell you, she doesn’t come across as one in the Danziger or Weitz depositions, whatsoever.

“How do you handle the unspeakable,” she told Danziger. “By putting it in a little box, hiding it deep, pretending all is well. Doing that since age 8, since elementary school, I became exceedingly perfect.”

If Casey Anthony was having sex with her father at age 8, then going to school to play four square and take arithmetic tests and do it with a smile, then you have your answer as to how her daughter could have gone missing and she could have gone dancing.

Is she full of crap? Really? Or is she describing precisely what I told you she was suffering with: Identity Suppression Syndrome—an inability to summon any true feelings from behind the dark, desperate walls of her trauma, lest they fracture her psychologically into a million tiny pieces?

The rest is almost unreadable, so stark is Casey’s telling of the story, so seemingly unadorned. Decide for yourself if she is Meryl Streep and Charles Manson rolled into one, or if she is a garden variety victim of child rape lost in terrifying shadows of her former self.

She told Danziger that she slept with Caylee to keep the little girl away from her father, George Anthony. She locked the door “to protect her the way she hadn’t been protected.” She told him—again, in credible language—that being exposed to repeated rape without being protected by her mother is why she doesn’t tend to ally with other women.

Then one early morning, when she forgot to lock the door, she says, as quoted in the deposition, George Anthony woke her up. He had Caylee Anthony soaked and looking lifeless in his arms.

This is the same daddy whom sources told me stole a girl’s panties from her house during high school and needed to finish up in another school system.

This is the same daddy who neglected to ask his daughter who the father of her unborn child might be—when his daughter finally realized she was pregnant at seven months.

This is the same daddy whose ex-wife says he was mostly interested in being a cop because he got to hide behind a uniform.

This is the same daddy who reportedly wanted to be a character at Disneyworld, hugging kids.

Then Casey Anthony told Dr. Danziger this: “I think he held her underwater, maybe he was doing something to her and tried to cover it up . . . . I don’t think it’s an accident and I didn’t do it.”

She implied George Anthony’s suicide attempt after Caylee’s body was found was his way out of the grief or guilt.

Do you feel nothing but hatred now for Casey Anthony? Do you think she is lying? Do you think that she is as gifted as Sir Lawrence Olivier and as smart as Bernie Madoff, this high school dropout, club-hopping, unemployed girl from Orlando?

Prosecutor Jeffrey Ashton listened to all this and like a back-of-the-class law student, went right off the cliff prosecuting a ghost. Any jury that could have read these depositions and convicted Casey Anthony would have been a travesty of justice.

Casey is no Al Capone. She’s a lost soul. She grew up on Hopespring Drive in Orlando, where there was no hope.

If she is finally sleeping well, she deserves the nights of peace.