The author with her infant son (Courtesy of the author)

Pregnant and unwed teenager Maddi Runkles was the subject of countless news reports earlier this year after the administration at her private Christian high school refused to allow her to walk in its graduation ceremonies in order to “teach a lesson regarding her immorality.”

While I understand the school’s desire to teach their students lessons about the consequences of sin, I also think the events in Maddi’s life could have provided students with a lesson about grace -- the grace that caused Jesus to tell a woman living in sin “neither do I condemn you -- go and sin no more.”

I know something about this. You see, once upon a time, I was Maddi Runkles. I also became pregnant outside of marriage while barely out of my teen years.

Rebelliousness had set in and I skated in sin believing the big lie that there were more pleasures to be found in this world than in God.

Driven by fear I hid my pregnancy for five months, and I knew that the shame and guilt I carried would only amplify -- plus usher in condemnation once others learned my secret. Was I up for this?

Like Maddi Runkles I was raised in a Christian home where we upheld Christian principles and embraced Biblical values. In fact my father was a pastor -- and this further enhanced my anxiety as I struggled to tell my parents about my pregnancy. It weighed heavily on me, especially in knowing that another decision - a secret one to not have my baby could rid me of being shamed by others.

The day I finally mustered up the strength and courage and confided in my father, something extraordinary happened; 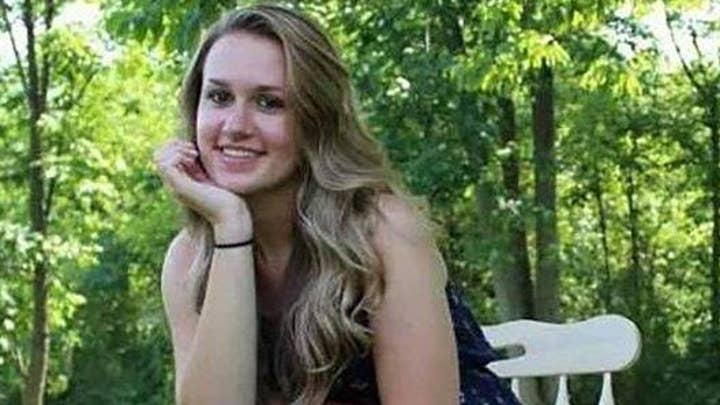 My father’s shoulders sagged and he hung his head. Momentarily we sat in silence, me holding my breath awaiting his reaction while wearing the weight of his certain disappointment and possible anger. Then there was the indescribable and overwhelming feeling of shame that washed over me in waves.

My father finally raised his head and looked at me with tears in his eyes. “Honey,” he said, “I am so disappointed.  I am.”

Now it was my turn to hang my head.

“And you have made poor choices which now have consequences,” he continued.

“It won't be easy -- and there will be struggles and a hard path ahead of you. But I love you —- and now I figure I have been given more to love.”

Wait, what?! My mouth was agape. Before I could respond my father got up from his chair and reached over and wrapped me in his arms and simply held me.

It was just what I needed and not anything I expected.

What I encountered was something I had never fully grasped before though I had been taught for years.

I didn't get what I deserved, but I certainly fully received what I had been taught.

Grace swept over me and unleashed its power connecting both with my head and and my heart.

The only way I can describe it is that grace is the gift of a big exhale. -- Holding one’s breath and waiting for what most certainly should come to receiving a “get free pass” that one would absolutely not expect.

That grace moment propelled my life in a new direction.

I confessed my sins, I cleaned up my act, and I charted a new course fanned by the winds of grace and truth spoken in love.

My father was right, I did choose a hard path and there were struggles ahead, but when I look into my son’s beautiful eyes, I am so glad I made the right choice, after I made a wrong one.

Through the years, and because of grace, I have served many unwed teen moms and even incarcerated moms teaching them the lessons I have learned regarding truth and grace while spoken in love.

Here is one of my mottos, which that I have shared weekly with the incarcerated moms: A leopard cannot change its spots, but I assure you that a caterpillar can turn into a butterfly.

Grace has the power to change one within which unleashes the feeling of freedom and propels one in a positive direction. Not the opposite.

In our film, "Because of Grácia," one of the characters, Bobbi Ryan, faces a test similar to the one that Maddi Runkles and I and millions of other young women have faced.

We also tell the story of another young woman, Gracia, who makes better choices.

In both cases, God is glorified in the end because grace and mercy triumph over death and destruction -- and while our paths may be easier when we make the right choices, God is there to gently restore when we stray.

Shame didn’t teach me. Grace did. And I didn't learn grace by hearing about it, but by being the recipient of it.

Maddi’s life may be far more difficult than her classmates who will wait and do things in God’s proper time and order. But letting them walk together could have been a God-honoring moment that communicated grace, not license to sin and a reminder that grace doesn't glorify sin, it simply covers it and glorifies God.