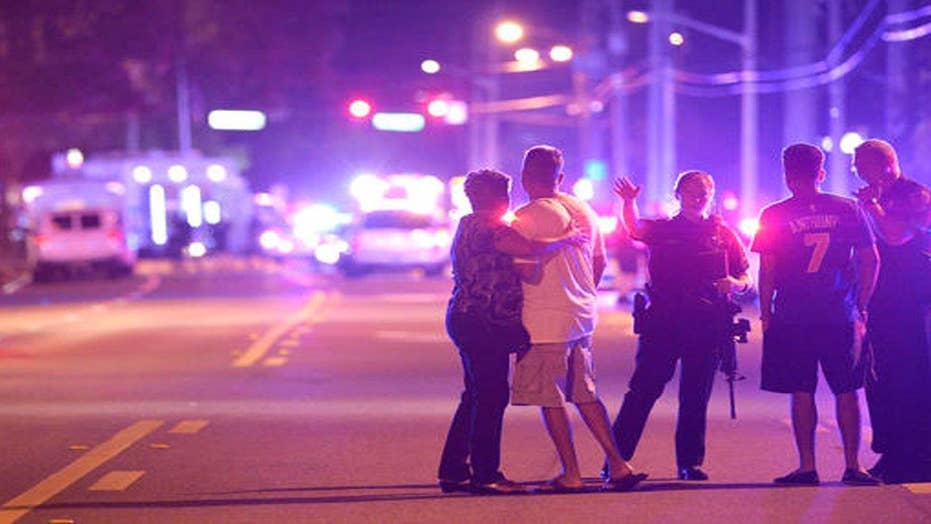 The Dispatch: Why is the mainstream media blaming Christians when the 'Orlando jihadist' said he pledged allegiance to the Islamic State?

When it comes to radical Islam, President Obama has his [redacted] up his [omitted].

He simply refuses to acknowledge that jihadists are slaughtering Americans across the fruited plain.

Facts do not matter to this administration. The truth is irrelevant.

We learned that in the aftermath of the jihadist attacks on Fort Hood and Boston and San Bernardino and Chattanooga.

And now the Obama administration is trying to convince the nation that Islam had nothing to do with the Orlando nightclub massacre.

The Justice Department was complicit in this effort by redacting anything to do with radical Islam from 911 transcripts that were released Monday.

Attorney General Loretta Lynch told ABC News that she did want to “re-victimize those who went through that horror.”

Click here to get a signed copy of Todd’s latest book - primer on how to restore traditional American values!

She directed the FBI to redact any references to jihad or the Islamic State or Allah.

“What we’re not going to do is further proclaim this man’s pledges of allegiance to terrorist groups, and further his propaganda,” she told NBC News.

So here’s the partial transcript between the Islamic jihadist and the 911 operator:

Jihadist: In the name of God the Merciful, the beneficial [in Arabic].

Jihadist: Praise be to God, and prayers as well as peace be upon the prophet of God [in Arabic] I let you know, I’m in Orlando and I did the shootings.

Jihadist: My name is I pledge of allegiance to [omitted]

Jihadist: I pledge allegiance to [omitted] may God protect him [in Arabic] on behalf of [omitted]

So the jihadist goes on to describe himself as an “Islamic soldier” and he pledged allegiance to a redacted group.

Meanwhile, the White House and the mainstream media are advancing this narrative that we still don’t understand why the gunman slaughtered all those folks in Orlando.

Unless you have the intelligence level of a single-cell organism or a New York Times editorial writer, it’s pretty clear this guy was a radical Islamist hell-bent on killing as many Americans as he could.

But instead of accepting reality, the mainstream media and radical, leftwing radicals are blaming Republicans and Christians for the attack.

The most offensive comments came from Chris Anderson, a city councilman from Chattanooga.

He fired off a series of inflammatory tweets – asking conservatives if “you regret your hateful attacks on the LGBT community and your incitement of this?”

House Speaker Paul Ryan blasted the administration’s decision to censor references to ISIS from the 911 transcript.

“Selectively editing this transcript is preposterous,” he wrote in a statement. “We now the shooter was a radical Islamist extremist inspired by ISIS. We also know he intentionally targeted the LGBT community. The administration should release the full, unredacted transcript so the public is clear-eyed about who did this, and why.”

I doubt the White House will comply with Ryan’s demands – because it conflicts with their carefully crafted narrative.

And that is [redacted] and nothing but the [redacted] so help me [omitted].