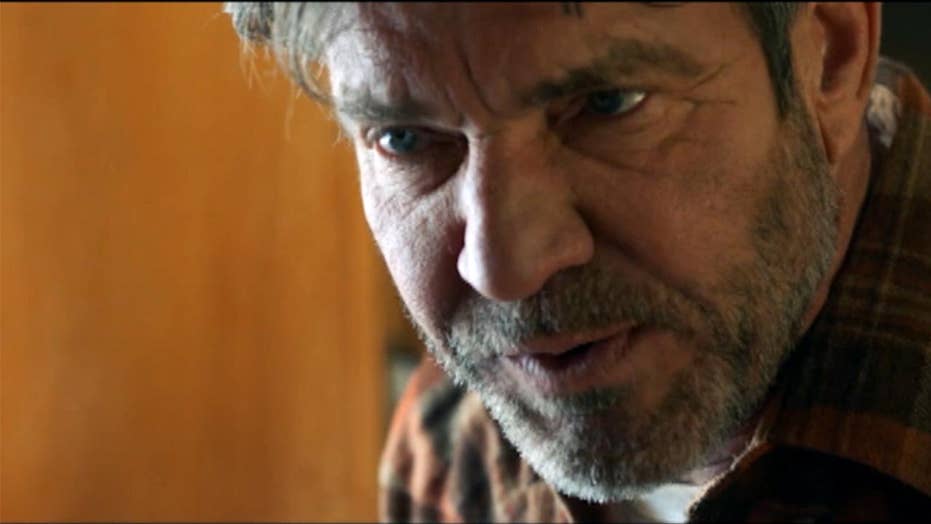 'I Can Only Imagine' stars on faith, forgiveness

The independent Christian movie “I Can Only Imagine” performed far better than anyone could have imagined at the box office last weekend, bringing in $17.1 million when it was only expected to sell between $2 million and $4 million in tickets.

Why? Because people of faith in this country are speaking loudly. The elitists on the left who continue to ridicule Christianity while they preach at us to coexist need to stop talking and start listening.

While it cost only $7 million to make, “I Can Only Imagine” finished opening weekend at the No. 3 spot in the box office.

“I don’t think the industry predicted this,” said Jon Erwin, co-director of the movie. “They really dismissed the film prior to opening weekend – almost called it a failure before we even got a chance to open it. The opening weekend success of ‘I Can Only Imagine’ illustrates just how large the Christian audience is, and the movie industry should pay attention.”

We continue to see this growing hatred for Christians in spite of the fact that they make up the majority of our society. We’ve just seen two more recent examples of this.

First, comedian Jim Carrey tweeted his distorted painting apparently portraying White House Press Secretary Sarah Sanders with the message: “This is the portrait of a so-called Christian whose only purpose in life is to lie for the wicked. Monstrous!”

Once upon a time kids of politicians were off limits. Now the anti-Christian crowd has gone so far off the rails they justify using kids as well as their pets as a bullying platform to spew their personal hatred for Christianity. Apparently, anything is fair game if you’re attacking a person of faith.

These two are just the latest in a growing pattern of incidents where Christians have been singled out and mocked and ridiculed. They follow “The View” co-host Joy Behar’s comments that Christians who hear from God have a mental illness. The backlash was so fierce that Behar has since been forced to apologize.

Also in recent weeks, former Arkansas Republican Gov. Mike Huckabee was forced to resign from the Country Music Association Board amid backlash for his conservative and religious beliefs.

MSNBC’s Stephanie Ruhle ridiculed Larry Kudlow’s faith last week when he said, on leaving CNBC to accept President Trump’s offer to become director of National Economic Council: “However things work out, it will be God’s will.” Ruhle later apologized for being dismissive.

Christians are growing tired of this increasing trend that makes their faith the punchline of jokes and the target of public taunting by the far left, who view themselves as morally superior simply because they have a microphone.

“I Can Only Imagine” is a hopeful, uplifting story of love and redemption. What makes it so powerful is that it’s a true story.

Bart Millard had the deck stacked against him. His mom left when he was young and he was forced to live with his abusive father. But after his dad was diagnosed with cancer, Millard witnessed firsthand how the once abusive father is transformed into a believer in Jesus Christ.

Inspired by the miracle God worked on his dad, Bart Millard went on to write the song “I Can Only Imagine,” which became the bestselling Christian single of all time and launched his group Mercy Me.

The story is evidence of grace that sustains us and gives us every reason to have hope for a future, no matter how bad our circumstances.

As Christians, we can only imagine a time when anti-Christian bigots can finally understand that while they may be louder, we make up a not-so-silent, large portion of society in this country. We buy movie tickets, concert tickets, watch TV and vote.

If you observe the hatred you hear directed at Christians, in just about every instance it’s been responded to by taking the high road with dignity and class. That’s because as Christians we don’t look to Hollywood, or its high-profile counterparts for validation. They are not our hope for the future. If they truly want to coexist, they need to start listening and stop ridiculing.

I can only imagine what would happen if those who hate Christians could trade their hate for the hope this movie inspires, instead of continuing to perpetuate a hostile culture that assaults people of faith in this country. If they would start listening and stop mocking, then we could all start coexisting.

I can only imagine.