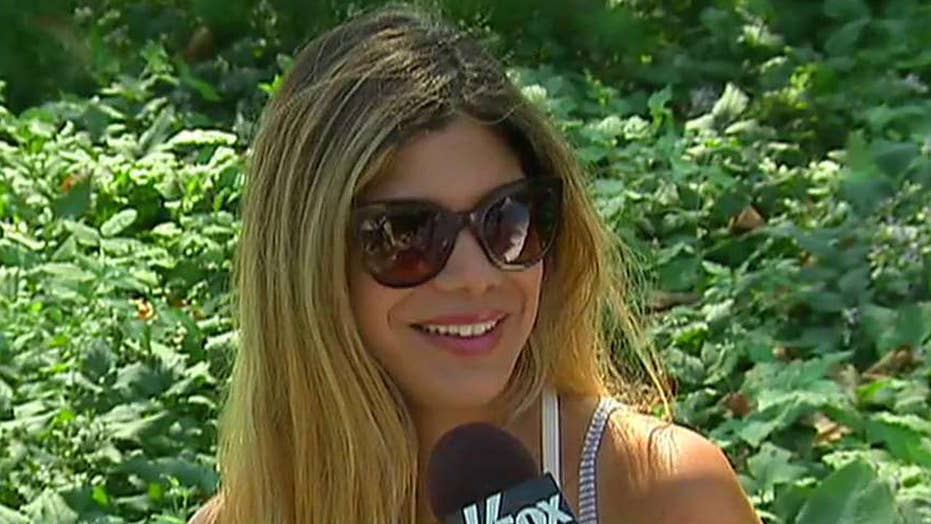 Jesse heads to the Statue of Liberty to find out

Perhaps no one knows the joy of coming to the United States and becoming an American citizen like those of us who came here from oppressive socialist regimes.

As a legal immigrant from Egypt, I am immensely grateful to have been able to come to America and participate in all of its blessings and responsibilities. Most of us legal immigrants have lined up and waited our turn.

I’m aware of the fact that many Christians are divided on the issue of illegal immigration, and I do not want to add to the confusion. But I hope and trust that I can help with some clarifications on the issue. My thoughts are especially pertinent today with the news of Senators Tom Cotton and David Perdue’s introduction of the Reforming American Immigration for a Strong Economy Act (RAISE) Act, which is supported by President Trump.

Most of the thinking from today’s secular media is being done between the noses and the chins, hence the confusion. Many of the liberal politicians from both parties used some characteristic of God to push their misguided policies. In the case of illegal immigration, it’s either kindness or mercy.  But they conveniently bypass the fact that there are two sides of God’s character: mercy and justice.

God does not offer us a smorgasbord of choices. His two-sided character of mercy and justice either stands together or falls together. My hope is that the passing and execution of the RAISE Act will introduce positive next steps for legal immigration and our economy.

What justice is it for law-abiding qualified individuals to wait their turn to immigrate to the U.S—upward of ten years in some situations—while law breakers cross the border illegally and move forward in the immigration process in only a few months?

Senators Cotton and Perdue are proposing to inject some logic, along with much-needed economic benefits for our nation and its citizens, into our immigration system with the RAISE Act. The proposed legislation would reward high-skilled, work-ready immigrants with priority for entry into the United States. The act would reportedly lower overall immigration by one half and help prevent current U.S. citizens from losing lower-skilled job opportunities to illegal immigrants. This would also help increase wages for our citizens.

Unlike Cotton and Perdue in this case, many American politicians try to use half-truths to drum up support for their policies, something the RAISE Act aims to correct.

For instance, is it right for a Muslim terrorist or a drug dealer, who could not get into the U.S. legally, to jump the fence and take the place of a persecuted Christian at the front of the line who is waiting his or her turn in an immigration office? And is it right for fellow tax-paying Americans to lose jobs to illegal immigrants who aren’t supporting the building and protecting of our country’s infrastructure?

What justice is it for law-abiding qualified individuals to wait their turn to immigrate to the U.S—upward of ten years in some situations—while law breakers cross the border illegally and move forward in the immigration process in only a few months? Perhaps the RAISE Act will usher in a sane system for managing our country’s immigration crisis.

Mercy and justice are a two-sided coin. Split it and it ceases to be legal tender. The coin becomes counterfeit.

"For decades our immigration system has been completely divorced from the needs of our economy, and working Americans' wages have suffered as a result. Our legislation will set things right." - Senator Cotton

I pray that Senator Cotton is right. I challenge you to pray for increasing justice and effectiveness in our country’s immigration policies.