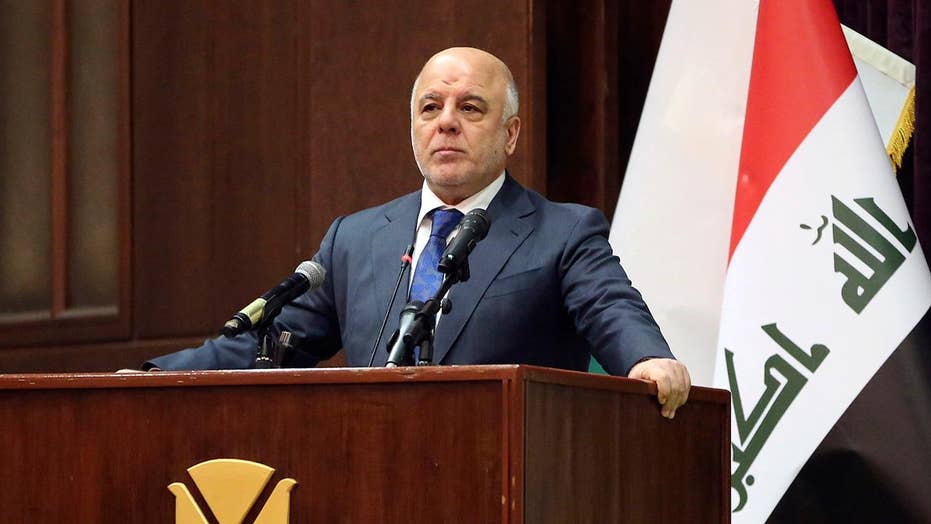 For more than three years, the people of Iraq have endured unspeakable suffering under the dark shadow of Islamic State terrorists. That shadow has now receded, as a result of the defeat of ISIS forces that was declared earlier this month by Iraqi Prime Minister Haider al-Abadi.

As commander of 21,000 coalition airmen who continue to fight alongside our Iraqi partners to fully annihilate ISIS and prevent its return, it’s my privilege to congratulate our Iraqi allies on this historic occasion and pause to honor the thousands who perished in the brave fight.

Every inch of ground the Iraqi Security Forces pried from ISIS is testament to their courage in the face of desperate enemy forces that employed suicide bombers, routinely shielded themselves with civilians, and rigged schools and homes with explosives.

The Iraqi Security Forces paid dearly to free their country, but they were never alone. Every step of their advance was covered by coalition airpower and enabled by air-ground teamwork.

Air-ground teamwork is nothing new. The U.S. military and its coalition partners have trained for years to ensure that air and ground forces can operate seamlessly. Yet the campaign to defeat ISIS ushered in a new approach.

Instead of a large U.S. and coalition ground force shouldering the effort, we worked with our local partners, who were supported by a small footprint of coalition conventional and special operations ground troops, all enabled by ever-present coalition air forces.

This complex teamwork spanned the globe and required extensive synchronization to ensure it worked in harmony. Surveillance aircraft – including unmanned ones flown by airmen in the United States – served as the Iraqi Security Force’s eyes to monitor ISIS around the clock and provide intelligence.

Coalition planners in Qatar used this intelligence to develop airstrikes to the smallest detail, from weapon selection to timing, in order to effectively destroy targets while minimizing civilian casualties.

Coalition planners worked tirelessly so the Iraqi Security Forces’ ground attacks were in lockstep with the air plan. Our Iraqi allies advanced when our aircraft were overhead, and paused to rest when they were not. Together, we shaped the battlefield.

By removing this threat early, our Iraqi allies liberated Tal Afar in a 12-day battle where only a handful of vehicle bombs were detonated. By creatively adjusting our tactics, we wrote a new chapter in the history of air-ground teamwork and liberated a nation.

The citizens of Iraq, especially those displaced by the difficult and destructive urban fights, now begin the slow process of returning home and rebuilding. As reliable partners, coalition nations and non-governmental organizations have begun to help, starting with clearing out booby traps and rigged explosives left behind by ISIS.

Much hard work remains. Providing basic safety and security is the first challenge, because no rehabilitation can happen without a secure and stable environment.

The liberation of Iraq does not spell the end of the fight. Coalition and Iraqi airmen continue to patrol the skies, hunting ISIS’ demoralized remnants to prevent their return. We will continue to hone our air-ground teamwork to safeguard the hard-won gains. As Iraqis celebrate their newfound liberty, it is worth pausing to embrace an accomplishment achieved together.