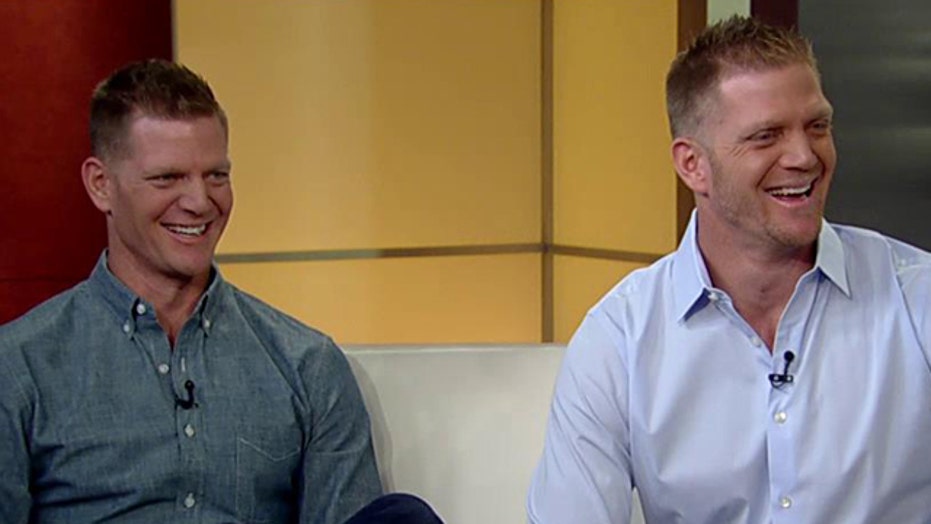 If you want to get fired, sued or lose your business in today's America, stand with Biblical convictions.

In Oregon, our friends Aaron and Melissa Klein were found guilty of discrimination by the state just this week, and could face up to $150,000 in fines for not baking a cake for a same-sex wedding.

When we were fired by HGTV for standing by our Biblical beliefs about marriage and life, countless men and women in the LGBTQ community reached out to us in support.  We had, and continue to have, healthy conversations, even though we disagree.  And isn’t that the point?

In Wisconsin, a 15-year-old boy was reprimanded and reportedly punished by his school for backing traditional family in adoption cases.

When we were fired by HGTV for standing by our Biblical beliefs about marriage and life, countless men and women in the LGBTQ community reached out to us in support.  We had, and continue to have, healthy conversations, even though we disagree.  And isn’t that the point?

In New Jersey, a high school teacher was suspended for stating her Biblical beliefs about homosexuality on her personal Facebook page (while at home, off the clock).

In Illinois, a university professor was fired for saying that homosexual acts are “morally wrong.”

The list goes on, yet we can’t forget the grandmotherly florist in Washington State being sued by the Attorney General of Washington for refusing to provide flowers for a same-sex wedding (to a man, who by the way, she had faithfully served and befriended for over a decade).

Grandma (70-year-old Baronelle Stutzman) summed it all up when she said, "Little by little, they are stripping us of any thought we might have, or any difference of opinion. This is our religious freedom at stake."

You know what—Grandma is right.  Our religious freedoms are at stake here. The “tyranny of tolerance” claims that the sexual rights of some are more important than the religious rights of others.

First of all, we must draw a distinction between those that identify as LGBTQ and militant gay activists.  When we were fired by HGTV for standing by our Biblical beliefs about marriage and life, countless men and women in the LGBTQ community reached out to us in support.  We had, and continue to have, healthy conversations, even though we disagree.  And isn’t that the point?  We’re Americans—we can disagree and still get along. We don’t steal the rights of dissenters. That’s when all intellectual, spiritual, and civil progress stops.

Yet this remnant of militant activists refuses to tolerate dissenters to their lifestyle choices.  And unfortunately, they have the United States Government in their back pockets (not to mention the media and Hollywood).

At first, homosexual activists wanted acceptance.  Then they wanted appreciation.  Now they demand celebration. It's not enough to live and let live, these activists are now forcing their lifestyle choices on everyone, even if it means bullying a 70-year-old florist.  We’ve shifted from religious freedom to forced acceptance in America.

The idea of forced acceptance infringes on our constitutional rights as Americans.  As Alliance Defending Freedom succinctly states, the First Amendment guarantees that the government cannot tell its citizens what they can and can’t say or force them to express a positive message about something they believe is morally wrong.

My brother and I are perfectly okay with a gay owned t-shirt company refusing to make t-shirts that say, “Homosexuality is sin.”  And we’re fine with a Jewish baker refusing to cater an event on the Sabbath.  And we’d certainly agree with the gun range owner refusing to let self-identifying ISIS members practice shooting at his facility.  These are their Constitutional rights as Americans.  Thank God!

But what activists are asking is to flip the coin and make Christian companies that are asked to do something against their convictions, like support same-sex marriage or abortion, comply with whole-hearted enthusiasm.

Isn’t there a double standard here?

The question is not should we as Americans be involved in the battle for freedom, the question is: are you willing to stand with courage at any cost if and when the battle comes knocking on your door?

So before it comes to you, here are a few simple things you can do to prepare:

1. Make up your mind.  Decide that whatever the cost you will stand for freedom.

2. Prepare yourself.  Get informed—don’t be ignorant of the issues and your rights.

3. Join the conversation.  Speak up.  Don’t be silent.

4. Separate ideas from individuals.  You can disagree with someone’s idea and not dislike them as a person.

5. Be kind.  Love triumphs over evil; don’t demonize others.

6. Stand strong.  Don’t back down.  Our children are depending on us!

Thomas Jefferson once said, “Can the liberties of a nation be thought secure when we have removed their only firm basis, a conviction in the minds of the people that these liberties are of the Gift of God?”

Our liberties are God-given.  And, as such, we must be willing to defend these freedoms no matter the cost.  Now is the time for all Americans – regardless of our differences – to join hands in the greatest battle for liberty in our generation!  It’s time to take a stand.

David and Jason Benham are twin brothers, nationally acclaimed real estate entrepreneurs, and the authors of the forthcoming book, "Whatever the Cost: Facing Your Fears, Dying to Your Dreams, and Living Powerfully" (Thomas Nelson, February 2015).