President Trump has stared down COVID-19, the biggest threat this country has faced in at least a generation. If re-elected, he will quickly end this COVID nightmare and restart the American dream. Just look at Thursday's record 33.1 percent GDP growth for the latest proof.

Trump deserves a second term not despite his COVID-19 response, but because of it. While Democrats try to blame Trump for the roughly 220,000 disease victims, far more would have perished if Joe Biden were in office.

Trump made the bold decision to block travel from China in January despite widespread criticisms from Biden, the media, and public health officials. He launched Operation Warp Speed that reduced burdensome regulations to develop a vaccine in record time.

He passed the Paycheck Protection Program, one of the most successful government relief programs in history, saving over five million small businesses and 50 million jobs. And he championed a smart reopening of the economy, which has saved countless lives and livelihoods.

Throughout his term, Trump has demonstrated real leadership -- unbowed by political and elite opinion -- that Americans want and deserve from their president.

Trump has succeeded in lowering the national unemployment rate to below eight percent over the last five months, a feat that took the Obama/Biden administration nearly four years to accomplish following the Great Recession. 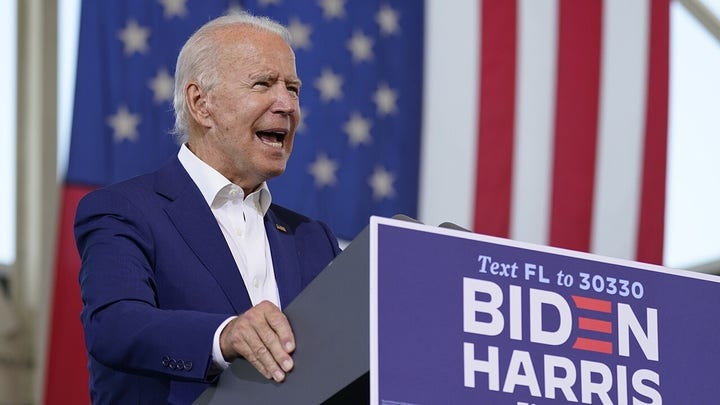 Trump’s pro-growth policies, including tax cuts and deregulation, have given entrepreneurs the opportunity and capital to hire, expand, and raise wages. This has created a roaring and resilient small business economy that can quickly bounce back from the pandemic shock.

Before COVID, Trump’s policies improved the wellbeing of the vast majority of Americans. The unemployment rate fell to historic lows, including record levels for Hispanic and Black workers. For the first time in recorded history, there were more available jobs nationwide than unemployed people to fill them. Ex-convicts, the disabled, and others on the labor market fringe were able to find work and meaning.

In 2019, middle-class incomes grew at the record rate of 6.8 percent – almost 50 percent more than during the entire eight-year Obama-Biden administration. And the poverty rate fell to its lowest level in 60 years.

Income gains were especially pronounced among low-income, female, and minority families. For instance, incomes grew by 7.9 percent among black families. Behind these indicators are millions of ordinary Americans who lived their business dreams, provided for their children, and found their footing on the career ladder.

With another four years in office, Trump can improve the small business climate even further, facilitating entrepreneurship, which accelerates economic growth and provides careers to those who need them most. 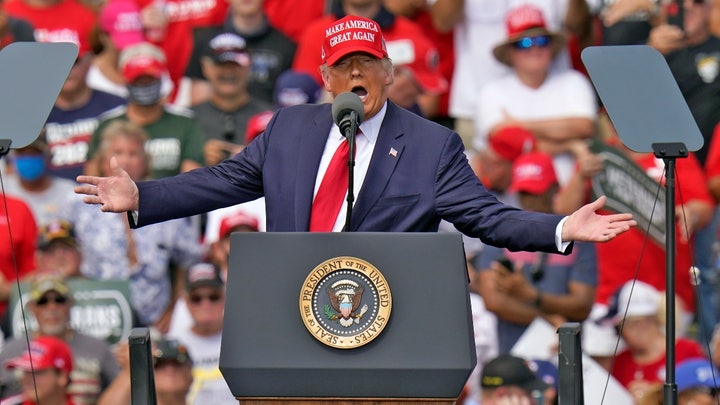 Undecided voters should ask themselves: Do I want to return to the pre-pandemic Trump nation or the Obama-Biden stagnation?

Trump has also begun to unwind the Gordian knot of Obamacare through actions to personalize American healthcare. His executive orders to expand short-term and association health plans will finally lower healthcare costs for patients and small businesses.

His rules to require health care price transparency will allow health care consumers to shop around for less expensive care and coverage like they do for any other product or service in the economy. And his elimination of the health insurance individual mandate will improve the quality of healthcare and coverage because it now must be acquired voluntarily.

While Democrats prattle on endlessly about protecting patients with preexisting conditions, Democrats themselves have threatened healthcare for this vulnerable group by making it so expensive. Half of American families avoid health care each year because they are scared of costs. One-sixth of Americans have medical debt in collections.

This failing status quo hardly protects those who need healthcare the most. By reducing costs and increasing choices, Trump is the real defender of patients with preexisting conditions.

Trump deserves the opportunity to consolidate and build upon this personalized health care reform vision over the next four years. It takes more than one term in office to fix the mess left behind by Obama and Biden.

Biden would undo these accomplishments if elected and return the country to the stagnant Obama era. His proposed $3.3 trillion tax hike would suck funds out of the productive economy, reducing opportunities at the worst possible time.

His regulatory agenda, headlined by his support for Green New Deal-esque legislation, would dramatically raise the cost of energy, which lubricates the economy, creating enormous new expenses for small businesses and consumers. And his support for a public health care option would decimate private coverage because young, healthy, and fixed-income Americans would jump to this “free” alternative, leaving vulnerable groups holding the bag, creating a death spiral that would culminate in single-payer and the destruction of U.S. health care.

Trump’s record is even more impressive considering he has faced the most hostile media environment and Democrat intransigence in modern American history.

The media, never kind to Republicans, gave up their pretense of objectivity and lost all credibility by relentlessly blowing wind in the sails of conspiracy theories and witch hunts. Democrats in Congress pursued a bogus impeachment at the expense of preparing for the pandemic.

That Trump has held his Republican caucus and base, despite this unprecedented climate, is a testament to his leadership, charisma, and policy agenda. He is truly Ronald Reagan’s heir. He deserves four more years.