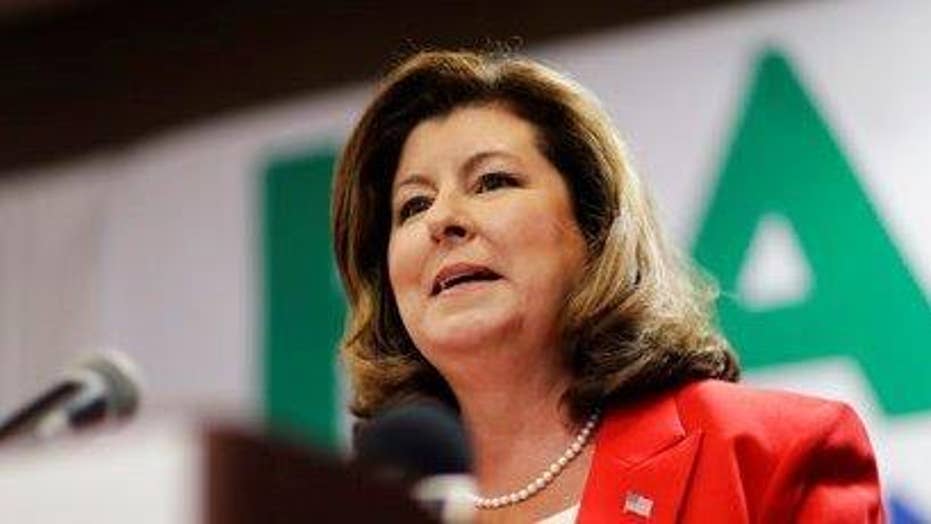 Hollywood vs. Donald Trump: it never gets old. They hate him, and he returns the favor. Remember when they wouldn’t perform at the iinauguration, indulging in their unpatriotic pout? Or when Meryl Streep blasted Trump at the Golden Globes? Or when Scarlett Johansson and others made a video that went viral exhorting fans to vote against Trump?

So far, the notoriously unbowed president is winning. And he does love to win.

Once again Tinseltown celebrities turned out to battle President Trump, raining money and stardust on the Georgia special election.

Like so many Hollywood big-budget productions, the script had a predictable ending: it turns out voters want to know how political candidates are going to improve their lives.

They’re looking for ideas, and don’t seem to care so much that Donald Trump doesn’t “share their values.” Especially when it’s Hollywood’s values that are on the ticket.

The election was noisy and chaotic, with 15 people (including 11 Republicans) vying to take the seat vacated by HHS Secretary Tom Price.

It was meant to be a bellwether -– a wake-up call to Republicans that the president’s low approval ratings could spell disaster come 2018, and a sign to progressives that their grass-roots activism could translate into wins at the polling booth.

Last month the New York Times called the race “an early test” of how Trump might energize the opposition.

That he did. Democrats poured energy and hope into the race, spending more than $8 million – a record for a contest of that kind in the state.

They brought out the celebs: Samuel L. Jackson created a radio ad, Chelsea Handler exhorted her fans to vote, but goofed by directing them to the polls a week early, Debra Messing, George Takei of "Star Trek" fame and many others tweeted and posted to boost Democrat Jon Ossoff’s chances. Some, like Alyssa Milano, took time out from filming nearby to go door-to-door in the district. Others, including Jane Fonda, Sam Waterston and Jessica Lange, donated money to Ossoff’s campaign.

Explaining his commitment to the race, Actor John Leguizamo said in an interview “The end of democracy looks nigh…”

That’s how big this District 6 election was in Hollywood. That’s how crazy-obsessed the movie industry is with Donald Trump.

As in November, when nearly the entire film community supported Hillary Clinton, the celebrity excitement seemed untethered to substance, or even to a candidate.

In concerts held by Jay Z and Jennifer Lopez towards the end of her campaign, the performers rarely mentioned Hillary by name, instead pounding home the idea that a vote for Clinton was a smack against Trump.

Like Hillary, Ossoff conspicuously failed to deliver a message other than “I am not Donald Trump.”  He ran ads warning that Trump “could start an unnecessary war” and introduced himself to voters promising to “Make Trump Furious.”

Actually, given his paper-thin resume, the approach made sense.

An Atlantic magazine piece took him to task for saying absolutely nothing of interest during the campaign.

In other words, Ossoff was a presentable vessel which filled with anti-Trump hatred but had otherwise little to offer voters.

After the vote, Trump tweeted that the run-off will come down to “Hollywood vs. Georgia,” a characterization that might not play well in the Atlanta suburbs.

Just as much of Middle America was not wowed by the celebrities who turned out for Hillary, Georgians may not be persuaded by Meryl Streep or Chelsea Handler to vote for an empty suit. They may enjoy watching Streep (who, contrary to Trump’s snarky criticism actually is a first-rate actress) in “Kramer vs. Kramer” or “The Deer Hunter” but they may not care what she – or other stars -- think about immigration policy or clean air regulations.

In a 2014 CBS News poll, 61 percent of respondents said Hollywood had too much influence on American politics and social values; only 9 percent said it had too little.

That is telling, and that was before “Cultural arenas and institutions that were always liberal [were] prodded or dragged further to the left,” as Ross Douthat wrote in an oped last fall entitled “Clinton’s Samantha Bee Problem.”  Now we are less swayed than ever.

The battle between Trump and Hollywood will go forward, providing entertainment if nothing else.Time will tell if our movie stars are able to score some hits.

Meanwhile, filmdom types like Chelsea Handler, Neve Campbell, Lena Dunham and Chloe Sevigny promised to leave the country if Trump were elected, including a number who participated in the Georgia election.

Maybe this is their cue for exit left?