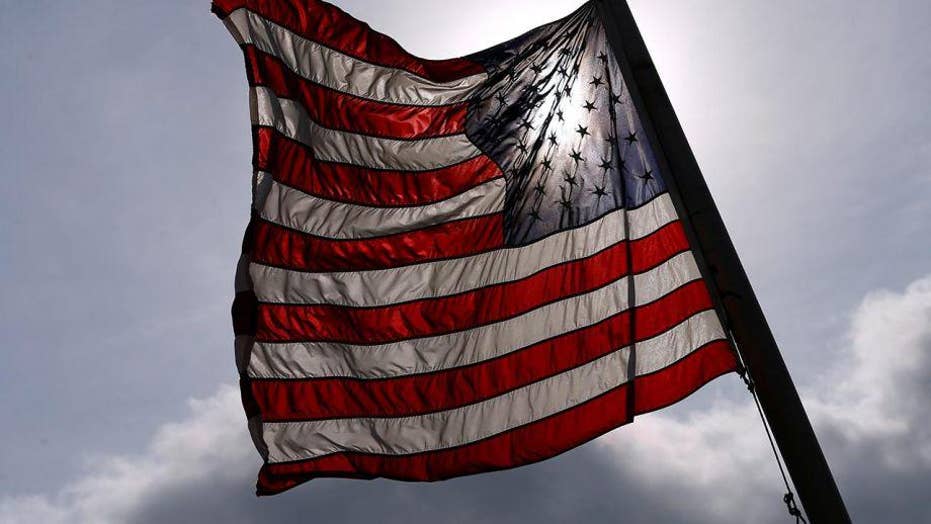 A leadership class at California High School in San Ramon made the decision to no longer include the national anthem as part of the school's pep rallies, citing racial controversy. Todd Starnes reacts.

The Star Spangled Banner will no longer be played at rallies at California High School in San Ramon after student leaders determined the song is racially insensitive.

“It was brought to our attention that the national anthem’s third verse is outdated and racially offensive, wrote the president of the school’s Associated Study Body. “We had nothing but good intentions by removing the song so that we could be fully inclusive to our student body.”

The decision to eliminate the national anthem from student rallies has resulted in a significant amount of backlash from patriotic students and residents.

“There’s been a lot of push back on the removal of the anthem – and not just from conservatives,” senior Dennis Fiorentino said on the Todd Starnes Radio Show.

Fiorentinos, who was a guest Tuesday on my nationally syndicated radio program, said he was shocked when he realized the national anthem had been banned.

“It’s important that we honor and respect those who sacrificed their lives protecting the freedom that us Americans take for granted every day,” he said.

On a side note, kudos to the student journalists at California High School who first reported this story and did so by writing a fair and balanced report. It’s refreshing to see solid journalism from The Californian.

The student body president posted a letter on the high school’s website defending the decision to ban the song by citing a third verse that references “the hireling and slave.”

There is widespread debate among historians as to what Francis Scott Key was alluding to in the lyrics. Regardless, only the first verse is traditionally sung at sporting events or public gatherings.

“This verse translated, finds joy in the killing of African-Americans,” the student government president alleged. “To think that our nation’s anthem once had the word slave and ‘land of the free’ in the same sentence leaves me speechless.”

I have chosen not to identify the student government leader because the student is under age.

“Moving forward, we must take action and be inclusive to all,” the student body president wrote. “This song was written in 1814. That was written 204 years ago. Imagine all the traditions and laws that have changed.”

“As our culture shifts to one that is more diverse and accepting of all types of people, so must our traditions,” the student government leader wrote. “And although we understand that this anthem represents pride and patriotism in our country to many people, we believe that there are other ways that this can be accomplished without an expense to inclusivity on our campus.”

Okay – enough of this nonsense. Where are the grownups in charge of this public school?

I reached out to the San Ramon Valley School District for a comment – as did several San Francisco television stations – but so far – they are not commenting.

However, a leadership adviser (a grownup) told the student newspaper that she agreed the national anthem is “problematic” and should have been removed.

The Star Spangled Banner may have survived the bombs bursting in air, but it may not be able to withstand the rampaging mob of politically correct inclusivists.