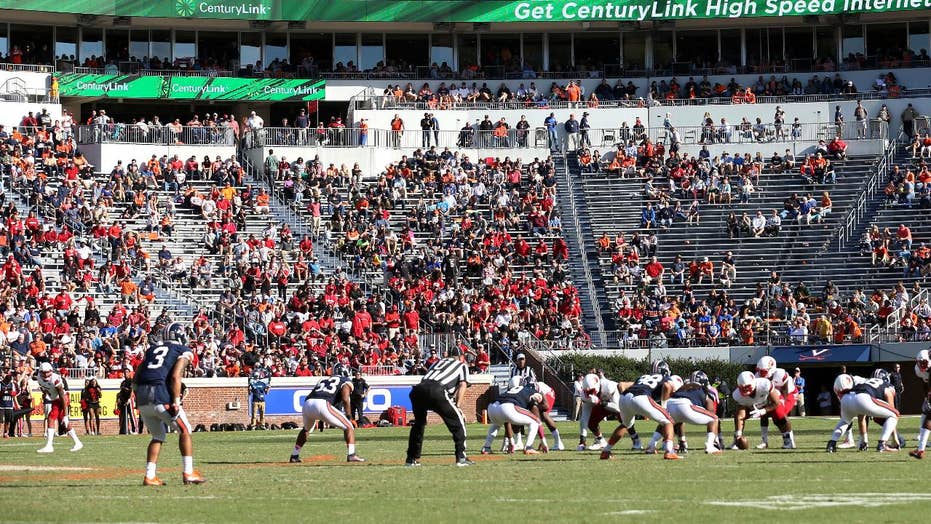 Todd Starnes to ESPN: Robert E. Lee was not Asian

ESPN pulled a veteran college football announcer from the season-opener between the University of Virginia and William & Mary because of the announcer’s name – Robert Lee.

Click here for a free subscription to Todd's newsletter: a must-read for conservatives!

One of the perpetually-offended snowflakes at ESPN apparently thought Lee’s name might offend some viewers because of similarities to Civil War General Robert E. Lee.

OutkicktheCoverage.com was the first to report on this politically correct nonsense.

It is highly doubtful he is a descendant of the Civil War general. And to our knowledge, there are no monuments or statues in his honor posted anywhere in Charlottesville.

Oh, and Mr. Lee happens to be Asian-American.

An ESPN spokesperson confirmed to me they made the decision to remove Mr. Lee from the broadcasting booth and dispatch him to the Youngstown State vs Pittsburgh game.

“We collectively made the decision with Robert to switch games as the tragic events in Charlottesville were unfolding, simply because of the coincidence of his name,” ESPN told me.

I asked the network’s spokesperson if they would implement a similar ban on broadcasters named Jefferson Davis or Stonewall Jackson – but they did not return my call.

So let’s review the facts – Robert Lee (the broadcaster) is not a descendant of a Civil War general. He did not own slaves. He did not fight in the War of Northern Aggression.

He is not a neo-Nazi. He is not a member of Antifa. And he had absolutely nothing to do with the violent protests in Charlottesville.

But that did not matter to the emotionally-stunted morons who run ESPN.

“In that moment it felt right to all parties,” ESPN said. “It’s a shame that this is even a topic of conversation and we regret that who calls play-by-play for a football game has become an issue.”

Well, it’s only an issue because the politically-correct pinheads at ESPN made it an issue.

Sadly, this great nation is being wussified by the left. Our cultures and traditions are being turned into a steaming pile of rubble by a rampaging mob of cultural jihadists.

So don’t be surprised if the human resources department at ESPN announces one day soon that they are firing employees who are descendants of Civil War veterans.

Well, you know what else is outrageous – dumping a broadcaster just because his name is Robert Lee.