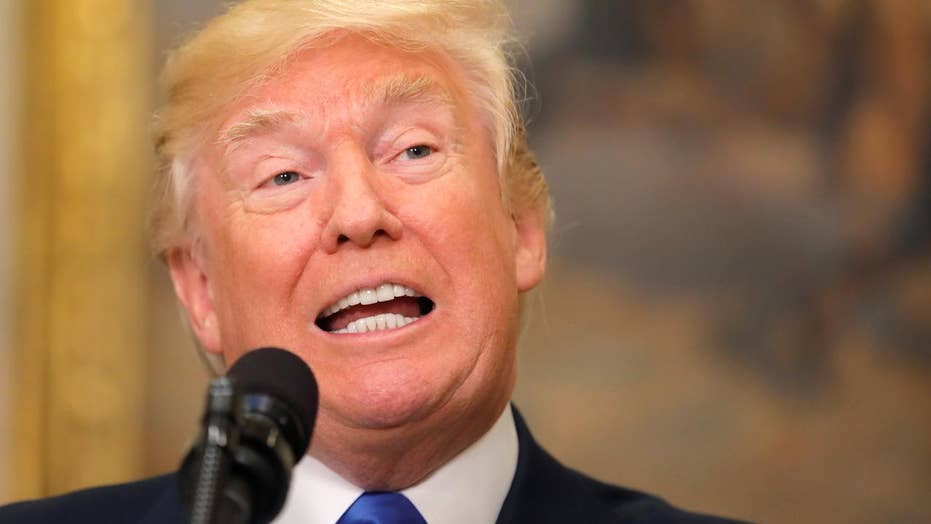 Experts agree that president's policies have helped; Peter Doocy reports on who's cashing in on 'Special Report'

Editor's note: The following column originally appeared in the The Fiscal Times.

The anti-Trumpers are wrong. Trump does deserve some credit for the soaring stock market.

As of Tuesday, the Dow Jones Industrial Average had scored record highs for nine days in a row; the gains are driving anti-Trumpers crazy. Though the president’s boasts are not always accurate, lapses the New York Times eagerly documents, his recent tweet celebrating the Dow passing 22,000 for the first time is on the mark.

“Business is looking better than ever with business enthusiasm at record levels. Stock Market at an all-time high. That doesn't just happen!”

Trump is correct: it doesn’t just happen. That doesn’t mean the liberal media will stand down from their incessant anti-Trump alarmism and admit that his pro-business policies might be boosting economic growth or doing the country some good.

Hence, recent pieces have dredged up other reasons for the gains in stocks, many of which are valid. Earnings gains have indeed been above expectations; there is vast monetary stimulus around the world, we see renewed growth in China and Europe and a weakening dollar; all those elements and more have played a role.

But, they are not the entire story.

Also powering the market forward: the Commerce Department is aggressively protecting U.S. steel makers against dumping, labor officials are no longer bending the rules to help unions organize, the sage grouse and people’s jobs are both to be protected, trial lawyers won’t be a protected class and so on. But even that is not the whole story.