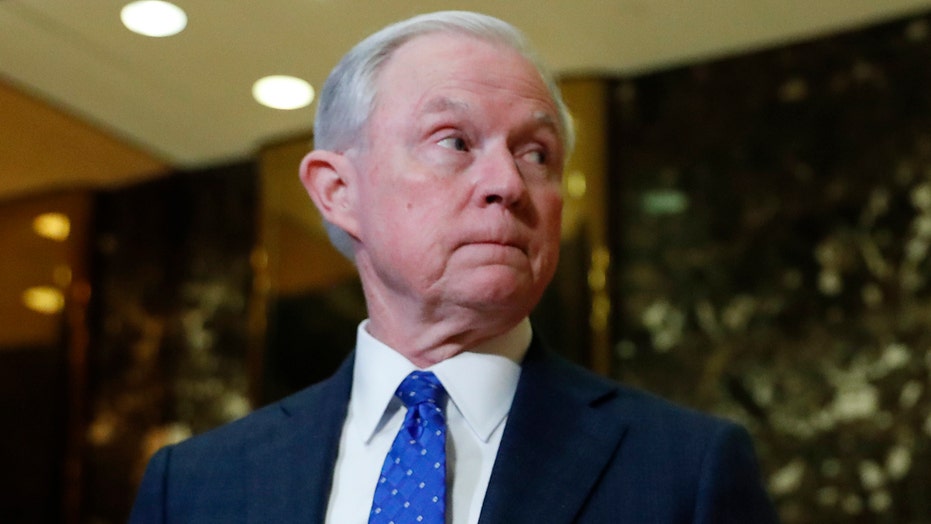 President-elect Donald Trump has picked Sen. Jeff Sessions to serve as the 84th Attorney General of the United States—and he couldn’t have made a better choice.  Throughout his career, Sessions has demonstrated unshakable commitment and fidelity to the Constitution, the rule of law, and protecting the freedom and liberty that is our birthright as Americans.

He has almost the perfect professional background to be the attorney general.  As the former U.S. Attorney of the Southern District of Alabama under President Ronald Reagan, he gained practical experience in the most important prosecutorial work that the Justice Department is supposed to do every day: enforce the criminal and civil statutes of the United States.

That is something that the Justice Department has neglected to do in a number of areas—such as immigration—under the leadership of Eric Holder and Loretta Lynch.  In fact, Sessions’ most difficult job will be reversing the unprofessionalism and downright unethical conduct that has infected parts of the Department in recent years, the result of decision-making being driven by politics rather than a commitment to uphold the law.

While many lawyers have the kind of practical experience Sessions gained as a prosecutor, not many have been a state attorney general.  It is that experience that helps make Sessions the best choice.  As the former attorney general of Alabama, Sen. Sessions won’t have a lengthy learning curve; he already has the administrative experience of running a law enforcement agency.  More importantly, he has a keen appreciation of the fact that we are a federal republic, which means that state governments are independent sovereigns, not provincial subdivisions of the federal government.

Those who believe in a “living” Constitution look on state sovereignty as an anachronistic anomaly that must be crushed.  In a time where we face a federal government that has expanded its power far outside the boundaries set by the Constitution, often with the help of the U.S. Supreme Court, having an attorney general who believes in the limited government intended by our Founders and respects the sovereignty of local governments is essential to preserving our freedoms, our liberties, and our constitutional republic.

Sessions’ experience as a U.S. senator also gives him a valuable perspective on the job at Justice.  He understands and appreciates the importance of the constitutional oversight role of Congress.  This is important given the dismissive and contemptuous attitude displayed by former Attorney General Eric Holder and other Obama political appointees towards congressional oversight.

It was that attitude that eventually made Holder the first attorney general in history to be held in contempt by the House of Representatives. The action resulted from his refusal to provide Congress with information about Operation Fast & Furious, the most reckless law enforcement operation ever conducted by the Justice Department.  One thing we know for sure: no such operation would ever have been conducted under Attorney General Sessions.

Finally, Sen. Sessions is battle-tested. He has shown that he will stand up to the vicious and spiteful lies cast by the Left in the heat of political fights over constitutional principles.  When Sessions was nominated by President Reagan to be a federal district court judge, he was the target of a malicious campaign. Then-senators Joe Biden and Ted Kennedy, aided and abetted by left-wing activists inside the Justice Department’s Civil Rights Division, pounded him relentlessly with trumped up accusations of racism. Unfortunately, their smear campaign was successful, and Session’s nomination was voted down by Democrats in the Judiciary Committee.

But Sessions refused to wither under the venomous attacks. He went back to Alabama and campaigned to become the state’s attorney general. After winning that election, he ran for—and won—the U.S. Senate seat.  In the ultimate political revenge, he ended up on the Senate Judiciary Committee sitting next to some of the senators who engineered his defeat.  His resolve to stand his ground and fight in the face of false and relentless media attacks is an essential requirement for any conservative who serves as U.S. attorney general.

Sen. Jeff Sessions will be the first attorney general of the United States from the great state of Alabama, my home state.  I have no doubt that he will do the job that needs to be done – restore the professionalism and unbiased administration of justice that should be the hallmark of the U.S. Justice Department.  Roll Tide!