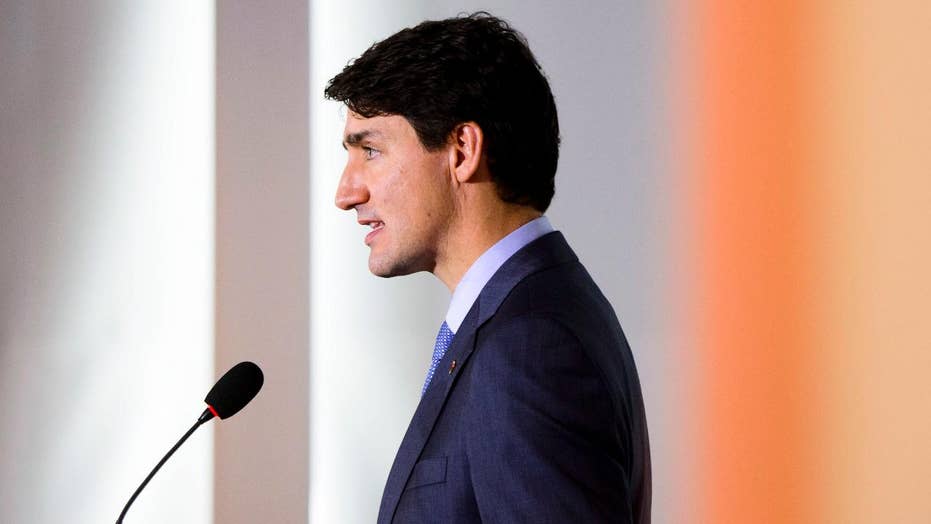 At 25 years old, the North American Free Trade Agreement (NAFTA) is no longer the best free trade agreement for many American workers and businesses. When it was signed, NAFTA was an innovative trade agreement that produced unprecedented trade and commerce throughout North America and showed how the growth of free and fair trade benefited the United States. But now, 25 years later, NAFTA no longer offers 21st century protections for a modern economy — just think about how much technology has changed.

America’s workers and economy need a new trade agreement with Canada and Mexico. An agreement that brings new opportunities to local communities while making American-made products more competitive in the global marketplace. The newly-negotiated United States-Mexico-Canada Agreement (USMCA) is that agreement.

During my time in the Senate, I advocated for smart trade policies and agreements that would strengthen American industries, from energy and manufacturing to farming and ranching. I understood the importance of having a competitive North American trade agreement that maintains relationships with Canada and Mexico while protecting American jobs.

The USMCA is a welcome agreement for workers and industries that depend on free, fair, and rules-based trade. That means America’s farmers and ranchers — from dairy producers to tomato and almond growers. It also means American auto workers and manufacturers as well as all of the small businesses along those supply chains. The energy and technology industries will also be more competitive in today’s economy because of this agreement.

According to the U.S. Chamber of Commerce, trade with Canada and Mexico supports 14 million American jobs. Failure to approve the USMCA puts these jobs, the nation’s historically low unemployment rate, and record high stock market at risk. Approving this commonsense trade agreement ensures this trend continues.

Being a senator often times meant negotiating, compromising, and working across the aisle to deliver the best possible policies for North Dakotans and the American people. I did not always get everything I wanted, but I did not let perfect be the enemy of the good. The USMCA contains many wins for our country, and Congress must commit to compromise in order to pass it.

For example, the USMCA takes great strides to make North Dakota wheat more competitive in Canadian markets and to protect American intellectual property. Critical to the 21st century, the USMCA creates rules of the road for digital trade, ensuring online businesses trade on a level playing field. The stronger intellectual property protections contained in the USMCA are essential to supporting American innovation and research, especially for patients who depend on life-saving medicines.

For the sake of American competitiveness, it is time to put partisanship aside and pass this crucial agreement.

Some opponents of the USMCA are concerned that the agreement does not do enough to protect American workers. But this argument ignores the important wage and worker protection provisions that ensure U.S. manufacturing jobs do not end up in Mexico. The USMCA’s new labor provisions are some of the strongest this country has in any trade agreement, and, they are fully enforceable. If Mexico or Canada fails to meet the high standards set out in the USMCA, the U.S. can hold them accountable. Without the USMCA, these strong worker protections will not go into place, putting our country’s most valuable resource — the American worker — at a disadvantage.

One of the biggest problems with NAFTA is that it is outdated and is no longer the best trade agreement to serve Americans in the global marketplace. That will not be the case with the USMCA because each nation will review the agreement every six years. This periodic review makes certain that U.S. workers and job creators continue to benefit from the USMCA for years to come by allowing updates and improvements as the world changes. The American worker and economy will not have to wait another quarter century to win again.

The USMCA is a strong, modern free trade agreement that puts the interests of American workers and job creators first. With strengthened protections for critical industries, enforceable labor provisions, and a review every six years, the USMCA should garner the support of all members of Congress. For the sake of U.S. competitiveness, it is time to put partisanship aside and pass this crucial agreement.

Heidi Heitkamp is a co-chair of Trade Works for America – a bipartisan coalition working to secure passage of the USMCA – and served as a U.S. senator for North Dakota from 2013 to 2019.