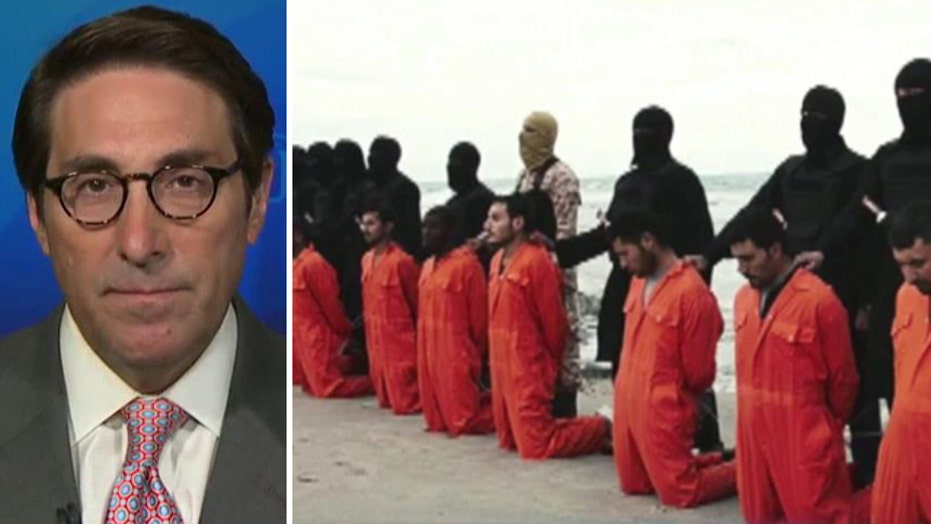 Jay Sekulow: Time running out to save Christians from ISIS

Author of 'Rise of ISIS: A Threat We Can't Ignore' calls on international community to start engaging issue

The recently displaced archbishop of Mosul, Iraq was speaking with particular candor when I met him last fall in the Middle East.

He said, “People in the West say ‘they don’t know.’ How can you not know? You either support ISIS or you must have turned off all the satellites. I am sorry to say this, but my pain is big.”

The people whose lives have been threatened or destroyed by ISIS just don’t understand how this pre-modern evil could run unchecked.

Like so many Christians in Iraq and Syria who watched ISIS kidnap their leaders, burn their churches, sell their children, and threaten all others with conversion or beheading; the archbishop wonders how it is that these maniacs so easily took his home city this summer?

The people whose lives have been threatened or destroyed by ISIS just don’t understand how this pre-modern evil could run unchecked.

It is a good question.

Mosul is Iraq’s second largest city and was once the home of Iraq’s most vulnerable and persistent Christian community, tracing their lineage nearly to the time of Christ.

Now there are no Christians left.

All of this happened under the watchful eye of West, and while you’d hope that the humanitarian threat alone would have motivated the West to act, you would be certain that Mosul’s strategic importance would do so.

Mosul was easily taken by ISIS troops, riding in on their decrepit pick up trucks with guns bolted to them. Her ancient streets have since been turned red with innocent blood, and the city has become a base for a jihad that rages wildly throughout the entire region and boils underground in scores of countries throughout the world.

The archbishop’s perspective represented the sentiment of nearly everyone I have met or have communicated with in the region. The people whose lives have been threatened or destroyed by ISIS just don’t understand how this pre-modern evil could run unchecked.

They wonder how it could be that it took the most powerful nations in the world, using airstrikes, over four months with the help of Kurdish forces to defeat a few hundred jihadists waging war in the town of Kobani, and how it is that ISIS has been able to openly run its “state” from a self-determined capital city called “Raqqa” without the daily threat of hundreds of unrelenting airstrikes.  They also wonder how it is that Turkey’s border remains so porous allowing jihadist after jihadist to readily join ISIS.

The examples of Western inaction are unending.

At present, as many as 300 Assyrian Christians remain in captivity having been kidnapped two weeks ago as ISIS assaulted ten Assyrian, Christian villages along the Khabour River in Syria.  That assault was conducted by a group of ISIS fighters travelling in a convoy of more than 40 clearly marked ISIS vehicles directly toward these vulnerable, Christian villages.

How is it possible that Western satellites didn’t spot a forty-car ISIS convoy in route to unarmed Christian villages in Syria, and if it was spotted how is that it wasn’t destroyed?

Over and over again, our coalition leaders have demonstrated that they aren’t as serious as they need to be about this threat and it’s time that we put increasing pressure on governments to do more. Now.

The prevailing argument against Western engagement, or Western support of regional engagement, remains a sense that this is “their” fight and not ours. Critics say, “it’s high time the Middle East takes care of their own issues.”

As I chronicle in my book "Defying ISIS" we have witnessed the threat of ISIS spilling over our own borders again and again.

In the last few months we have watched in horror as ISIS sympathizers have attacked innocent people, businesses and governments in at least the United States, Canada, France, Australia, the United Kingdom, and Belgium.  Even as we’ve watched wanna-be jihadists travel to and from America and Europe on western passports to fight in the ISIS jihad themselves.

Their propaganda machine is causing mega-corporations like Google and Twitter to struggle to keep up with the amount of jihadist propaganda showing up online every single day, and, shockingly, one study recently noted that one-in-five Arabic language tweets in the United States and the United Kingdom referencing ISIS were in “support” of the organization.

Not dealing with it seriously is simply not an option.

We expected Syria would fix itself as well.

And what did it get us?