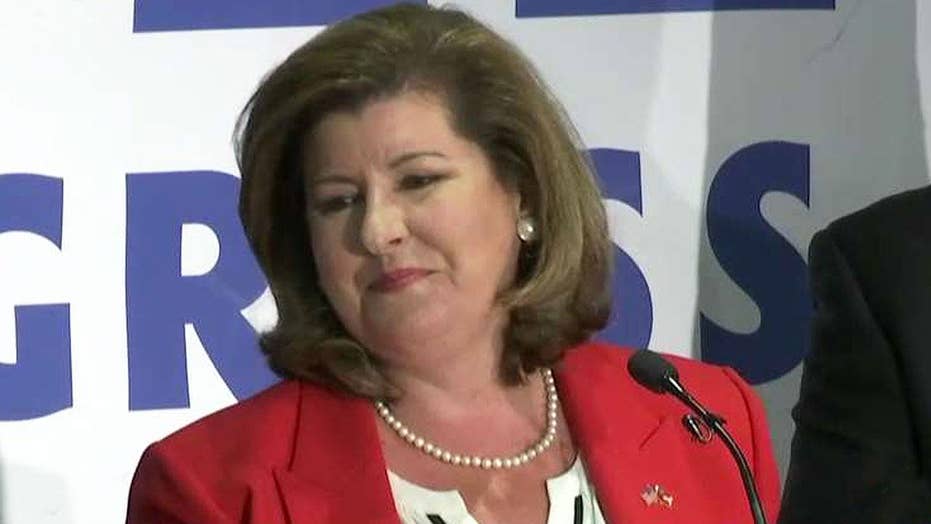 Editor's note: The following column originally appeared on The Resurgent.

In 2016, Democrat Rodney Stooksbury got 38.3 percent of the vote in Georgia's 6th Congressional District after spending only around $1,000. Less than a year later, Democrats spent $30 million to get only ten percent more of the vote and still lose.

There are some real issues here that the cheering and moralizing will overlook.

Democrats will say it should not have been so close, but Republicans can counter than outspending the GOP and still losing is a big deal. It is. The Democrats can note that the GOP was winning this district by twenty points regularly and now are barely winning. That is true, too.

But there are some fundamental problems for Democrats that they are going to overlook as they declare moral victory.

First, the national netroots rallied to Jon Ossoff, who was completely unknown to the sixth congressional district. There was a state senator from within the district who had a built in constituency that crossed party lines. But that guy got rejected for this unknown who lived out of the district.

Second, Ossoff did live out of the district and that cost him a number of votes. Democrats want you to believe this race was about health care and a referendum on Trump. The reality is more voters talked about Ossoff being a carpetbagger than they talked about where either candidate stood on the issues.

Third, Democrats got cocky. In the last two weeks of the race they started knocking on Republican doors to try to turn out the vote. Yes, they needed to persuade persuadable Republicans to vote Ossoff, but they did not just target those voters. They blanketed the district, knocking on the doors of Trump voters. They saturated the district with robocalls. They overbought television advertisements. They overexposed their candidate.

Fourth, Ossoff never defined himself. He went negative on Handel, who had won this district in three elections and who was known by 90 percent of the district. He could not define a woman who everyone already knew and mostly liked. But no one knew Ossoff and he got defined as a Pelosi loving carpetbagger.

That leads me to the fifth point, Nancy Pelosi is as much an anchor on the Democrats as Trump is on the GOP, if not more so. If Democrats want to win GOP seats, Pelosi needs to stay in the shadows.

Sixth, Ossoff was way overexposed. People got tired of his ads. They were on constantly. They never changed. People tuned them out over time. He never shook up the advertisements or rolled out new attacks or positive messages. Democrats saying this was about health care want to focus on his literally last two days where he talked about health care. He otherwise did not go deep on policy on the campaign trail.

Seventh, this was a Republican district that was won by a well known and liked Republican who was able to offset poor fundraising with high name ID and likability. Trump voters turned out for her and got her across the finish line.

Eighth, and this is the most important point, Ossoff ran as a moderate Republican. He never attacked the president and opposed universal health care. But the national noise about this campaign filtered in. Local voters and local news coverage knew the national progressive activists viewed an Ossoff win as another step towards the impeachment of President Trump. By being so vocal about the implications of this race, the Democrats fired up the GOP voters to defend Trump. It is a poor strategy moving forward for them. This is a district they need and they lost it.

Ninth, despite the rhetoric, you should know that this was one of the most civil races I have witnessed. Yes, there were crazies and bad things happened to both sides, but largely the candidates and campaigns were very civil to each other and the attacks were relatively mild.

Tenth, expect Karen Handel to be her own person in Congress. She will stand up to both sides and she will not be a yes woman for anyone.

Jon Ossoff too will come out of this with an enhanced reputation among Democrats. He is going to be a force to contend with in the future. His political career is just starting.