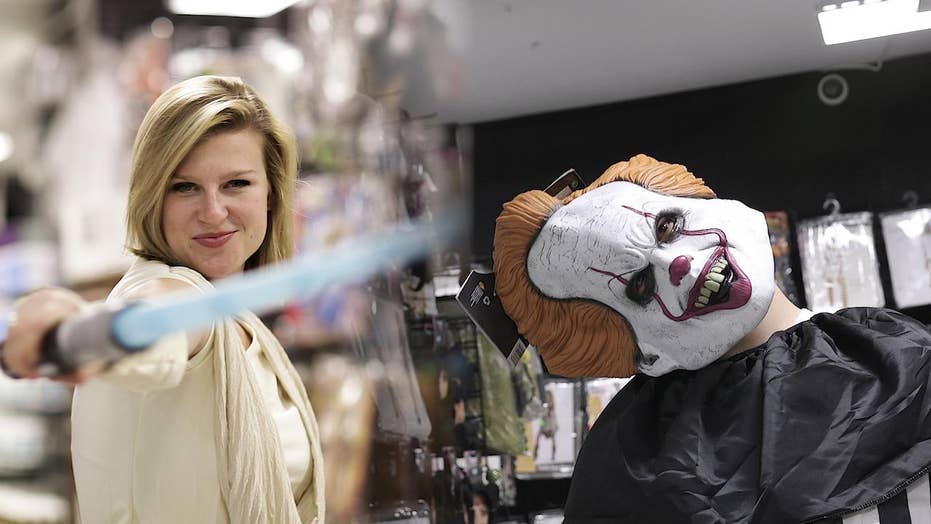 Halloween is almost here – and a costume for little girls has prompted oh-so sensitive and oh-so politically correct progressives to get all worked up over cultural appropriation, white privilege and the oppression of minorities.

With all the problems in the world, some folks are focusing on whether it’s OK for girls who are not Polynesian to dress up as Moana – the beloved Disney character in an animated film of the same name who is the daughter a Polynesian chief.

The great debate was sparked by Sachi Feris, a mother who wrote on the blog Raising Race Conscious Children that she would refuse to dress her white daughter as Moana for Halloween for fear of “cultural appropriation and the power/privilege carried by Whiteness, and about Whiteness and standards of beauty.”

The New York Post, People, Redbook and other websites quickly wrote about this burning issue of our times. In calling on parents to use Halloween as an opportunity “to teach your kids about the importance of cultural sensitivity” the Redbook article (also published in Cosmopolitan) admonished moms and dads: “If your kid wears a racist costume … you’re kind of wearing it too.”

Taking advantage of the collective guilt felt about our nation’s past sins, many white liberals respond with an oversensitivity to any potential act of racism today. That’s why they go around tilting at windmills, claiming to be the “good guys” on the side of justice.

The message of political correctness gone wild is clear: the Moana costume is racist and you are a bad parent if you allow your child to wear it.

And Halloween outrage and hyperventilation isn’t just for kids. It’s open for all ages. Adult-toddlers in American universities might be equally offended this season as well. So, our nation’s institutions of higher learning are taking necessary precautions.

Tufts University encouraged its students to report any “inappropriate and offensive costume” to the police. Violators could be subject to an investigation by campus police and potentially face “serious disciplinary sanctions.”

Tufts campus police will surely welcome the opportunity to crack down on the costume crime wave, including “costumes that appropriate cultures and reproduce stereotypes on race, gender, sexuality, immigrant or socioeconomic status” or relate to “tragedy, controversy or acts of violence.” That sweeping definition is broad enough to cover just about any costume – maybe even some everyday clothing.

The University of Texas issued a 29-point checklist about offensive Halloween costumes.

And Princeton University’s Center for Equality and Cultural Understanding held a “dialogue” about “why culture is not a costume.”

What’s next? Perhaps mandatory DNA testing to determine who is allowed to wear what on Halloween?

Extreme as campus political correctness sounds – and as ridiculous as the Moana outrage is –both make sense when placed in the context of white-guilt politics.

Acclaimed race relations scholar Shelby Steele defines white guilt as “the vacuum of moral authority that comes from simply knowing that one’s race is associated with racism.” Thus, for many Americans, “their white guilt wants no obligation to minority development. It needs only the display of social justice to win moral authority.”

Taking advantage of the collective guilt felt about our nation’s past sins, many white liberals respond with an oversensitivity to any potential act of racism today. That’s why they go around tilting at windmills, claiming to be the “good guys” on the side of justice. Any manufactured cause, from Disney costumes to campus “safe spaces,” is an opportunity for them to win moral authority.

First, these left-wing “activists” only need the appearance of social justice to meet their objective. The results of their work don’t matter. It doesn’t matter that their identity politics has led to more division in our country. They don’t care about the long-term effects of bad government policies on underprivileged communities, so long as politicians can say they developed a new program.

It doesn’t matter how minority students perform in their universities, so long as the photo-ops make their campuses look diverse. They’ve completely embraced the idea of perception as reality, so actual reality is immaterial to them.

Secondly, a nation mired in guilt from its past can’t unite in the future. While it’s important that we learn from the lessons of history, we must acknowledge that we can’t atone for them.

As famed economist and philosopher Thomas Sowell wrote: “Galling as it may be to be helpless to redress the crying injustices of the past, symbolic expiation in the present can only create new injustices among the living.” If we see everything through prism of our racist past, we can’t work together for a better tomorrow.

And by the way, in case any readers think Shelby Steele, Thomas Sowell and I are a bunch of insensitive white racists, please be advised that all of us are black.

Hysteria over petty issues like Halloween costumes will continue as long as the politics of white guilt pervades American culture. While good-hearted families celebrate with their loved ones on Tuesday, any costume that can be misconstrued as insensitive racially, culturally or in some other way will be attacked on social media by people who make a living off dividing our nation.

Instead of trying to pit us against each other while raising the banner of “social justice,” concerned citizens should not waste time determining the political correctness of children’s costumes. Together, Americans of good will from every background imaginable should focus on what unites us and build a better future for us all and for our children.