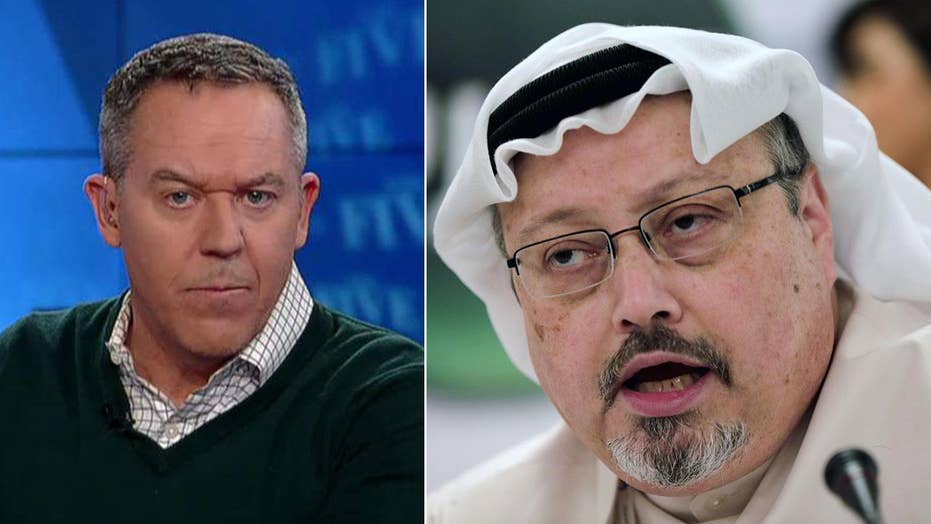 Gutfeld on Trump's response to Khashoggi

Why do the media freak out whenever President Trump tells the blunt truth about a policy we were OK with before him?

So did the prince kill Khashoggi?

That's from Trump, causing today's hair-burning media freakout. Which happens whenever Trump tells the blunt truth about a policy we were OK with before him.

So now you’re pissed over the Saudis.

After decades of human rights abuses, terror-enabling -- this is what gets your goat?

According to Ben Rhodes, in 2009, when Obama went to Riyadh, the Saudi king gave each staffer a pile of jewels. And the first couple £100,000 worth of baubles which were accepted, they were sent to the national archives. -- That beats a washer-dryer on “The Price is Right.”

But even back then we knew Saudi Arabia, they were different. But -- they were allies. And allies can suck.

So maybe the boss's son had Khashoggi offed. Or maybe not. Which is it?

Think hard. It's a card game.

If you say the prince is guilty, you're committing poker suicide by folding, while holding all the best cards. Sure, playing your moral ace might please the media.But winning their approval wins America nothing. It just wastes a great opportunity.

But hold off and say, "maybe, maybe not," and you come out ahead. And the pot you want to win impacts your country’s happiness.

If you've spent your life playing this game, keeping your cards close and waiting, you know: America has the Saudis over a barrel. Millions of barrels, really. And in negotiations, that means you can get something big from them, that you couldn't get before.

Middle East progress? A chance for peace in Palestine and Israel? The ability to influence oil prices?

For sure it'll be more than a pile of dumb jewels.