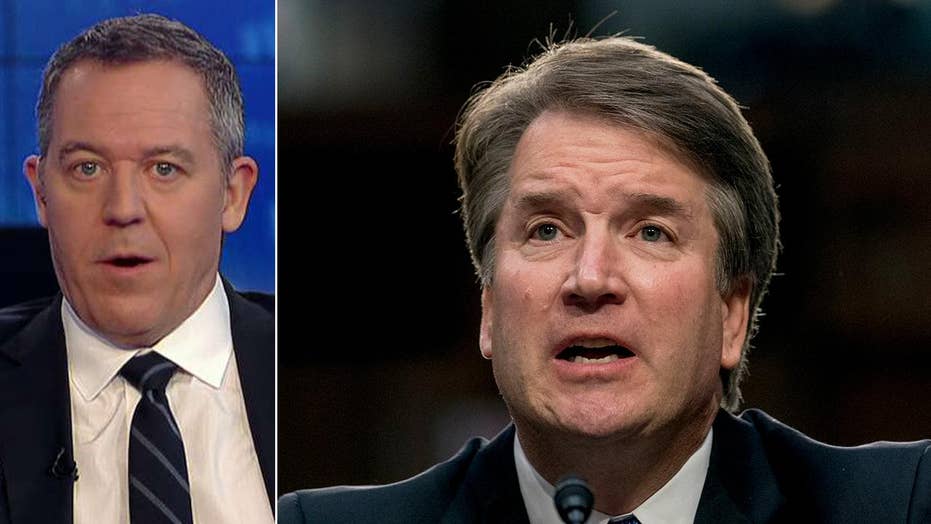 Gutfeld on the media's divisive coverage of Brett Kavanaugh

As Halloween approaches, media clowns are out in full costume of hypocritical outrage, accusing everyone else of ginning up anger. How dare you, be so coarse, they cry. My response: cram it you jerks -- let’s rewind two months.

When we watched a man get destroyed before his family -- enabled by a salivating hateful media blindly embracing unverified slime packaged by a well-oiled machine. The accusations were gross -- nothing close has ever come from the other side.

As women in costume suggested a future where Kavanaugh would enslave and brutalize women. Left wing nuts crashed the hearings. Outside, they hounded Republicans, egged on by Democrats. And those defending due process were branded abuse-enablers. An entire party tried to pit gender against gender. Remember?

What would you call that rhetoric? Divisive?

So now, months later, we find that NBC might have sat on info that would have discredited claims of that litigating loon, Michael Avenatti.

Apparently, NBC had the info for weeks about a "witness" Avenatti gave to them, who instead of backing Julie Swetnick's allegations, denied them. She also accused Avenatti of twisting her words. Yet, this news went nowhere, allowing attacks on the Kavanaughs to flourish or what Pelosi called collateral damage.

And now, a day before Halloween, the same blind, self-obsessed media who aided one of the ugliest spectacles in recent history, are knocking at your door, demanding soul searching from you and me.

They pray you don't remember. But we do.

Sorry, no candy for you, kids. Get off our porch.