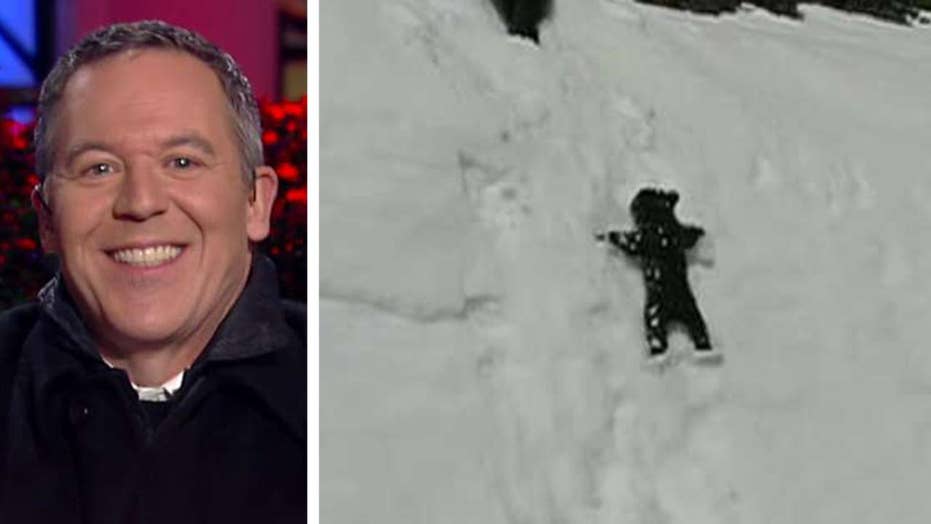 Gutfeld on the bear video

Viral video of a bear cub trying to climb a snowy mountain could be a parable for the midterm elections.

I kid the lying litigator and the fat felon.

It's great tape of a mama bear, scaling a mountain with a baby bear close behind. Until the baby bear loses its footing. But then regains its footing and climbs again. But as the cub gets close...down it goes and the cub keeps trying...nearly to the top.

Anyway, the cub gives it one last try, and -- makes it back to mom.

I think this is really cute, even though both of them would rip you to shreds given the chance. Adorable, but vicious, a lot like "Today" show anchors.

Of course, this raises an important question. Why am I showing this video? Am I that bored with politics? Yes.

But even more, it's a parable about persistence in the face of failure, and I don't mean Hillary. It's about you the viewer, who every day has to climb over mountains of self-appointed experts telling you nothing. The polls, predictions, the bad haircuts.

Midterms are like the Super Bowl for the uncoordinated. Or maybe this was just a desperate analogy, so I could use this bear video.

What can I say, I like bears. Even the mean one named Brett.

Adapted from Greg Gutfeld’s monologue on “The Five” on November 5, 2018.